This week, the European Aviation Safety Agency (EASA) issued a mandatory airworthiness directive (AD) calling on airlines to paint and ignite their A350 to prevent the partial or complete loss of some avionics systems or functions. two years ago. Indeed, in 2017, EASA issued a directive on a possible problem with A350 aircraft. The risk will result from damage to the cooling system, which may result in overheating of the appliance and fire in the tanks. Airbus warned airlines and announced it was preparing a software update to solve the problem.

The new version of AD does not include the new A350-941 models whose patch is installed from the production line. However, the older A350-941 models must be fully deactivated by airlines and powered every 149 hours. The problem with the Airbus A350 was described as similar to that of the Boeing 787 Dreamliner in 2015. In fact, a memory overflow problem was detected that resulted in the suspension of 787 Dreamliner models after 248 days. After that period of time, a software counter will be issued in the generator's firmware.

In the case of the Airbus A350, the problem was identified for the first time in 2017 and EASA proposed a solution. The mistake is not new as the first warning was issued by the EU Aviation Safety Agency two years ago. She said that some Airbus A350 models will be restarted after exactly 149 hours. LASEA has put this warning on several occasions after loss of communication between some avionics systems and avionics. 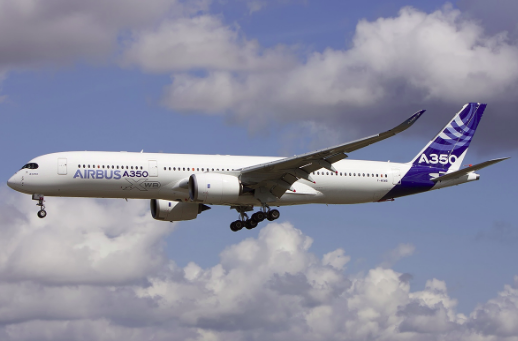 The impact of failures ranges from loss of surplus to total loss of a specific function hosted on remote data hubs and common I / O modules. Since then, there has been an Airbus mosaic to solve the problem, but airlines look distorted. As a result, EASA stated that the Airbus A350-941 problem is very simple. You either need to install software updates provided by Airbus for permanent cure, or paint and resume the aircraft every 149 hours.

The new AD version notifies that only the new A350-941 models are exempt from this directive because they receive the corrected software from the production line. In other words, there is already a patch and, as a markedly higher one, all new planes are applied. The rest of the A350-941s must be completely de-aerated by the airlines and returned back before the airplane reaches 149 hours of continuous powering. Airlines are not immunized to apply the patch, but they do not seem ready to apply it.

In fact, planes are kindled regularly when they are boys at airports so engineers can routinely check the system. The only thing that forces airlines to restart their aircraft every 149 hours is that airlines themselves do not want to decommission their aircraft long enough to apply the manufacturer's update. This logically means that if the old Airbus A350-941 models still suffer from this software glitch, it is usually the fault of the airlines, not the air filter.

That said, will it be so much to lose the ground nailing, to fix it once for good, to reboot it all the time? In community sites, some people think that EASA has not given the right order to airlines that prefer to restart the plane instead of choosing the radical method. According to them, AESA would have to give airlines ultimatum to implement the software patch in pain that their A350 models slam their nails, as it has been more than five months for the Boeing 737 MAX.

The numerous additions to the 737 MAX MCAS still do not solve the problem of the aircraft. Based on the latest FAA pilot analysis, Boeing's 737 MAX software exceeds the aircraft's on-board computer. This week, for example, US Boeing planner may stop production at 737 MAX because of the economic impact of the five-month crisis.

What is your opinion on the subject?