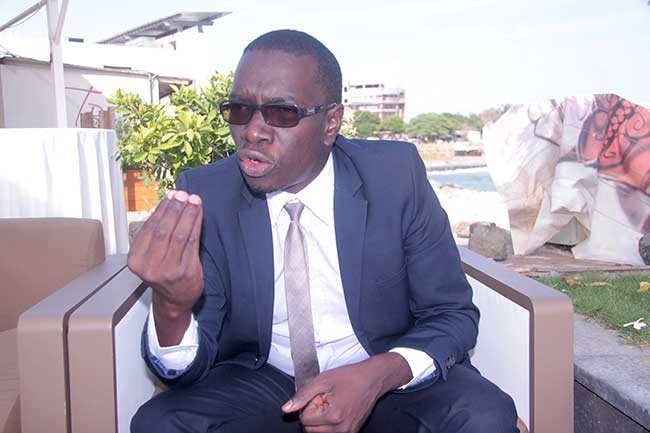 Musa Bocar Tiam is surprised that Saliu Sal's salary for Petro Tim ($ 25,000), more than 12 million, can move some. He reveals that Abdul Mbai and Mustafa Diahate had 65 million a month for Prima and 13 million for the former president of the Bibi parliamentary group. The president's brother's lawyer made his "argument" on Saturday for the BBC's disclosures, its development and bets on Senegal oil and gas contracts.

The best way to protect yourself is to attack. This is the strategy of Moussa Bocar Thiam, who went on a Saturday offensive on behalf of his client Aliou Sall. Faced with the press at the Maison de la Presse, the lawyer read his statement to the cameras to dismantle the BBC accusations he described as "free" and "speculation skillfully organized by multinational companies, lobbies and opponents of the current regime." Reacting of Aliou Sall's salary in Petro Tim revealed by the BBC, Me Thiam reveals in turn that as Prime Minister Abdoul Mbaye has received "65 million FCFA per month." By phone, for details, he claims to have evidence and details : "He had 15 million as a gross salary and 50 million political coins "As for Mustafa Diahate, Musa Bocar Tiam claims he had" 13 million a month, "including salary and allowances when he was chairman of the Benno bokk yaakaar parliamentary group. And to add: "To say that the decrees are signed on the basis of untruth, Adul Mbae tells the truth, as he has received a complete dossier with the titles for the existence of the companies Petro Tim, Timis and Petro

Asia. "According to Aliou Sall attorney, there is no evidence that Senegal's oil and gas are sold. On the contrary, he argues that "Senegal will earn 420 billion CFA francs annually, or 35 billion a month." He explains: "After exploitation, a 75% share of gross output will be retained to pay for investments or oil costs granted since the start of the survey, with the remaining 25% being profitable and distributed between the state on the one hand and the association made up of private companies and Petrosen on the other. "

Asia. "According to Aliou Sall attorney, there is no evidence that Senegal's oil and gas are sold. On the contrary, he argues that "Senegal will earn 420 billion CFA francs annually, or 35 billion a month." He explains: "After exploitation, 75% of the gross output will be retained to pay for investments or oil costs granted since the beginning of the survey, the remaining 25% being considered as profits and will be distributed between the State on the one hand and the Association, composed of private companies and Petrosen, on the other hand, stating that the state would win offshore deep offshore Saint Louis and deep offshore Cayar deposits around 420 billion francs CFA a year, but it also minimizes the sale of Timis Corporation , which he thinks is "About $ 250 million or just over 100 billion CFA francs." The mayor of Ourossogui believes that "Aliou Sall has finished demonstrating in front of Senegal his greatness and virtues," convinced that there are very few people who dare to swearing in the Qur'an, the last bastion of our existence before wickedness, cunning and injustice. He thus invites both to calmness. "In the context of the withdrawal of companies, it is important to stop a purely political discourse, harmful to future generations. Now is the time to build together Senegal, whose discovery of oil is grace, not a curse, "he said.