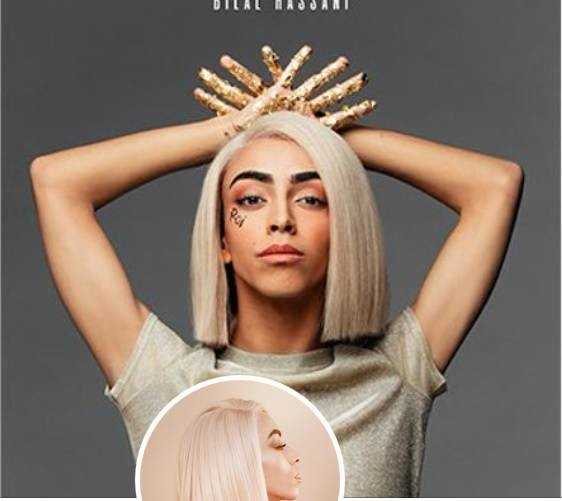 At the age of 19, Bilal Hasani dominated the debates during the first French semifinals of the Eurovision Song Contest, the great singing competition where Europeans compete on stage every year. He is one of eight qualified candidates for the finals on January 26, 2019 and is a favorite of the event. With a beautiful voice and true sense of the show, from Morocco and a homosexual, Bilal Hasani is a candidate that unleashes passions.

Bilal Hasani began his artistic and media career in 2015 during the second season of The Voice Kids, where he qualified for Patrick Fiori's singing team. Sunrise like a phoenix by Conchita Wurst, the Austrian singer, known for her feminine look, bearded. Its originality was quickly marked by the audience, and in 2018 it was named by the Tétu magazine as one of the LGBT personality that moved France.

The young boy has tracked down his Youtube channel where he takes the songs that marked him and made more personal messages like the fact that he fell in love with a heterosexual or was fired from his Catholic high school because he was gay. Videos that for some have been watched 5 million times and speak to young audiences.

His first voice after "The Voice", Bilal Hasani, owed his origin because he originally imagined he was of Algerian origin. But before the violent reactions of social networks he posted a video with pride, saying he was connected to Morocco, where his father and his mother came from. Many Moroccan Internet users have expressed in their comments the pride that this artist accepts his sexual orientation.

But Bilal Hasani has also been the victim of harassment on social networks and talks again on his channel on YouTube on November 13 to defend himself. " People are so upset about me just because of my existenceHe then trusted that he condemned those who sparked hatred just for pleasure twitter : "МAlthough I can not be the same as the person who will find me, we are all human. We can live together and love, because I do not worry anyone "

His song "King," written by duo Madame Monsieur, the duet who wore the colors of France last year at Eurovision, will try to crown this evening against Emanuel Moar and Chimène Badi, other great favorites,