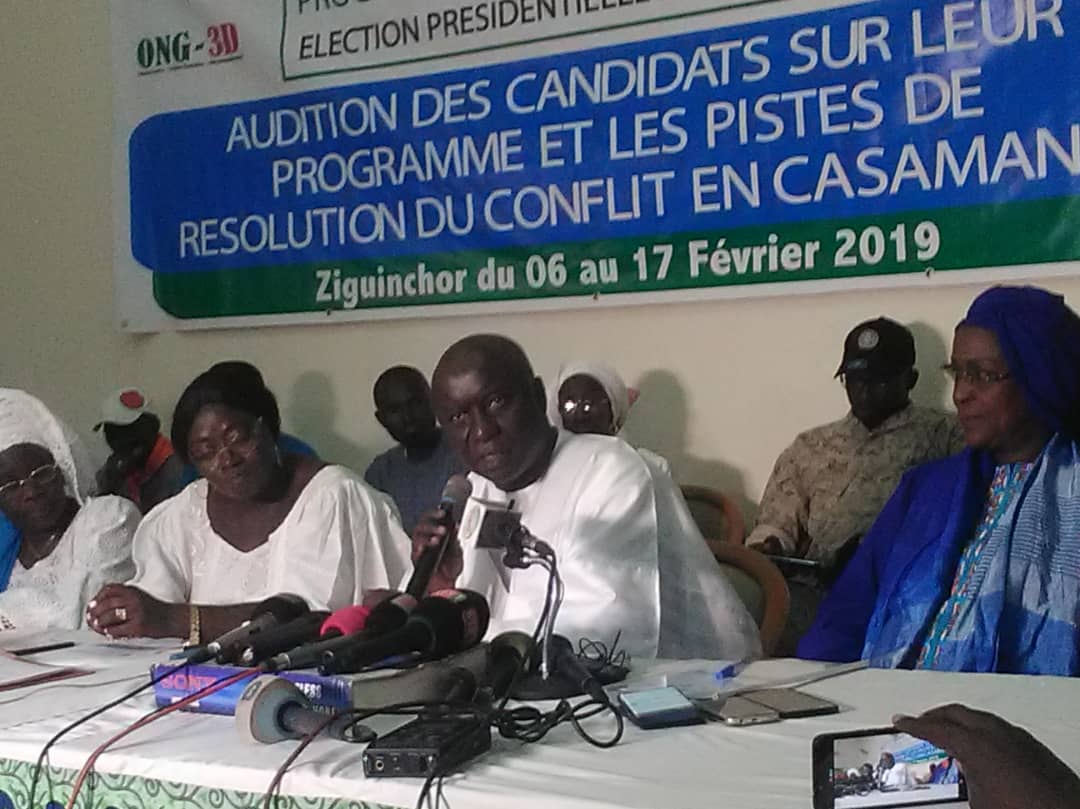 The candidate's engagement is concretized by signing a letter from which he reads the content to the partners and the press. "The question of peace in Casamans will be central to our program," the former prime minister promised.

Amsatu Ceu Sidibe, an ally of Idrisa Sek, called on women to vote for him, to take him to the palace, to work together to bring peace to this south of Senegal, which has experienced rebellion. "If we vote for Idrisa Sek and he goes to the Palace, it is clear that the peace will be in Kazamans," she said.

The chairman of the platform said he had not heard the outgoing president
For the Chair of the Kazamans Women Peace Platform, Ndeye Marie Diedhiou, women's participation in resolving the conflict through urgent and transparent negotiations, that of the MFF and civil society are important. She claims to have met other candidates who are Isa Sal and Madike Niang.

Although the outgoing candidate was passing through the region for his election campaign. The president says he did not know him. "We are expecting the other candidates we have not met with Mackay Sal, he does not seem to know," said Ms. Dijo, calling on signatories to "honor their commitment" after being elected.