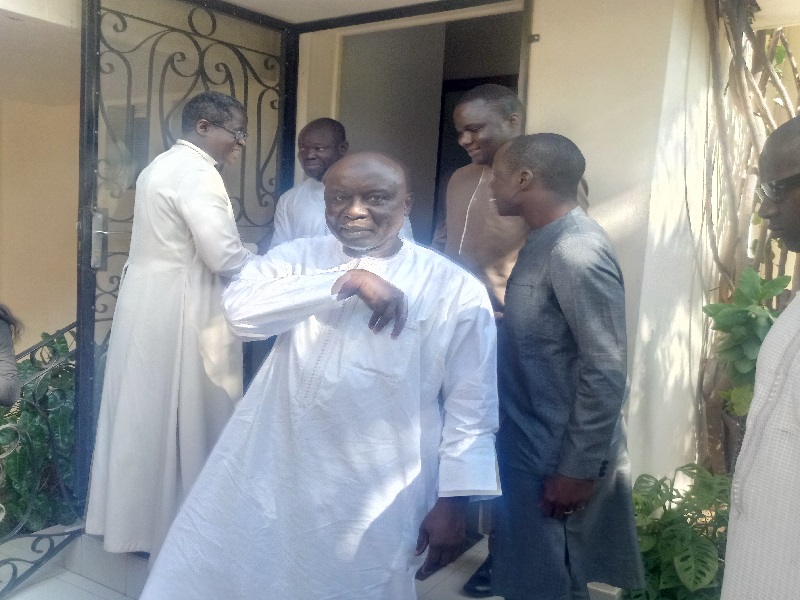 The leader of Rewmy, who is also a candidate for the presidential election, has spoken of tensions that intensify the political climate in Senegal, as well as appeals for restraint to religious leaders. And for Idrisa Sek, who visited the Dakar Archbishop on Friday, January 25, it is up to the ruling party to set a good example by guaranteeing the justice, the physical integrity of all Senegalese citizens with justice.

"The stability of the country, the security of people and their property and the proper administration of justice are the tasks of each responsible state. And the whole country has been witnessing, over all these years, particularly severe, judicial and physical attacks on the opposition's actors, "he said.

Let us proceed: "Of course we will do everything we can to the level of the peacekeeping opposition in our country and that especially the citizens' choice does not change, falsify or hinder. This requires an electoral process in which the rule of law will be guaranteed. "

Mr Seck says there are no "personal concerns", while noting that "injustice, injustice, opacity are factors of tension and violence."

Returning to his visit to Monsignor Benjamin Ndiay, the President of Tires County Council said he was falling within "regular visits to the various religious authorities in the country."

Before adding: "So this time we came naturally in a very specific context to meet with the Archbishop of Dakar to first seek his prayers on the timing that we are going to, so that the peace and stability of the countries are preserved and that all our thoughts and actions are aimed at serving the country in the best possible way.