Oil is progressing, driven by a possible decline in production 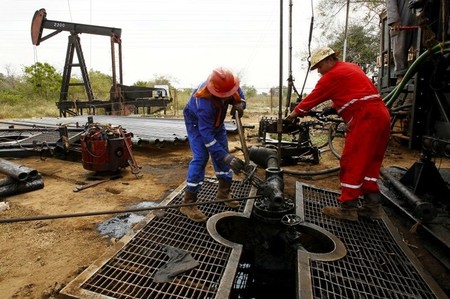 "As oil prices plummeted last week, OPEC leaders have sent strong signals that they will do whatever it takes to support the market," said Daniel Gali of TD Securities.

According to Bloomberg, Saudi Arabia has contacted other members of the Organization of the Petroleum Exporting Countries (OPEC) after oil prices fell last Wednesday to discuss measures to boost them.

The organization and ten partner countries, including Russia, have been committed since 2016 to an agreement to reduce their production.

OPEC may exacerbate these downturns as trade tensions between China and the United States remain sharp and threaten global growth.

The slowdown in economic activity implies a decline in demand for black gold, which pulls the price of a barrel down.

The International Energy Agency (IEA) lowered its forecast for global oil demand growth in 2019 and 2020.

Its forecast growth in crude oil demand for this year has been revised downwards by 100,000 barrels per day (mbd). It is expected to reach 1.1 mbd in 2019.

The economic situation is "becoming even more precarious" with persistent trade tensions between the United States and China, notes the agency, which advises developed countries on their energy policies.