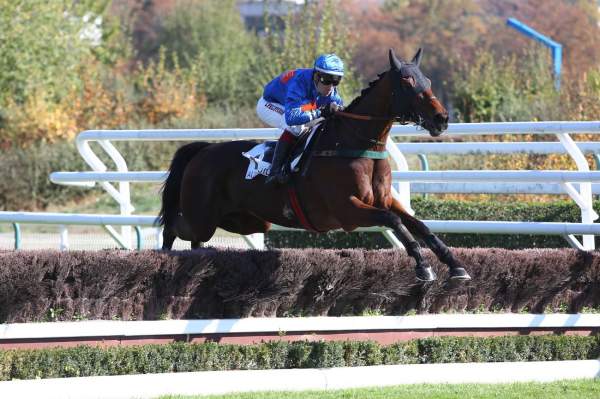 on Price Ingré, one of the highlights of this Saturday's Oteville meeting, is a beautiful starting point for the Grand Spill-Chance of Paris. The proof: MID DANCER (2011) LIFE (2013) THE GOLD OF THE WORLD (2014) and MILRD THOMAS (2015) are genuinely common for having won this Gr.III before being awarded, the same year, the main event of Butte Mortemart's racing field calendar.

What are the ideas of the 2019 edition of this event? The aforementioned 10-year-olds MILRD THOMAS (702) and THE GOLD OF THE WORLD (705) will try again to put his name on the list of this contest.

But here they will have to cross their swords with ambitious cadets. Having formed an attractively linked Prix Murat (Gr.II) winner at the beginning of the month, CRYSTAL BEACH (703) and COSTAUD (701) intend to confirm here and thus lay the foundations of the Gr.I scheduled for 19 May. A podium collector, twenty-one in twenty-two shows, second since the Hague, the end of last year and a dolphin from Storm of the World, for his return to the Trytown Prize, held in March, HOLY GUESTS SONGS (704) is also a serious candidate for the top spot.

Wonderful staff review for three weeks of the big meeting!