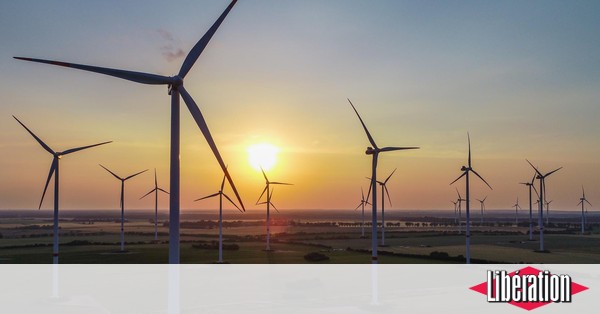 Every day you discover the green thread, the environmental meeting of the Liberation. Today's good news for the planet.

Wind turbines, solar panels, biomass installations and hydroelectric dams slowly but surely continue to increase their share of the European energy mix. According to data released Tuesday by Eurostat, Eurostat's share reached 17.5% in 2017 compared to 17% in 2016. It has risen in 19 of the 28 Member States. This dynamic, if it continues, should enable the EU to reach its target of 20% by 2020 and perhaps by 30% by 2030.

Twenty-eight eleven have already achieved their national targets for 2020: Bulgaria, the Czech Republic, Denmark, Estonia, Croatia, Italy, Lithuania, Hungary, Romania, Finland and Sweden. In addition, Latvia and Austria are about one percentage point of their 2020 targets.

On the side of the most remote targets, we find the Netherlands (7.4 points from their national target for 2020) and … France (6.7 points from the 23% target within two years). 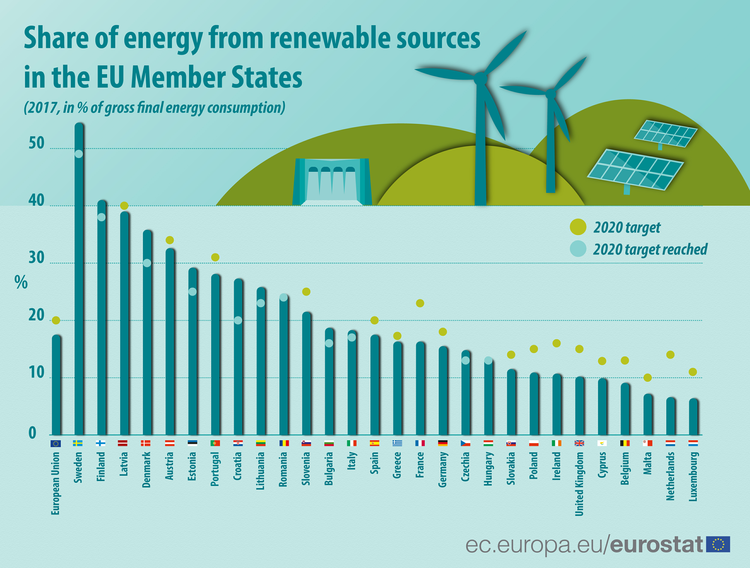 Share of renewable energies in the national energy mix of the Member States. Source: Eurostat

Among the most widely used energies, wood and other solid biomass, which account for 42% of production in 2017, have advanced. Secondly, wind energy exceeded hydropower for the first time by 13.8% against 11.4%.

To read also:Biomass: a popular substitute for coal in Europe

To note, Eurostat includes in its calculation "liquid biofuels" (also called agrofuels), which have just been categorized as the most dangerous for the environment, which contain in particular palm oil, such as "Unstable" by the European Commission. Liquid agrofuels account for 6.7% of 17.5% of European renewable energy sources.