Seals in the bar, the prosecutor put a good order in the administration of justice. 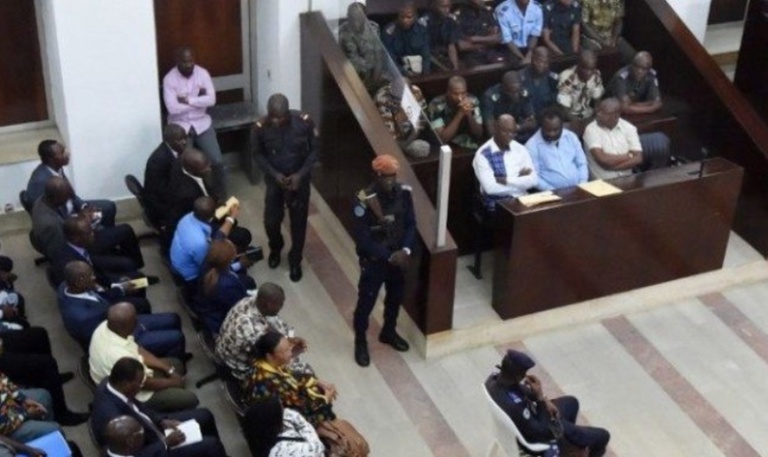 The guru of scientific expertise is called Professor V. Mendes. Many famous puzzles have been tested by its scanning electron microscope. When Barra Sue and Ababakar Diane were killed on April 22, 2012 in Medinaul Salam, he made several samples, including the alleged assassins' clothes. This evidence is kept in the context of this sensitive criminal case.

Cartons are carefully labeled. With written instructions, the prosecutor placed a good order in the management of all these judgments. A large household that started seven years ago. As a precaution, the elements of the guberner of Mbur had taken the sensible decision to "catch wide" to take on their networks many pieces needed for the investigation. Among the jail room of the indictment chamber: weapons, shovels, tools, clothes, clubs and car pillows.

The defendants had to deal with the body images at the place of exhumation. The small traces of blood that covered the trunk and the rear doors of the religious leader's car revealed serious traces in the early hours of the investigation.
Wednesday was the hardest day for those charged with the double murder of Medinutal Salam.
The prosecutor near the Criminal Chamber of the Tribunal de Grande Instance (TGI) has set out the circumstances surrounding the death of the two Tiantaunas in the (PV) protocol.