Such a hot desire for purity (By Soro Diop) 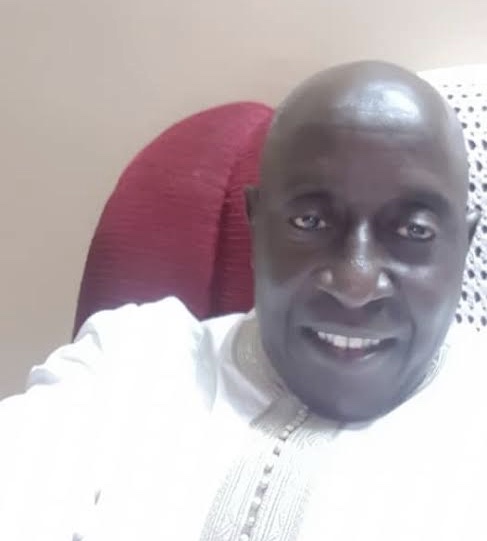 The will of the President of the Republic of Maki Sol to revolutionize Senegal until the start of a new way of life at the launch of a national campaign for purity illustrates the envy of man's ambition to wipe away our existential spaces, the hideous and unsupported faces of insecurity, filth and irregularities professions in our cities and provinces. The fight against these "cancer metastases", which worsen our living environment due to plastic waste, sewage, pollution and other toxins for public hygiene, the bed of all kinds of diseases and troubles, deserves synergy for all the nation's vital forces. And to the credit of President McKee Sol, he has embraced such a widely shared battle.
"The purity of Senegal is not negotiable," the head of state said. It should not be the case for a country that must exercise strong authority without falling into authoritarianism. It should not be negotiable for every Senegalese, regardless of the field in which they live or occupy. This issue must be a national consensus, because no rational Senegalese should accept the spectacle of his life, invaded and embalmed daily by dirt, odor of pesticides and hyper-anarchic occupation of the streets. No way! For once, we are facing a question that must lead to strong national consensus instead of gossip.
The time has come to take full measures of the boldness and will of the word and high-level actions announced by the President of the Republic. This posture should revive all other political authorities of the party camp where they are, but also the guardians of ordinary legitimacy, local elected representatives, parliamentarians, leaders of civil society movements, sports and cultural associations until the end. to anonymous citizens. The national battle that deserves a patriotic and civic candle is to take part in eradicating the hideous dirt mirror, malfunctioning arteries colonized by the time, called President Sengor, a "floating population". For such a noble cause, for which no one should wait to be invited, so much should be inscribed in our daily banalities, it is necessary to show fierce and sometimes curious restraints against the background of inhibiting pessimism, ie. which suggests a kind of fatalism that makes you feel guilty.
In the face of the filth that pervades our daily lives, cloned with disgust and sewage, we must return to stimulating care for the present and future generations, rather than distilling the entrenched security that seems to say that we have nothing to do that our country has been condemned, for the sake of what dubious and miserable determinism, to coexist with garbage and disorder.
FACTORING NATIONAL INTEREST
It is curious that the followers of what David Diop calls "easy Africanism" have erupted in angry hiccups, chin movements helping to limit readiness for mobilization following President Mackie Sol's call for a better living environment common to all . They immediately saw in the reference to the model of Rwanda the question that President McKee Sol could not make the image of his colleague Paul Kagame. However, this African model has to show without complexity neither superiority nor inferiority. Of course, it cannot be duplicated in Senegal.
Every nation has a special genius to write their own story. This will be the story of Senegal's purity policy. The many reactions and initiatives already recorded reveal signs and soothing signals that illustrate in Senegal a passionate desire for purity. After all, we are not born dirty; we do it.
Those who are quick to pour on "easy Africanism" would have made sensible and outrageous conclusions if the Swiss model had been challenged by the President of the Republic. Faced with the need for a new living environment that gives more breathing and … living in our cities, our villages, neighborhoods, markets and streets, there is no need for minarets.
We no longer have to be in the politicians of decibels and in other exhibition theaters, in which the word inflammatory takes over what is combined with the comfort and happiness of everyone and everyone. The non-negotiable purity struggle repels systemic opposition and should be alien to any unproductive negative mechanism. When national interest, much like the fight against insecurity advocated by President McKee Sol, is at stake and the problem is, the cops who split are struck with madness and meaninglessness. Reactions and other intrusive or eruptive reactions are out of season.