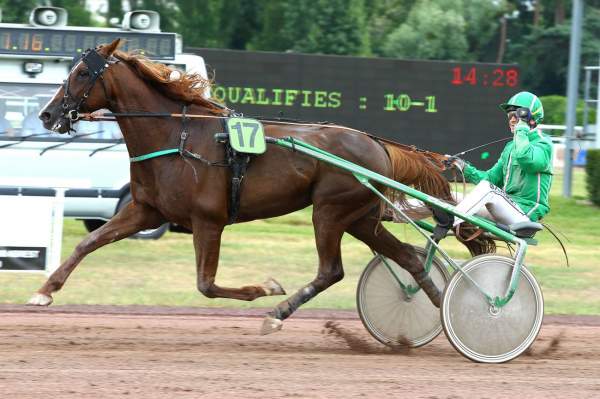 For its 104th official release, ALDO D'ARGENTRE (photo) provided the winner of the 10th Stage of the Green Trophy, Sunday at the Royan-La Palmyra track, recording the 28th victory. Success that does not owe anything to anyone …

Well away, the protégé ofEmanuel Lamy quickly filled his initial handicap of 50 meters before he came to install the race at the first pass on the opposite line. He then controls the race as he wishes to win with power, even easier as a favorite DERBY OF THE DOLLAR After all, he was not right when he would hit him. Coming from the last ranks, well concluded, on the track, ARIBO MIX confiscates first access to CALASKA OF GUEZ, forced to advance in the third thickness, the nose of the wind, at the last turn. Good Finisher, VIKING DREAM deprived LANDIERS BLOUSES 4th place. The latter city, however, retains the lead of the interim classification of the2019 edition of this green trophy. SD

Here is the ranking after the 10th stage: