The predominant moderate storms and rains were expected tonight 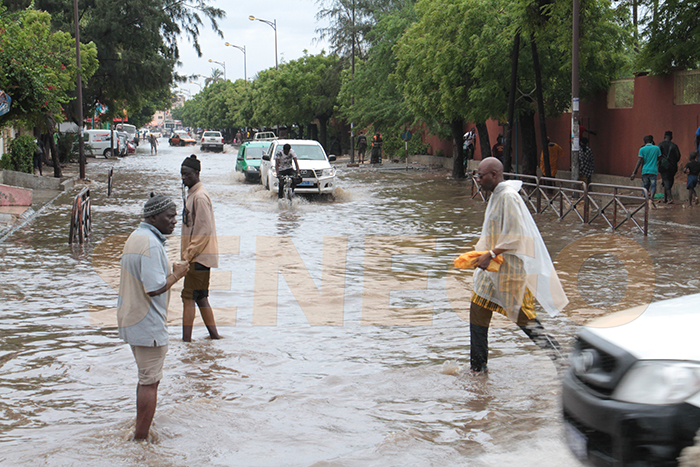 The National Agency for Civil Aviation and Meteorology (ANACIM) predicts "thunderstorms and relatively moderate rains" in the central regions and places in the southern part of the country from Friday to Saturday. countries.

"At night, relatively moderate storms and rains will be noted in central areas and in some parts of the South", says ANACIM. The Weather Agency has announced this "Saturday, the day, weather will be relatively stable, except in southern regions, where rainy events will be marked again."

"The feeling of warmth will remain in the country, especially in northeastern regions where daytime temperatures will reach peaks of 37 to 41 ° C," says ANACIM. She adds that the visibility will be "generally good"and winds with low or moderate intensity.

The rain is not yet regular

On the night from Wednesday to Thursday Dakar recorded his first heavy rain between 4 am and 6 am in the morning. The National Agency for Civil Aviation and Meteorology (Anacim) said that in the region, the inflow of rain is not equivalent. For example, Yoff recorded 36.4 mm while Guédiawaye had 24 mm, compared to 37.5 mm for Mbao and 9.5 mm for Bel Air.

Regarding the state of precipitations at national level, Anakim states that almost the entire country has been soaked by rain, accompanied by storms and strong winds. The rains are particularly intense in the central zone, ranging from 80 mm to Ida Muride to 120.0 mm in the Odessa Valley in the Kunhl district. Most areas of the Center received more than 30 mm of rain.

He adds that "in the northern zone, the rain ranges from 3.0 to 65.0 mm between Samba Ndiai and Saul Sylof in the Linger department. Regarding the Southwest, rainfall from mild to moderate intensity varies between 0.2 mm in Niagis and 25.3 mm in Anambé. The southeastern zone also receives rainfall of 3.0 mm in Kedung to 46.0 mm in Maccookibant.