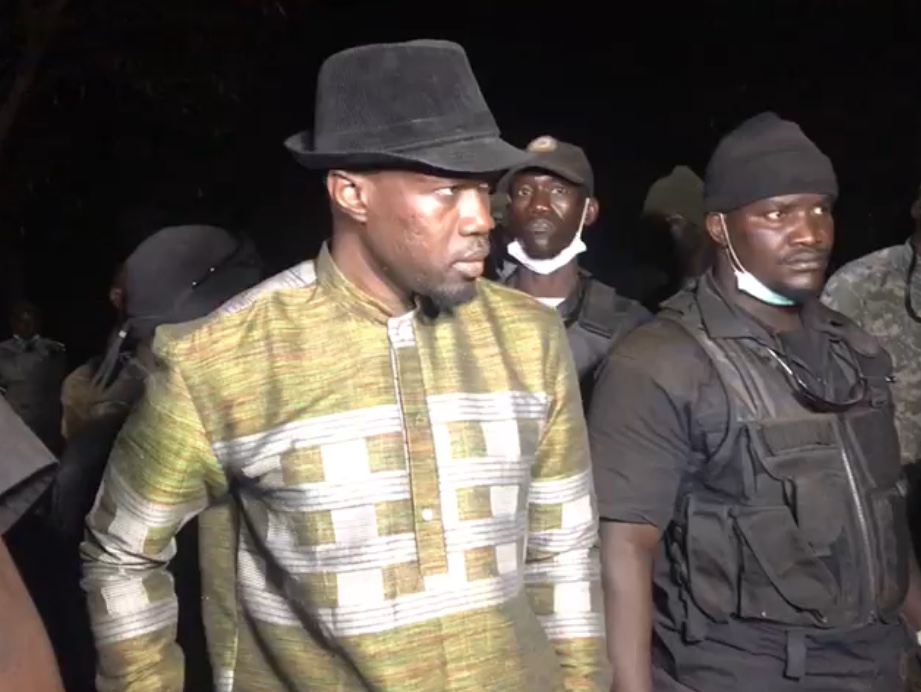 After his meeting at Gudomp, Usmane Sonko had to join the Bionnon to hold his last meeting with the activists of the day. However, along the way, the convoy was blocked by elements of the gendarmerie of Emile Badiane Bridge. According to the Pasteuros / Patriots leader, "there is no doubt that they have received orders from Mackay Sal, who is completely panicked."
Indeed, there was a great mobilization that had been waiting for Usmane Sonko in Binion since early afternoon. It also states that "I reminded the colonel and the governor that a decree can not override a law, but the electoral law allowed candidates during the 24 hours / 24 hours campaign to move around the country. he defends himself.
Finally, a few minutes later, the road was opened to Coalition President "Sonko" to join Bignona to return after Ziguinchor to spend the night …