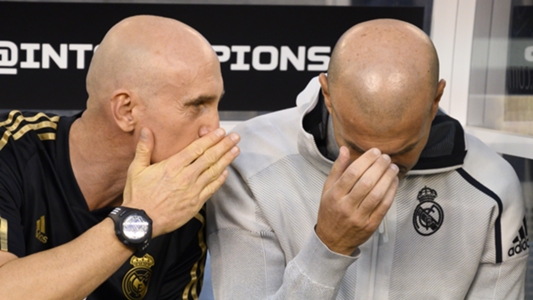 Zidane's team has conceded 16 goals in five games, which has not happened since 1980 with a 9-1 victory over Bayern Munich at the time.

Real Madrid's 3: 7 loss to Atletico Madrid at MetLife Stadium recalled the infamous 9-1 defeat to Bayern Munich in the summer of 1980.

The similarities between this infamous preseason and the current one are also very available … Real Madrid have conceded 16 goals in five games this summer. This is a required ratio of 3.2 goals per game. If they concede to Red Bull Salzburg on August 7 or against Rome four days later, it will be the worst preseason since 1980, when they dropped 17.

And although this version of Real Madrid in the summer of 2019 scored five against Fenerbahce, he gave up three. Still no clean sheet, so from early summer. "Let's not forget that this is the preseason," Benzema blasted into the mixed zone after the match against Fener. This is the same rhetoric used by Zidane after the loss of Bayern to Houston. "We'll fix it," he promised. "Nobody likes giving away goals, but I know we will turn things around."

Madrid still have two tests ahead, but then Casemiro will return to the meringue group. The defensive midfielder develops in a field where the madrilenians get frustrated. The Brazilian returned from his vacation earlier than planned to close the holes. He really needs a clean sheet before going to Balaidos on August 17 for the start of the League against Celta.