Crashes of streets in Bulgaria and the highway, Batrovtsi crowd, is expected to be even bigger tomorrow 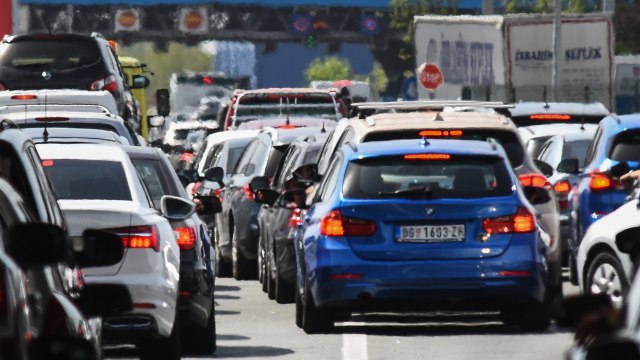 Due to the upcoming holidays on the roads in Serbia, the movement is booming and today there is a large crowd in Belgrade. 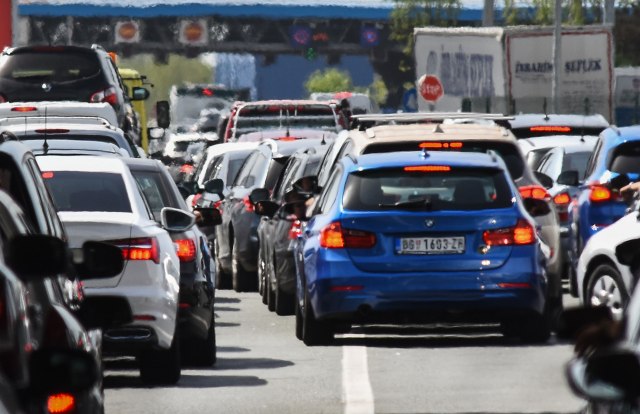 This was stated at Tanjug at the Operations Center of the Auto-Moto Association of Serbia (AMSS).

Higher traffic intensity is expected later in the afternoon and especially tomorrow.

In AMSS, however, they do not expect any collapse on the roads.

At border checkpoints there are no big reserves, but the number of vehicles in the Batrovtsi Pass with Croatia has increased.

AMSS advises drivers crossing the Croatian border to use less busy border crossings with this country.

The movement of the exits from the city, the Ibar motorway and the highway is increasing.

In Belgrade, at 19:00, the Derby football club comes from Partizan at Raiko Mitic stadium, which will also affect the traffic in the capital, especially around the Autocomanda and the streets leading in that direction.

At the Batrovtsi crossing point the traffic is difficult and there is a crowd, especially in the intermediate distance between two border crossings, Serbia and Croatia.

At the entrance of Serbia there are no big crowds, but the crowds are big at the entrance of Croatia. The picture is typical in the days before Easter and the first days of rest when a large number of people are on vacation.

"There is intensive traffic at the Batrovtsi crossing point, there is no longer the exit from Serbia, but there are many cars on the highway, and if there are more detentions, this is a result of the slow work of the authorities of neighboring Croatian border police. technical resources if it is necessary to speed up the movement of traffic, said Tanjug commander of border police "Batrovci" Zoran Marcheth.

He advises passengers to inform passengers about the situation at border crossings through the premises and cameras of Serbia's Auto-Moto Association, as well as to use alternative routes for crossing Croatia, such as Sid, Bogoevo and Bachka Palanka.

"We expect an even greater wave of cars tomorrow afternoon when a large number of passengers living in EU countries return to their own country," Marcitta said.

By the end of the day, an increase in the number of vehicles on the Belgrade canvas from Belgrade to Nis is expected, says a statement by JP Putevi Srbije, adding that the work of road stations will increase during the holidays.

At Puteville, they are expecting about 40,000 vehicles to cross the Belgrade platform in both directions, which is 40% more than usual for one business day.

Today is the last day before the holidays and we expect some of the fellow citizens to start their journey today. We are always organized during a holiday organized in a special mode of work, work on all paid stations is enhanced, "said Tanjug Nikolina Arututina, head of the Serbian Roads Collection Department of Serbia.

She said that during the holidays the number of inks will be increased to ensure that all ramps work 24 hours without interruption.

The number of technical staff in case of any defects is also increased, and Traffic Police has its own points in the pay cabs.

We took every precaution to keep the vehicles on the platforms, "Arbutina said.

She urged traffic participants who pay the toll in cash to prepare the exact amount before they arrive on the payment platform, as this would reduce detention.

She recommended that drivers use electronic toll charges to check their devices before they start traveling.

Serbian roads recommend the use of toll collection devices, and Arbutina says that this type of toll payment is becoming more and more popular.

"We currently have about 300,000 users," Arbutina said, adding that every third time through a tolling platform it goes through the electronic toll collection bands.

All participants in the movement, Arbutina said, are advised to be informed about the traffic situation before heading off the road.

They can do this through our official website, via the Mobile Roads Application for Serbia Roads, but also through the portals located along the highway section, "Arbutina said.

He urged all drivers to take care of safety, regulate the speed of road conditions, and especially pay attention when traveling through passenger stations.

She pointed out that the guard and the employees of the ramp and all the participants in the meeting first.