Driver Yonghi said: "At the moment my heart is beating so fast. Half of me is happy to get on stage, half of me is shaking because I'm nervous. Dahun, who drew attention to being one of the youngest idols in the industry (she was born in 2005), said: "I'm nervous right now, but my older members told me I shouldn't I also worry about doing it as we have practiced. " 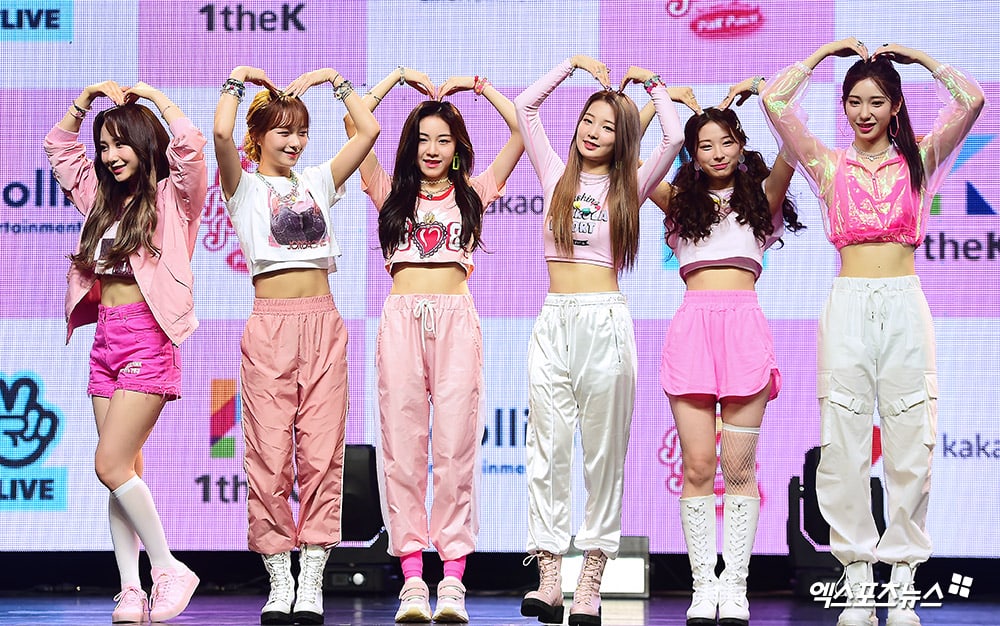 Takahashi Yuri, a former Produce 48 contestant and AKB48 member, shared how she came to join Woollim Entertainment. She said: "I am happy to be here with the other five members after preparing for so long. I received an email from Woollim and started talking. I told them I wanted to debut in Korea. The agency told me they would support me, so I came to Korea. I've always had an interest in Woollim as an agency, so I trusted them. "

Yeonhee said: "We saw Juri at Produce 48 and we cheered her on, so we were happy to meet her as a colleague. We were excited to debut with her. In the beginning, there was a language barrier, so we had to communicate through body language, but we were learning Japanese and she was learning Korean. "

Rocket Punch is the first group of girls from Woollim since 2014, which is when Lovelyz made her debut. Yonhi said: "I don't know about the pressure, but today we can stand confidently in front of reporters because we worked hard for our dream to debut. We prepared with confidence because Lovelyz supported us and cheered us on. Whenever we meet them, they tell us that they are cheering us, and lately, Mijo sunbaenim told us she was watching over us. "

Yunkyong added: "Our adults have given us words of encouragement and said we are doing well. Jiae sunbaenim promoted us on V Live yesterday. We are very grateful [for their support]. " 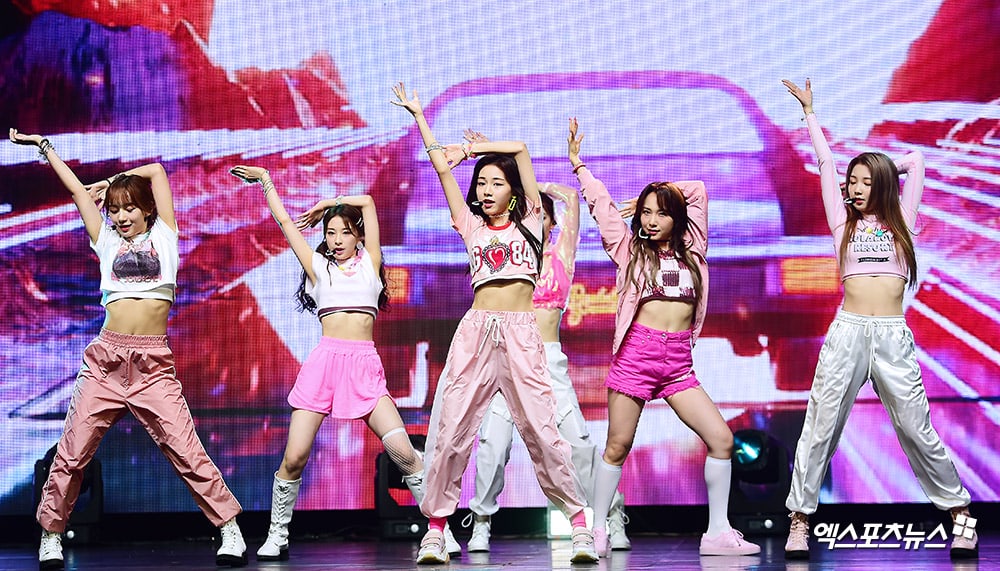