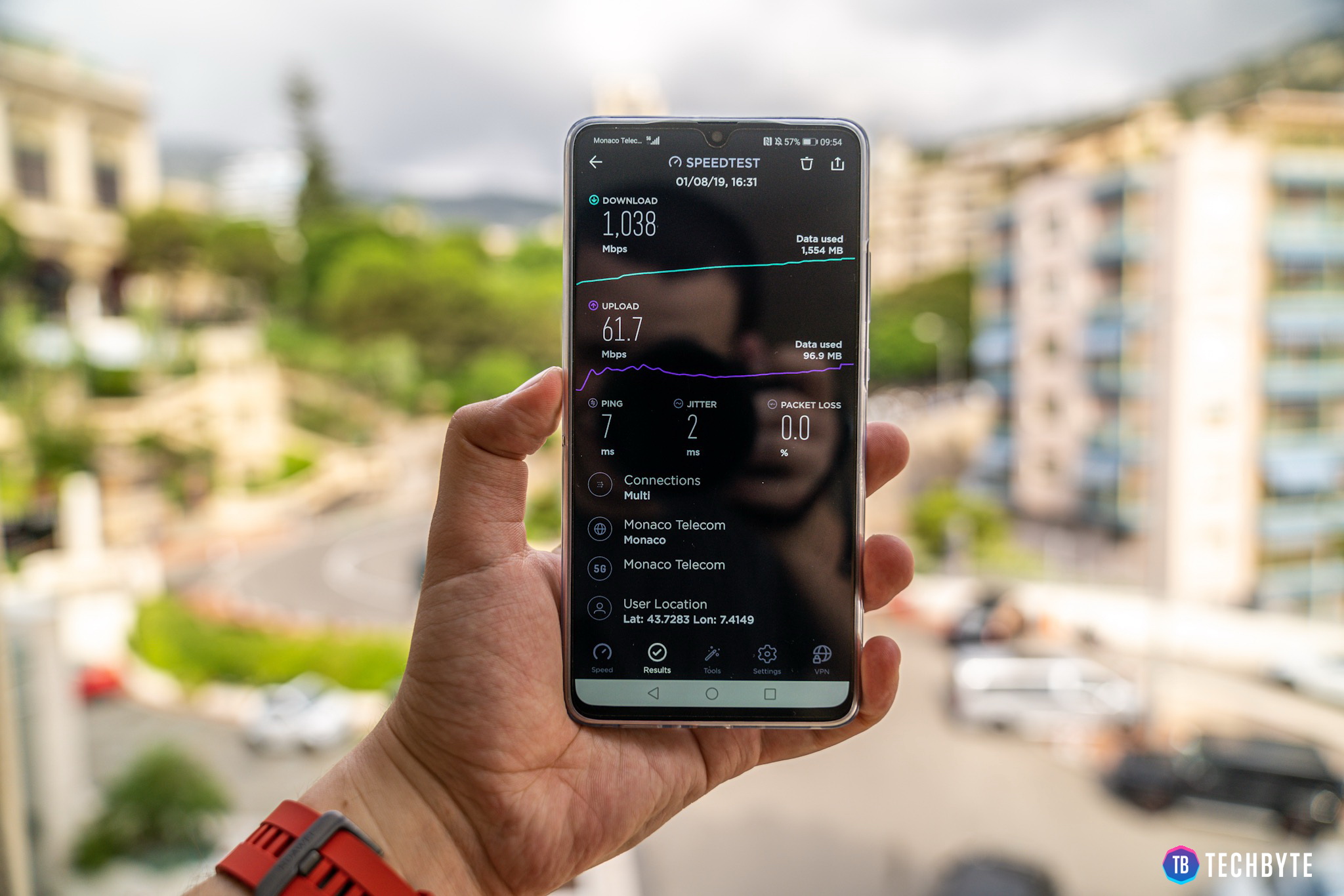 Monaco is the world's first fully covered 5G signal. In practice, this means that if you own a 5G phone and have a prepaid 5G program (in Monaco you only need a 4G program), you can enjoy the crazy speeds that go with it everywhere.

The new era of connectivity is slowly (really slowly) starting all over the world, making the real-world test a difficult task. Therefore, TECHBYTE.sk accepted Huawei's invitation and we headed to a rich country where they were already using this convenience. In an interview with Monaco Telec, Martin Peronnet, we found out what was behind the 5G deployment decision, what the benefits were and what the future holds.

5G deserves the prestige and Grand Prix of Monaco

"We introduced 5G mainly as a sign of prestige and because of the huge Monaco award, which is extremely demanding for telecommunication networks,"Clarified Péronnet's decision for TECHBYTE. We entered the 5th generation network test just over 2 weeks after its official launch.

The introduction of 5G was really a matter of prestige, but the story doesn't end there. All transmitters were deployed in record time.

Monaco is small but rough and therefore difficult to cover

The Principality is in no way a normal state. It is small, rugged, and full of buildings that are the biggest enemy for communications companies. He lives in Monaco only 40,000 peoplewhile another 70,000 for work every day,

5G technology is the undisputed successor to the current 4G and all its versions. After all, this is evidenced by the various case studies or practical applications that actually operate in Monaco as one of the few countries.

Monaco still had to rely on the aging 4G this year during the Grand Prix. "During the Monaco Grand Prix, 200,000 people visit, a huge one-off pressure on our network,Describes Peronet's challenge. Monaco Telecom has decided to begin construction of 5G after the end of the sports holiday.

The launch of 5G in Monaco has taken place July 10, 2019, approximately 2 months after the start of constructionIt's a short time for such a huge project. Thanks to the excellent planning, the skilled technicians and the assisting authorities, who approved the impossible in an extremely fast time, the project was successful.

Monaco powered 5G network transmitters from Huawei and nobody. They do not yet have a plan to change or supplement the provider.

During the construction of 5G, they faced several difficult situations. He gave an example of the need for placement One of the transmitters of the rockof course they had to do professional climbers, Another transmitter is located on the roof of the old cathedral, which they had to use a huge crane, but only after obtaining permission, which is not granted to all.

Without Huawei we would not be able to do it

During the two months there were Huawei technicians in Monaco who connected the entire network. "They are very good at mobile technology. They are responsible, trustworthy and like challenges,"It describes the collaboration with Chinese giant Peronet. According to the head of the operator, Huawei technicians in Monaco as well as in China were almost asleep. "It's nice to know that you can count on the company you want to achieve something with. This gave us the necessary dose of confidence we needed.".

Choosing Huawei as its sole supplier, Monaco Telecom, of course, was at the heart of security issues. "It bothers us. We are a small country that does not affect the rest of the world, but we are a business and world business is very important in business. We do not want to work in uncertainty,said Peronet.

"For us, the biggest problem is not that someone is spying on people through our network. Our main goal is to secure the network so that no one can penetrate it. So we used a test center to check the equipment,– he said.

Who uses 5G in Monaco?

There aren't many people at the moment. The operator offers two 5G devices in its stores – Huawei Mate 20X 5G (this one we also used) and Xiaomi Mi Mix 3 5GDue to specific demographics, most residents and tourists are burdened with iPhones. The real use of the 5G network in Monaco will only happen when Apple unveils its iPhone with 5th generation support, due in 2020.

What is it like to use a phone with a 5G connection?

We arrived in Monaco with the Huawei Mate 20X 5G in hand. We spent the afternoon, evening and morning there, giving us plenty of time to understand how the relationship works throughout the day, whether indoors or outdoors.

The 5G adventure was, shall we say, interesting. As we were able to measure the breathtaking velocities outside attacks 1 Gbps, it wasn't so fast inside. Still, we're talking about speeds far beyond 4G connections. Just to give you an idea, it was easy to measure in the interior of the hotel room 300 – 600 Mbps,

But we were most interested the real difference between 4G and 5G out of speed. What makes this technology different when my YouTube videos or Netflix movies load about as fast?

"The difference is mainly in latency (ping), " says Peronet. "For example, firefighters in Monaco are equipped with a 5G wireless drone, which they send to the scene of the fire almost immediately after the alarm. Thanks to the information he can gather, we know exactly what's going on and how many more units to send. Rescuers also work with 5G to send doctors information to patients at the hospital, whether from incidents or other incidents,said Peronet.

It is these 5G applications that depend on the low response of the devices that make the next generation of networks a true 4G receiver. Monaco shows the direction that Slovakia should go once, and we like it a lot.

Business travel and accommodation in Monaco were paid for by Huawei.