A caravan for which young fathers will be the most prominent 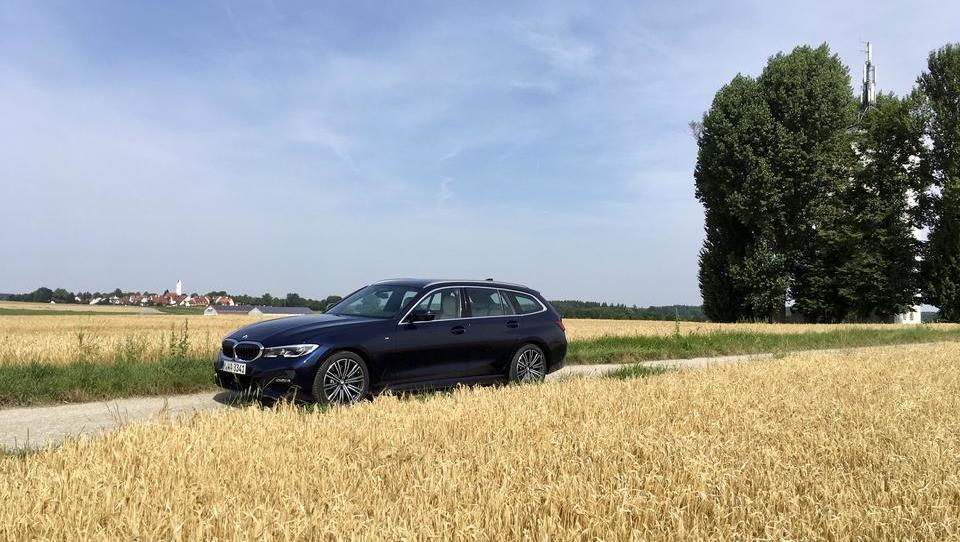 Even a practical wagon can be sporty and at the same time neither pretentious nor inconvenient. We drove with the new generation of the most popular Bavarian caravan – a series of 3 tours.


Notify me of new articles:

focus:
Delivery of a notification when publishing an article containing the tag.

The History of a Caravan BMW the engineer at BMW began Max Reisbockwho wanted a Series 3 that was big enough for the whole family to go on vacation. At that time the classical limousines were too small, so the broken limousine was rearranged to the caravan itself. Besides the end product, BMW's bosses were also impressed by their friends, who started production of caravans only with minor repairs in 1987. 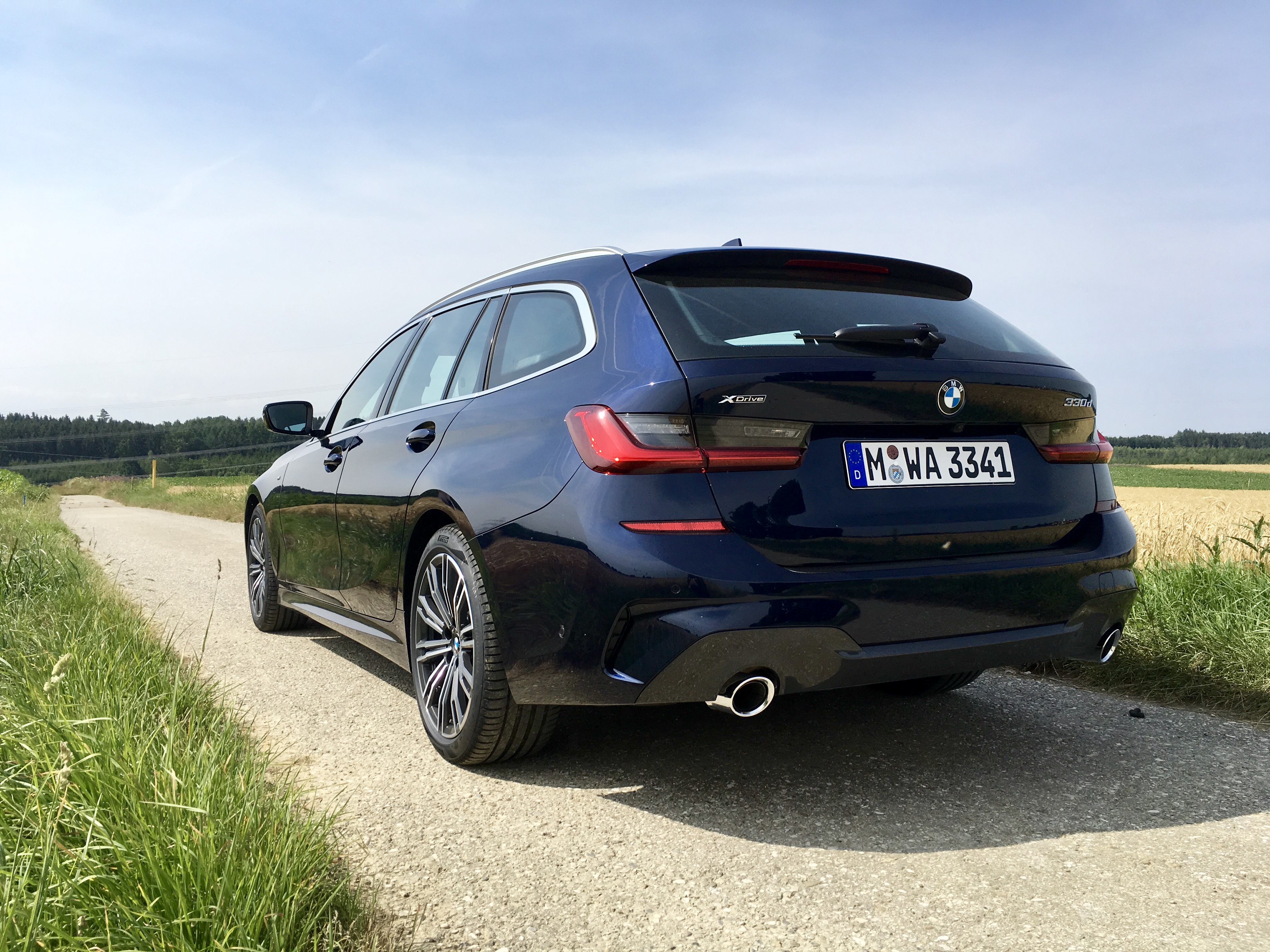 In line with BMW's design trend, the 3rd Series also shines with narrower headlamps and breathes with wider nostrils (kidneys) that open when needed. The bottom line of the windows eventually rises, as we already used it in the X3. The lateral lines are lifted and terminated in the rear lights, which are darkened at the top. Additional two exhaust pipes are added to the extra dynamics. Formally, it's athletic and aggressive – what else would BMW expect from this? This time, the 3 rd series has grown. Its predecessor is 7.5 cm long, one and a half feet wider and one and a half inches taller. The wheelbase has increased by four centimeters. 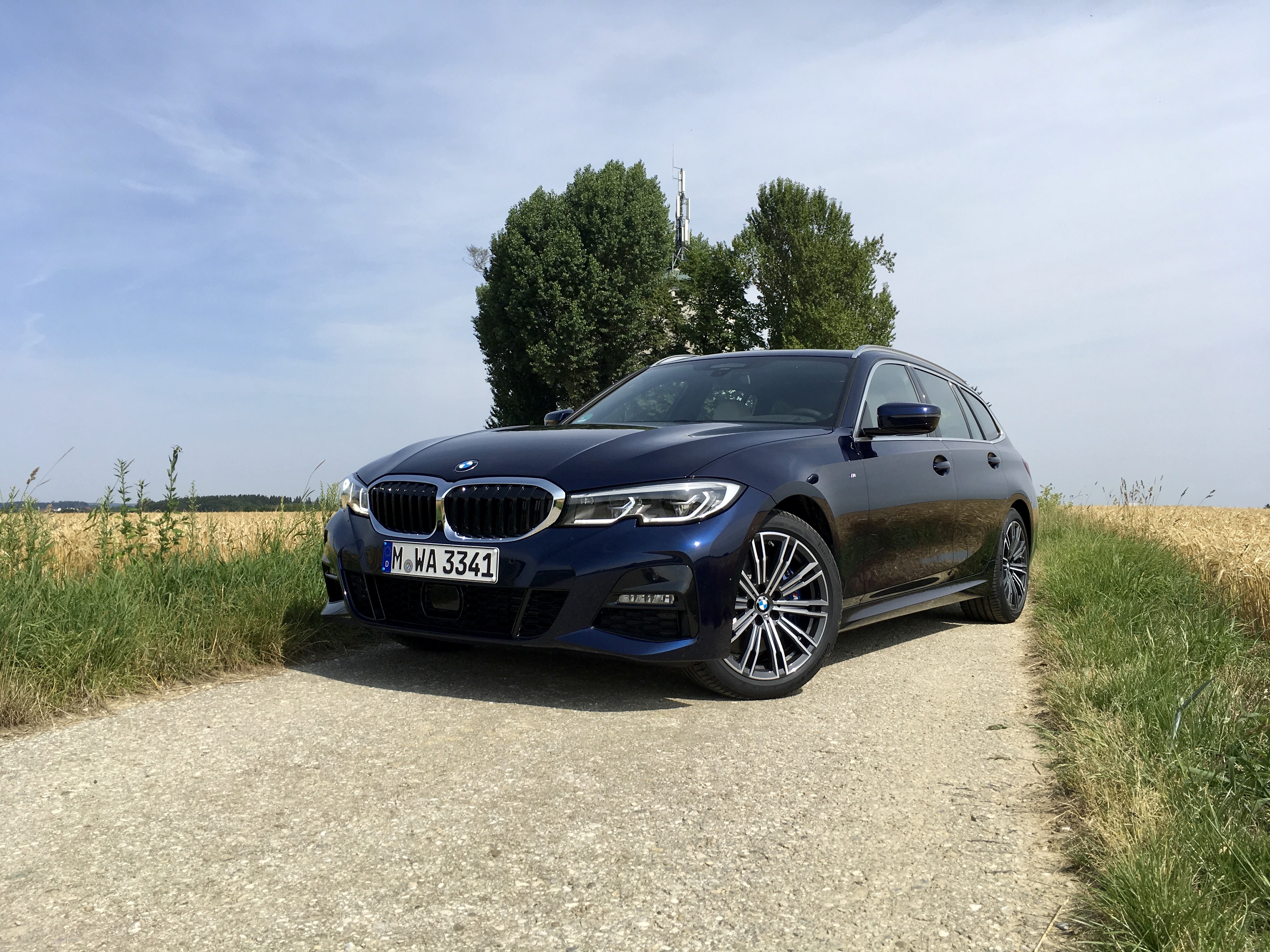 Many do not even know what they have

The luggage compartment is more than five liters of its predecessor and receives 500 liters of luggage while the volume of the rear seats is increased to 1,510 liters. This is a more useful form. The load surface is lower and wider by more than 10 centimeters, and the opening at the top is wider than 12 centimeters. In the lower part of the boot there is storage space for the rack and partition net. 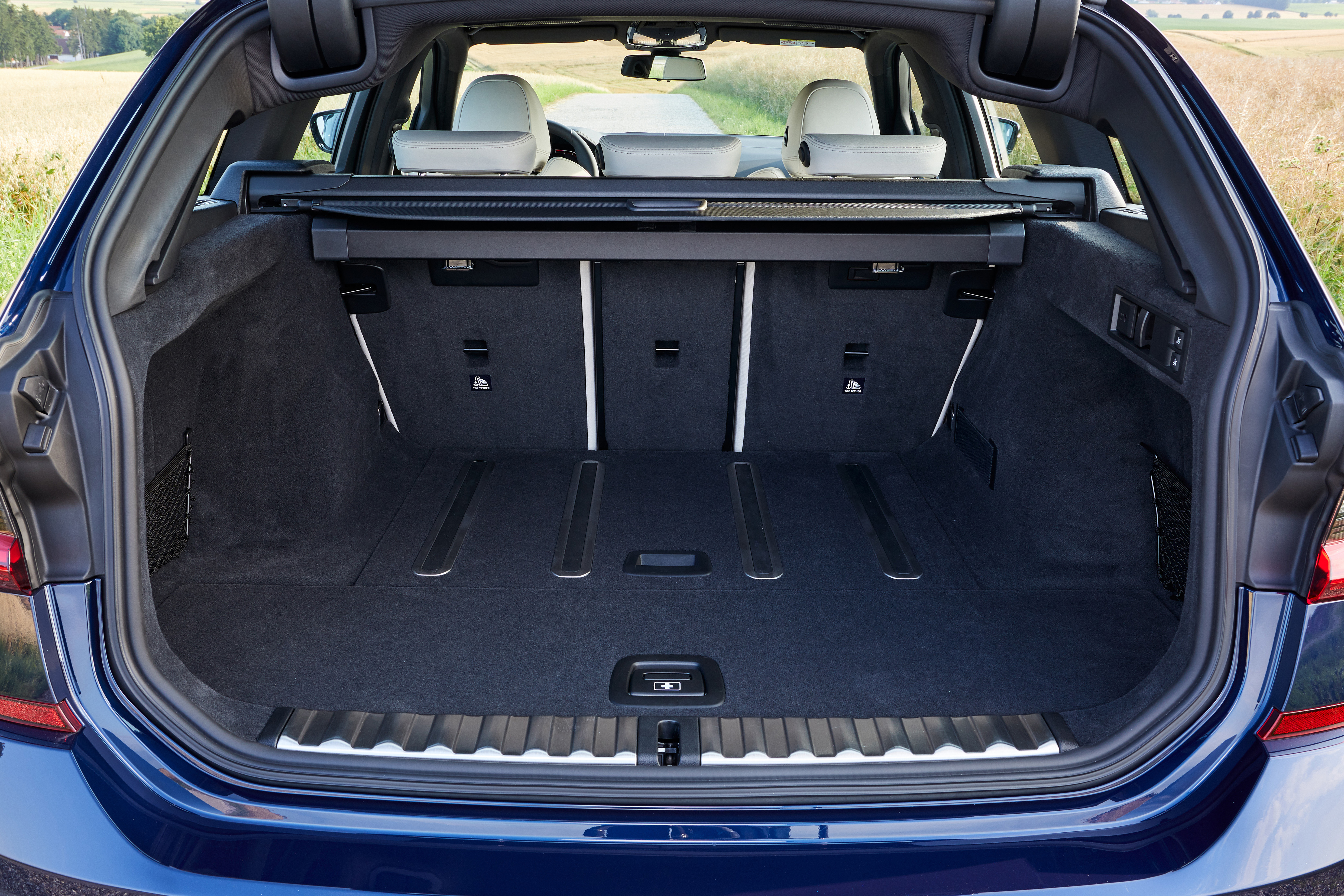 The smart decision, which is a hallmark of BMW's caravan, is the rear window, which opens from the luggage compartment door. "Many customers do not even know that the rear window can be opened separately," he admits Robert Romiler, the Dynamic Dynamics Project Leader. "The hole is two centimeters wider than its predecessor." The bottom of the boot can be equipped with guides that are covered by the tire in the middle. This increases with the onset of the engine and creates a tangible foundation for larger and heavier objects so that they do not slip around the luggage compartment while driving. 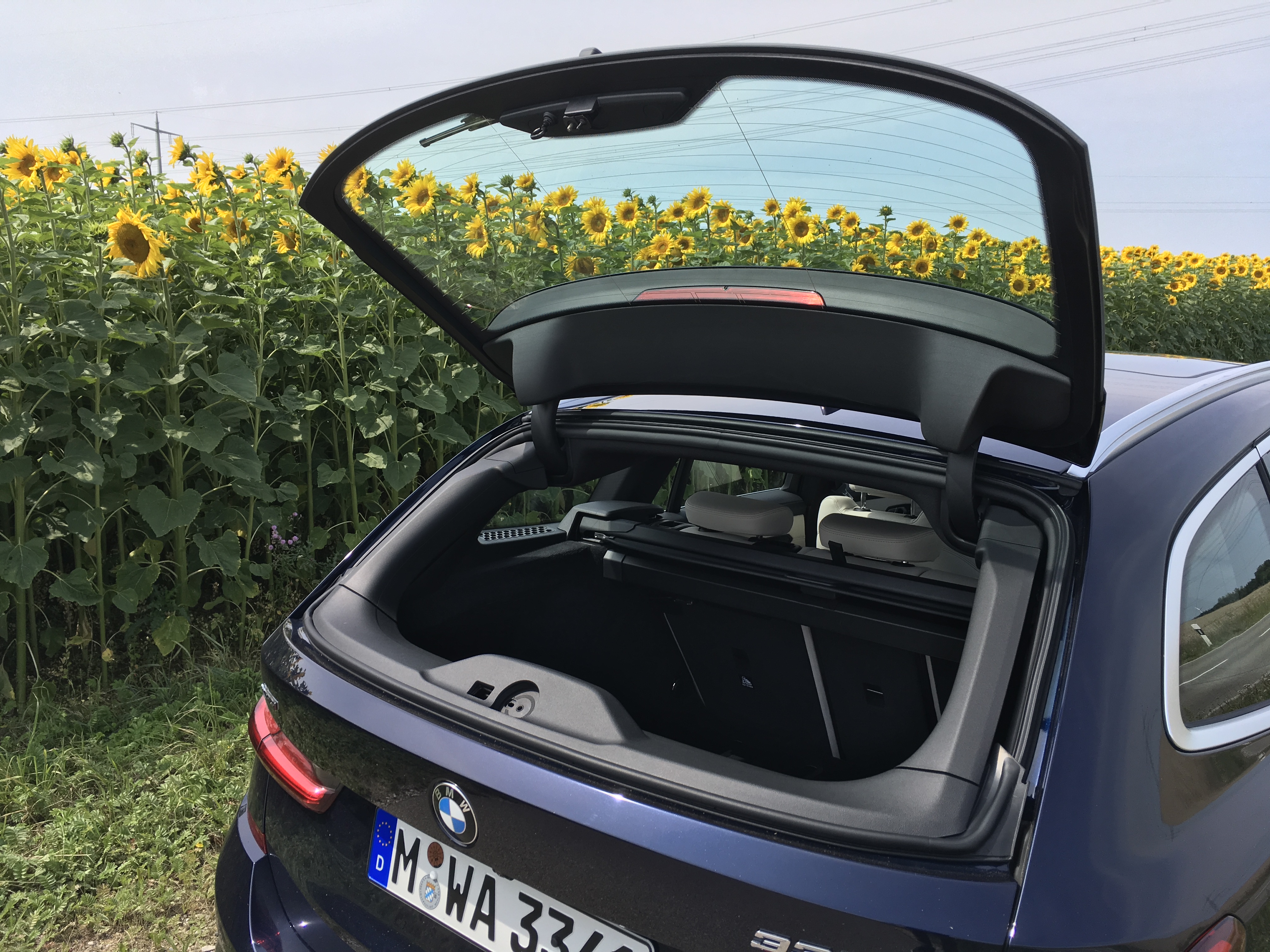 BMW in the caravan

"The rear suspension, along with the chassis, is boosted as buyers, with about 100 kilograms heavier bodywork, will additionally load more luggage," adds Rothmill. "The softening of the front springs is softer, as the caravans will be more and more solved by families." We felt this on the rural roads around Munich. The journey is softer and firmer than the limousine. The steering wheel is still excellent. The precise steering wheel, first-class ergonomics and the possibility of various adjustable seats and steering wheels have contributed to this. 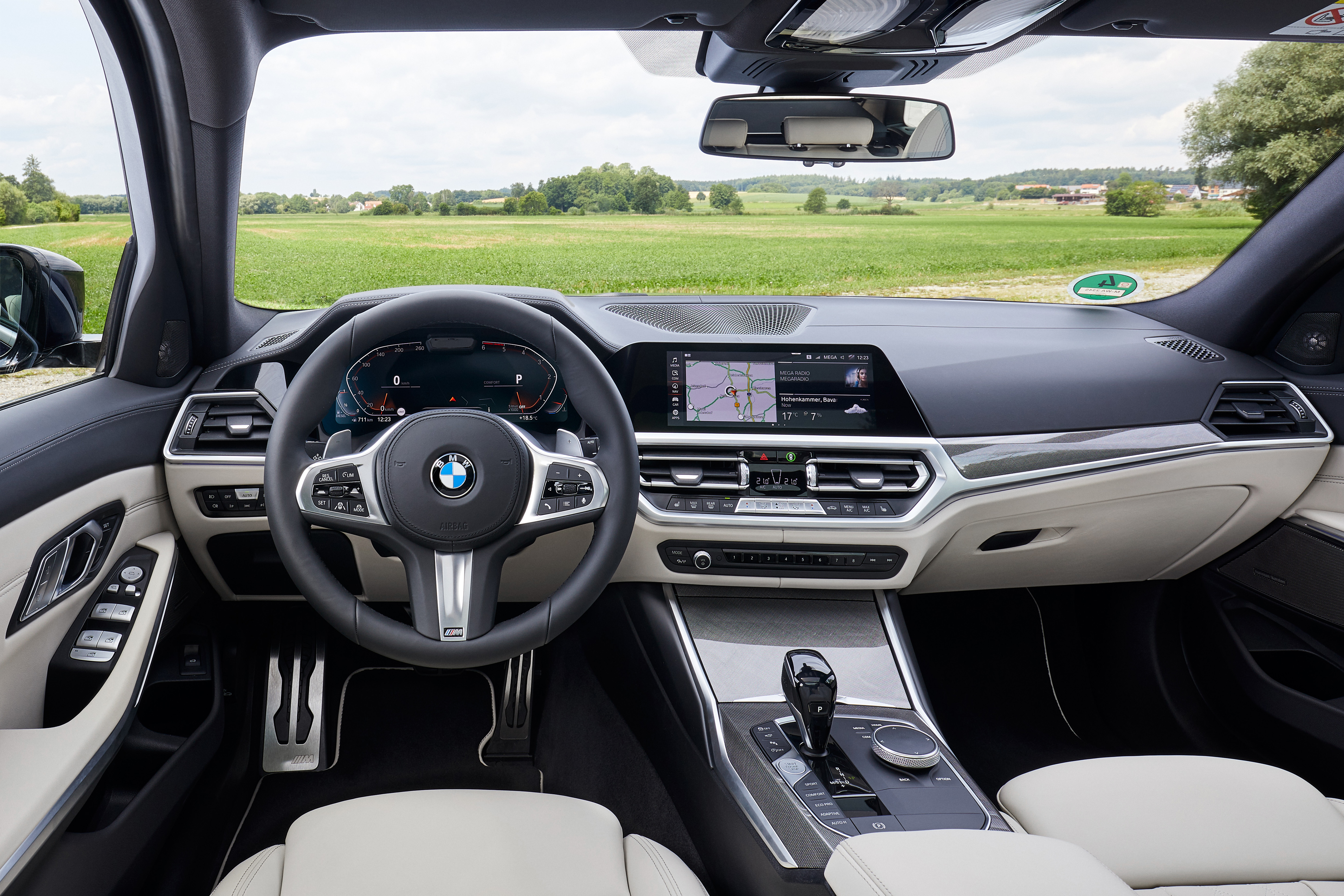 Driver chassis and suspension are provided with basic data. Cracks and holes are felt but gentle, so there is no need to avoid wheelbases and caps in populated areas. Although the tour has earned 125 pounds, the center of gravity is low and the distribution of mass between the front and rear axles remains constant. Hence, the behavior is very neutral. Because of the size of each new generation, it is no longer a compact car. Well, the best thing about driving is that of a colleague. "If I was sitting behind the wheel with my eyes tied, I would have thought first of all that I was sitting in the 5th series." What a compliment, but for whom there is a defect. 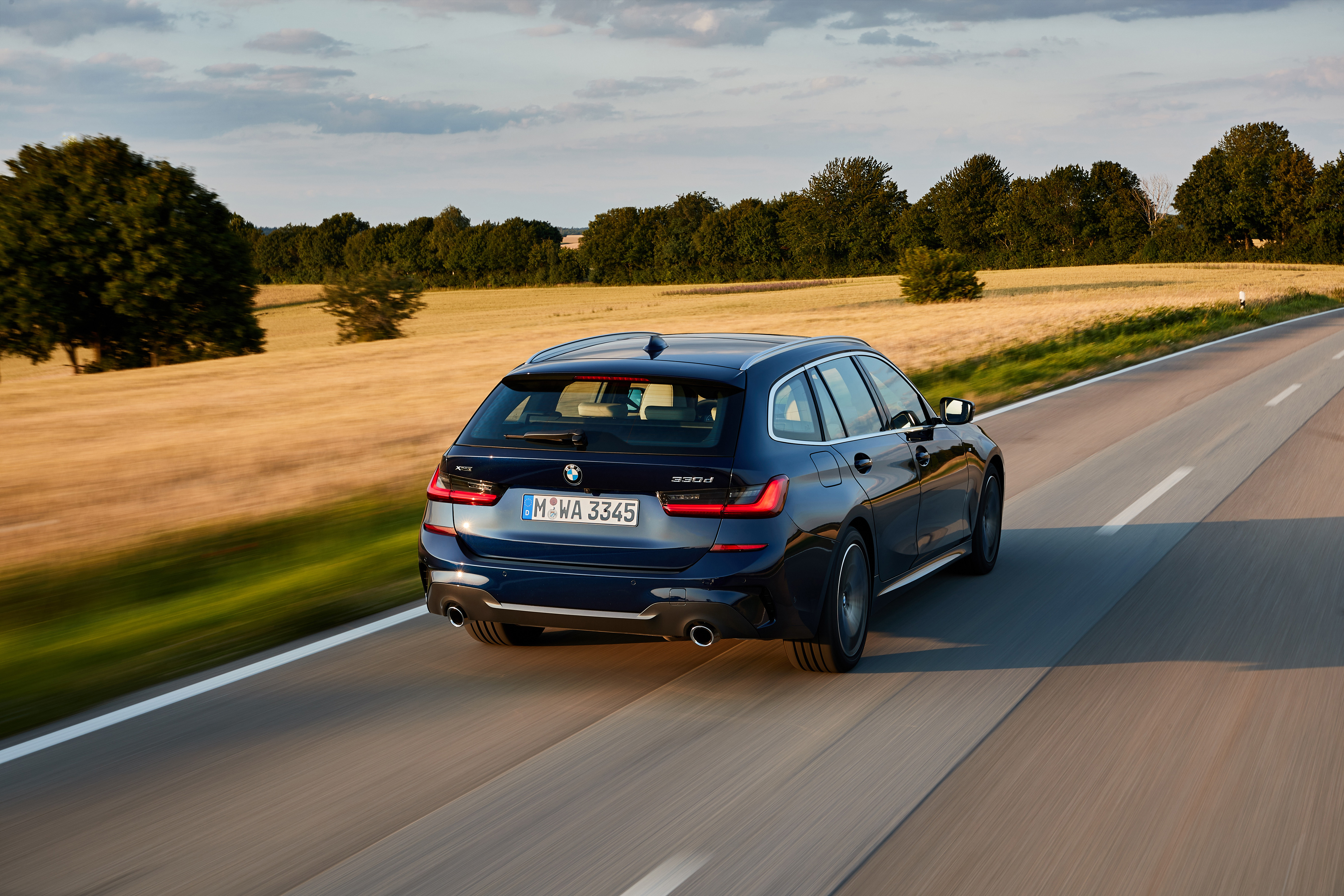 The test tour was propelled by a six-cylinder diesel engine 330d with xDrive with four drive wheels. A very convincing machine that is married to an automatic transmission. He is not too busy with his work, but he is very pleased with the acceleration. The capacity is already on the edge of the exclusive. The jump to hundredth takes only 5.4 seconds, and consumption does not go upward with respect to the experience of the bigger series 5. This engine will be searched by many Slovenians, but due to the higher price the most interest will be for the 320d quadrupeds. 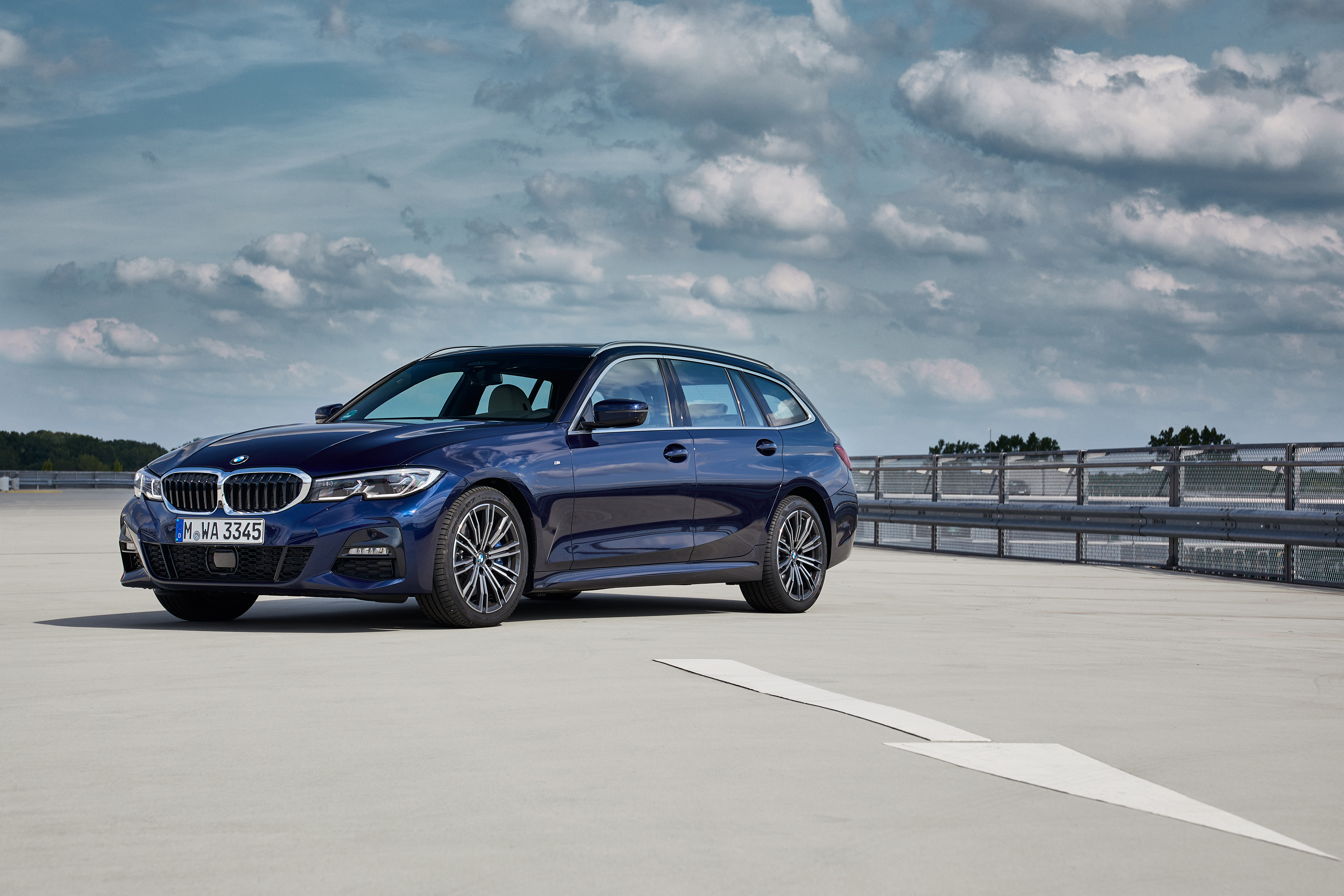 You choose between six engines: three diesel and three gasoline. On the diesel side there are 318d, 320d and 330d xDrive with 110 to 195 kilowatts. The petrol station starts with 320i with 135 kilowatts, then with 330i (190 kilowatts), and the top of the offer will be the M340i xDrive with 275 kilowatts. The Diesel 318d and 320d will be equipped with a six-speed manual gearbox and all other eight-speed automatic transmissions. In November, they will start selling 320i, 318d, 330d (without xDrive) and M340i xDrive.

What do you get with a caravan?

Standard caravan 3 will be equipped with LED headlamps. At no extra cost, you also get roofing sleeves, opening the back cover of the button, folding pillows, aluminum trim for B- and C-pillars and an aluminum edge of the side windows. In all versions, the row of rear seats is folded 40: 20: 40. The acoustic windscreen is also included in the standard equipment list while the safety systems display a strip exit warning and city emergency stop function with a pedestrian and bicycle system . The 3 Series tour will be available in late September, when prices are also known. 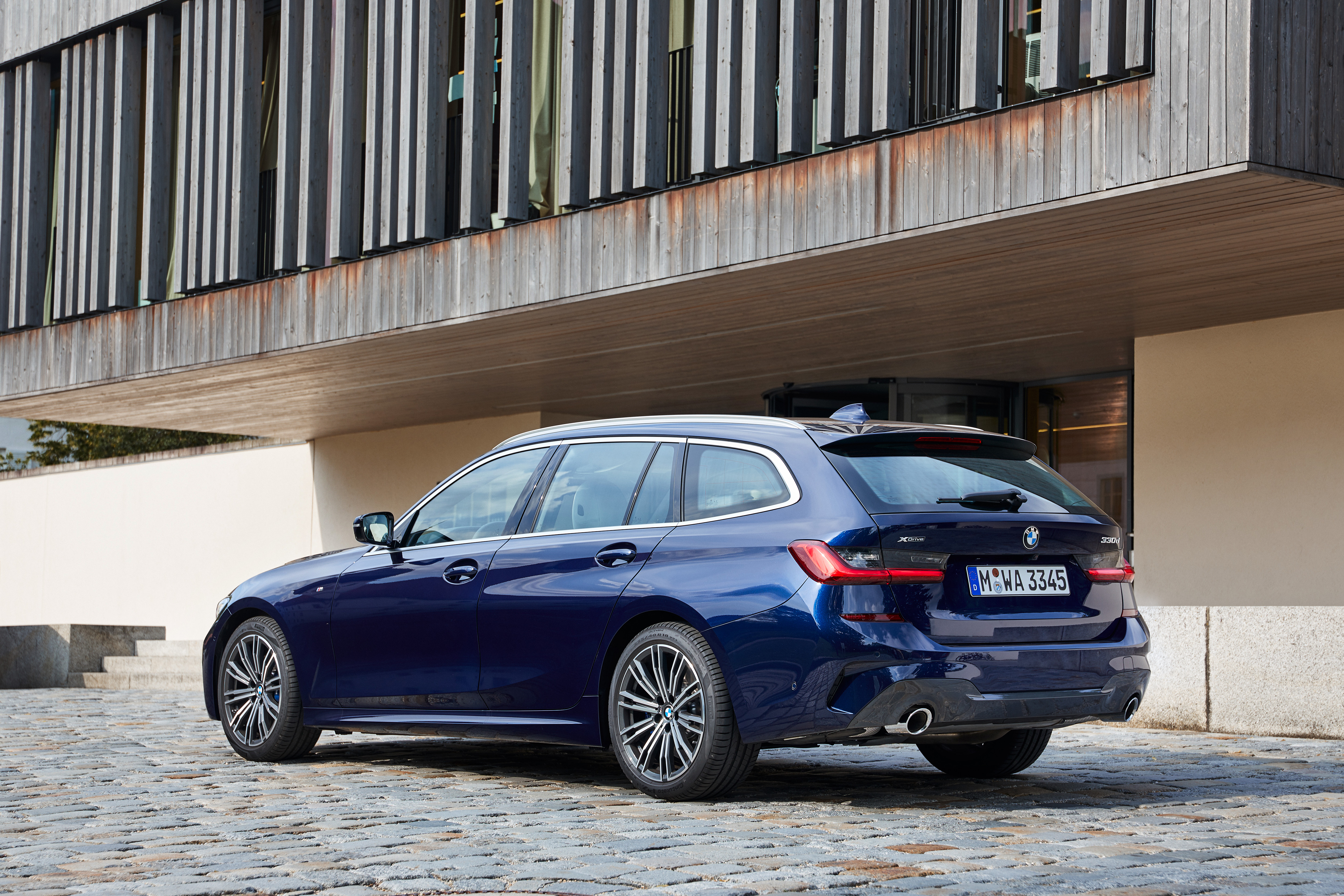 32 years ago Max Reisbock It's probably not even dreamed of creating a bodywork that is now more important than the sedan in some of the biggest markets. The required portion of the offer is on the old continent, where they sell 90 percent. "The German market represents a market share of two thirds, and the majority share in Italy and the UK," she said. Elke Sonack, BMW Project Manager, Series 3 Touring. For five generations they produce more than 1.7 million copies, half a million of the last generation. On the Slovenian market, 51% of customers decided on a caravan. 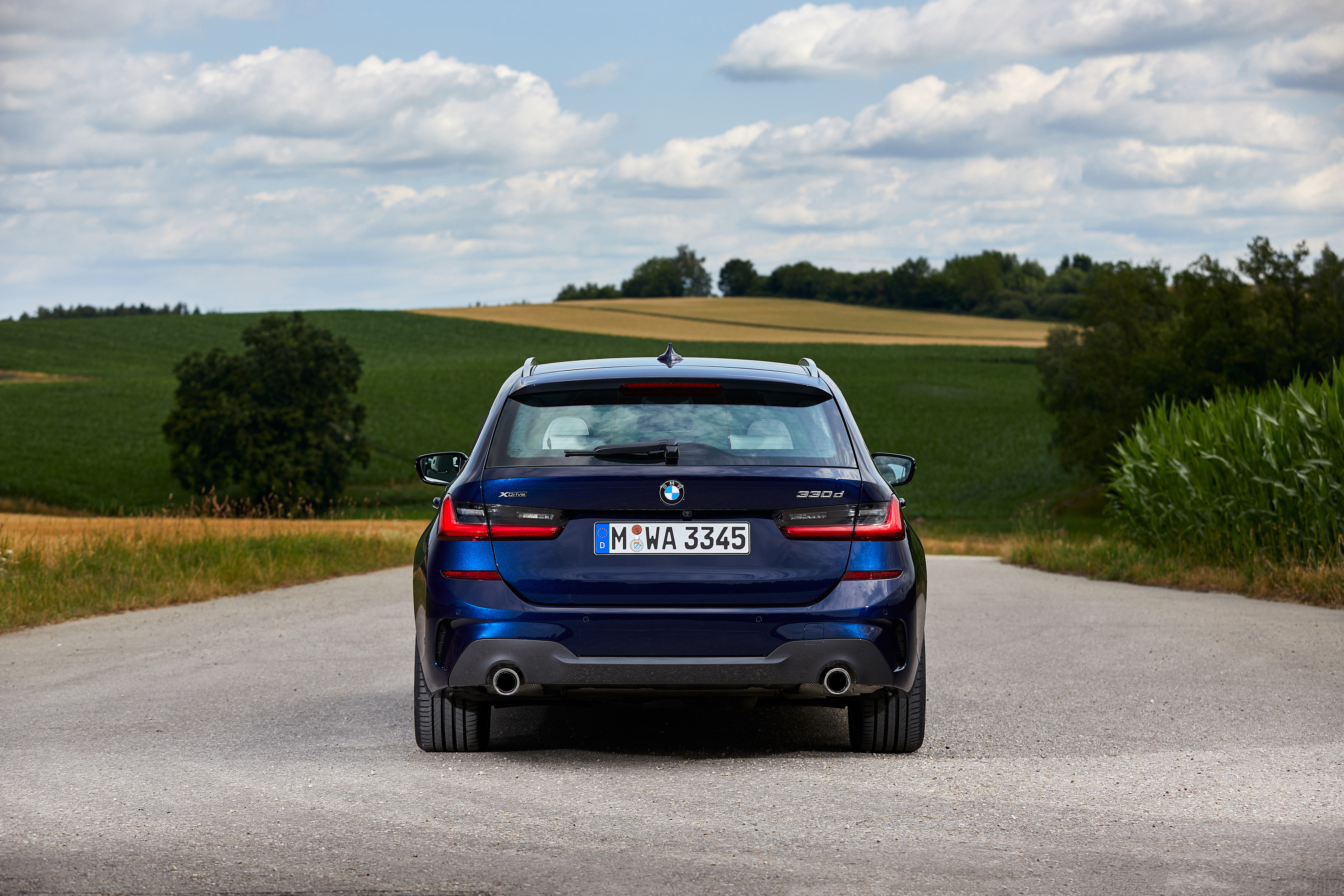