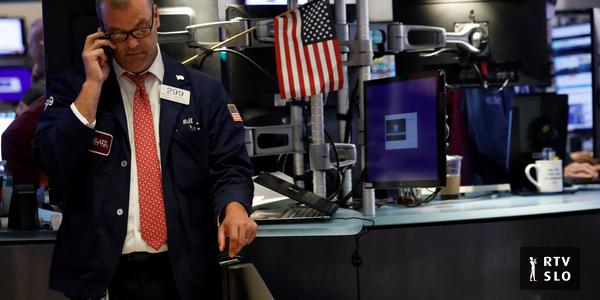 Hot Summer on Stock Exchanges! The shares of S & P and Nasdaq jumped 2.3 and 1.7% last week. Quarterly business posts are generally better than expected. It is true that Boeing was disappointed with the high loss (as a result, the elite Dow Jones gained only 0.1% throughout the week) but the technology companies shone. Alphabet, a Google subsidiary, earns $ 38.9 billion in revenue from April 1 to June 30, up 19 percent from the same period last year. Alphabet also welcomed the $ 25 billion worth of large-scale equity purchases. Shares of Alphabet jumped almost 10% on Friday as the price reached $ 1,265, up 2% to the highest value in the past year.

Decade of American Economic Growth
Next week, nearly 170 companies included in the S & P 500 index will post business results, including Apple. New data from the labor market will be announced on Friday, and investors will expect the Federal Reserve session in particular (July 30 and July 31). The first estimate of the US economy's growth in the second quarter was encouraging: GDP (after 3.1% growth in the first quarter) increased by 2.1%, which is above the forecasts (1.8). The economy in the world's largest economy has been record for a decade, but on Wednesday, the Fed will almost certainly lower the key rate by a quarter. On Thursday, the European Central Bank did not change the interest rate. Mario Draghi thought he was a bit more optimistic about the economic situation than analysts expect (according to Draghi, the risks of recession are low), which reduces the likelihood of major interventions in monetary policy. However, the ECB is still expected to reduce its negative deposit rate in September.

Extraordinary profit for those who risk in 2012
In the bond markets, much attention has been drawn to the decline in Greek ten-year bond yields below two percent, which happened for the first time in history. On Thursday, profitability was only 1938 percent, and thus less than the profitability of a comparable US bond, just over two percent. In other words: Greek public finances are less risky than US investors in the eyes of investors. Four years ago, the ten-year Greek bond yield was about 15%, and in March 2012, at the height of the European debt crisis, it was even 48%.

Investors are "warned" about Greek bonds
Recently, all European bonds, including the Greek ones, have risen sharply and therefore the required yield has fallen (in the case of Slovenia, it is hardly positive), as the ECB needs to pursue an even more stimulating monetary policy and perhaps re- purchase of bonds. ended in December. Investors, in the case of multiple bonds quoted at a negative interest rate, adhere to all profit opportunities even if they bind to a state whose public debt reaches 180% of GDP. Last Tuesday, Greece issued seven-year bonds worth 2.5 billion euros, with demand more than four times higher than the volume of the issue.