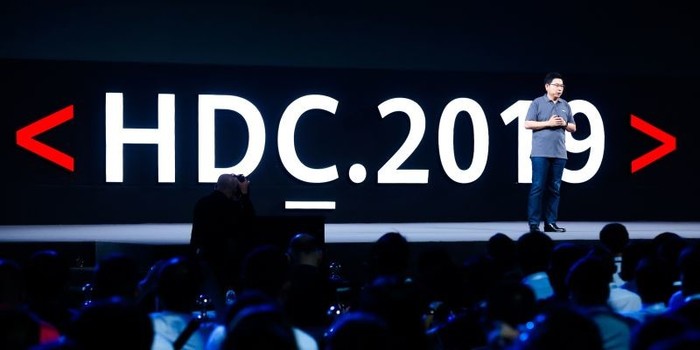 The three-day Huawei developer conference was held in the Chinese city of Dongguan, which was attended by 600 technical experts and nearly 6,000 developers worldwide. As part of the Opportunity Considerations topic, they discussed key technologies and the construction of an intelligent ecosystem of Huawei's future that will provide consumers with a superior consumer experience, regardless of device.

In 2010, as a newcomer to the mobile phone market, Huawei sold 3 million handsets. Eight years later, 68 times more. In the first half of this year (first half of 2019), worldwide sales of up to 118 million smartphones were recorded, representing a 24% increase over the previous year and, according to IDC, 17.6% of global market share. Growth is not limited to smartphones, as it is also seen in sales of tablets, laptops and wearables.
Huawei is present in 170 countries and its customer base has grown to an enviable 530 million. Huawei's open HiAi platform has over 2500 partners, and 140 million Internet of Things (IoT) devices support its HiLink protocol. Over the last ten years, Huawei has become an industry giant and has developed the necessary capabilities to build an intelligent ecosystem of devices, applications and services.

To showcase its power and excellence in software development, Huawei introduced a new distributed HarmonyOS operating system based on the small microkernel of the HDC conference. Innovative technology has ushered in the Internet of All (IoE) era and provided developers with effective development tools to develop an application only once and then launch on devices. At the same time, it provides the best intelligent experience in all modes of use.

"HarmonyOS supports everything and opens up a trillion-dollar market. Not only is the system today and tomorrow, but it is also the catalyst for the technologies of the future, ”said Richard Yu, CEO of Huawei Consumer Business. "Huawei has decided to innovate our technologies, including operating systems and semiconductor chips, to help consumers and developers. As a result, HarmonyOS is open source and Huawei will open Huawei further
HMS for developers, providing fast access to ecosystems and development resources.

HarmonyOS looks to the future
Huawei introduced two operating systems at the HDC conference. One of them is the all-new HarmonyOS distributed small-core system. It will become the basis of smart devices such as vehicles of the future, the Internet of Things and wearables. The other is EMUI10 for tablets and smartphones.

In order to meet the requirements of the Intelligent Internet of All (IoE) operating system, HarmonyOS is much more independent of hardware that works. This allows applications to always make full use of the hardware resources available to them and developers to develop it once and then run on different devices. However, the problem of underperformance is solved by reducing the application response time and highly efficient communication between processes.
system. Thanks to its small kernel and official verification method, HarmonyOS is also more secure.

The widespread EMUI10 technology brings consumers an integrated smart experience. Developers don't have to deal with the fragmentation and complexity of the hardware, but they can more easily develop an application that then works across all devices. The built-in delay reduction mechanism prevents Android from freezing as a result of the scattering of tasks and resources at all levels, providing a stable and smooth user experience. However, the human factor based user interface is
wonderful and transcends all words. Huawei P30 Pro smartphone users will be able to try EMUI10 for the first time.

An open HMS service and a new ecosystem
Huawei's Huawei mobile service helps developers by focusing on the idea and delivering one-stop access and intelligent distribution to all devices around the world. At the conference, Huawei announced that it would open 14 types of core capabilities, 51 services and 886 APIs. Currently, 43,000 applications are connected to the core of HMS services.

In addition, Huawei will provide developers all over the world with some of the services it has tested in China. A fast application standard will be available in September to allow access to non-installation services. The Capability Gallery offers over 5,000 services worldwide and is expected to be available worldwide in December.

App Gallery Connect is also available to developers to assist them in the process of creating, developing, distributing, operating, and analyzing an application. At the same time, Huawei has upgraded its Shining Star program by increasing the stimulus from one billion yuan to one billion dollars. They are now also available to developers worldwide.

To accelerate the development of non-smartphone devices and enhance the user experience of various applications, Huawei introduced HiLink & LiteOS & Chip. The environment combines an open platform, operating system and semiconductor chips for efficient and faster development of IoT devices. HiLink's open platform performs automatic IoT search, provides easy connection, one-time access, remote control and the like. The LiteOS system is the bridge between hardware and
For its applications, the development environment for it, Maple JS, has essentially the same capabilities as the C programming language and enables rapid application development.

Huawei also introduced some innovative technologies at the HDC conference, such as the use of spatial computing algorithms and artificial intelligence identification technology to build services that unify the real and virtual worlds. Huawei has demonstrated communication technology on 5G radio waves with millimeter wavelength, motion detection and heart rate on a flexible Mate X smartphone.
m.

"We will build an ecosystem and attract partners to it," said Richard Y. "What we showed this year at the HDC conference is a solid foundation for implementing our strategy for an overall intelligent life over the next 5 to 10 years."