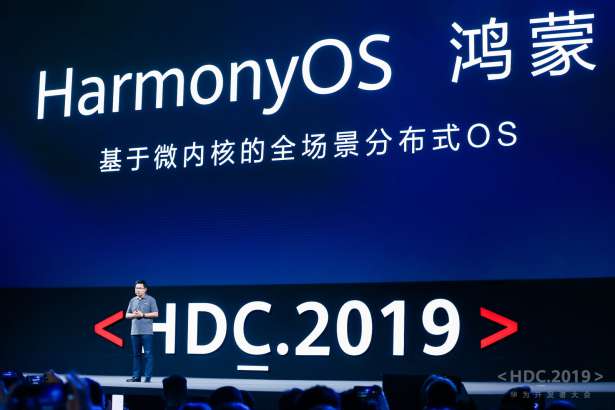 Harmony OS will offer a smart experience in all use cases.

Huawei introduced the HarmonyOS operating system at the HDC Developers Conference. The system is based on a microkernel and is designed to provide a cohesive user experience across devices and modes.

Richard Yu, CEO of Huawei Consumer Business Group, explained the reasons and preferences that led to the development of the new system. "Consumers expect a full and intelligent user experience across devices and modes. That is why we have come to the conclusion that we need an operating system that supports all modes of operation that runs on devices and platforms and that meets user expectations for speed and security. "

"These were our goals when we started developing HarmonyOS," he continued. "It's not comparable to Android and iOS. It is a distributed operating system with a small kernel that provides a smooth experience. It has a reliable and secure architecture and is designed for a variety of devices. You only need to develop the application once and then deploy it flexibly for everyone. "

Usually, a company introduces a new operating system to new types of devices. Ten years ago, Huawei envisioned a future in which artificial intelligence would be integrated into all walks of life. So they started exploring how they could achieve this. How to do something that goes beyond the limitations of physical space and extends to different hardware and platforms.

HarmonyOS is a lightweight, compact and powerful operating system that will first be used on smart devices such as smartwatches, smart screens, in-car systems, and smart speakers. With it, Huawei aims to create an integrated and complete ecosystem of devices, to create a secure and secure environment and to provide a complete intelligent experience with every use of any device. 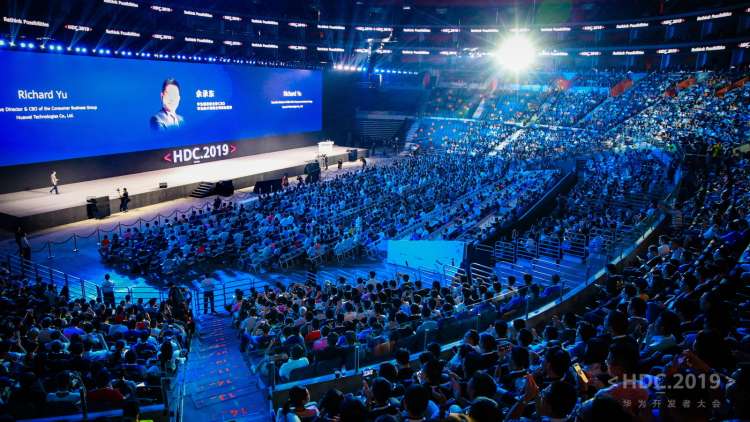 HarmonyOS – Four technical features
The desire for intelligent experience in all modes of use has set the scale for the requirements that the new operating system must provide very high. To fulfill its promises, it has been designed based on four technical characteristics.

1. Seamless: The first distributed operating system for seamless experience across devices
Adopting distributed architecture and virtual bus technologies, HarmonyOS offers a common base for communication, distributed data management, distributed task management, and virtual peripheral device support. In a system environment, developers will not have to deal with the distribution of the application to different devices, so that they will be able to focus only on the countries of development of their work. Development will be easier, as applications developed for HarmonyOS will work on different types of devices, while offering a seamless user experience.

2. Smooth: fast conversion with low latency and high performance
HarmonyOS will solve the problems of delayed application response and inter-process communication (IPC) of the system. It sets the priorities for the tasks to be accomplished in advance and the time frames for them and first allocates resources for the more important tasks. The application delay will be reduced by as much as 25.7%. The small core makes communication between processes up to five times more efficient than existing systems.

The HarmonyOS system has a completely new kernel design that, in addition to lower latencies, is enhanced by improved security. Huawei simplified the functions typically performed by the system kernel and moved some system functions to the user level. Bilateral protection is also added. For this reason, the core of the system performs only the most basic functions, such as planning and communication processes.

The HarmonyOS kernel uses official verification methods. Security is therefore provided from the bottom up in a trusted runtime environment (TEE). Formal verification methods are an effective mathematical approach that verifies resource-level validity, while traditional methods, functional verification, and attack simulation are limited to these two scenarios.

HarmonyOS is the first system to use official methods of verification in a trusted device for execution (TEE), which greatly improves its security. Since the system kernel also has fewer programmatic lines (about a thousand times less than Linux), the likelihood of a successful attack against it is much less.

4. Unified: Once developed, the application works on all devices
Development for HarmonyOS is accomplished through an integrated multi-device development environment (IDE). It also supports development through a number of programming languages, allowing developers to develop the application more efficiently. They only encode it once and distribute it to different devices, creating a tightly integrated ecosystem on them. Huawei's ARK Compiler Static Compiler, a unified development language with support for multiple programming languages, will greatly help in what will greatly improve their performance.

The evolution of HarmonyOS
Huawei also announced plans to develop HarmonyOS and its kernel during a developer conference. Version 1.0 will be introduced for the first time in smart screens that Huawei is expected to ship by the end of the year. Over the next three years, however, the system will be optimized and gradually integrated into a growing range of smart devices, including wearables and in-vehicle devices.

The success of the system will depend on the size of the ecosystem. To build as many developers as possible for its application, Huawei will launch HarmonyOS as an open source framework. It will also create an open source and community foundation to work closely with developers.

China is home to a strong ecosystem of applications with a strong customer base. Therefore, Huawei will first lay the foundations of the HarmonyOS system at home, and then gradually expand the ecosystem around the world. Huawei will share its capabilities in areas such as connectivity, mobile photography and AI, and will work closely with partners to deliver the best applications with the best user experience possible.

HarmonyOS will bring incredible new benefits for users, device manufacturers and developers. Consumer related and highly intelligent experience in all aspects of their lives. The system will give manufacturers the benefits of fifth-generation (5G), artificial intelligence and Internet of Things (IoT) technologies. Developers will also benefit from being able to provide their applications to multiple users.

"We believe that HarmonyOS will revitalize the mobile industry and enrich the ecosystem," said Richard Yu "Our goal is to provide consumers with an engaging and diverse experience. We want to invite developers from all over the world to join us as we build a new ecosystem. Together, we will be able to provide consumers with a smart user experience.