In case of urgency with measles infection: after four days # video argument 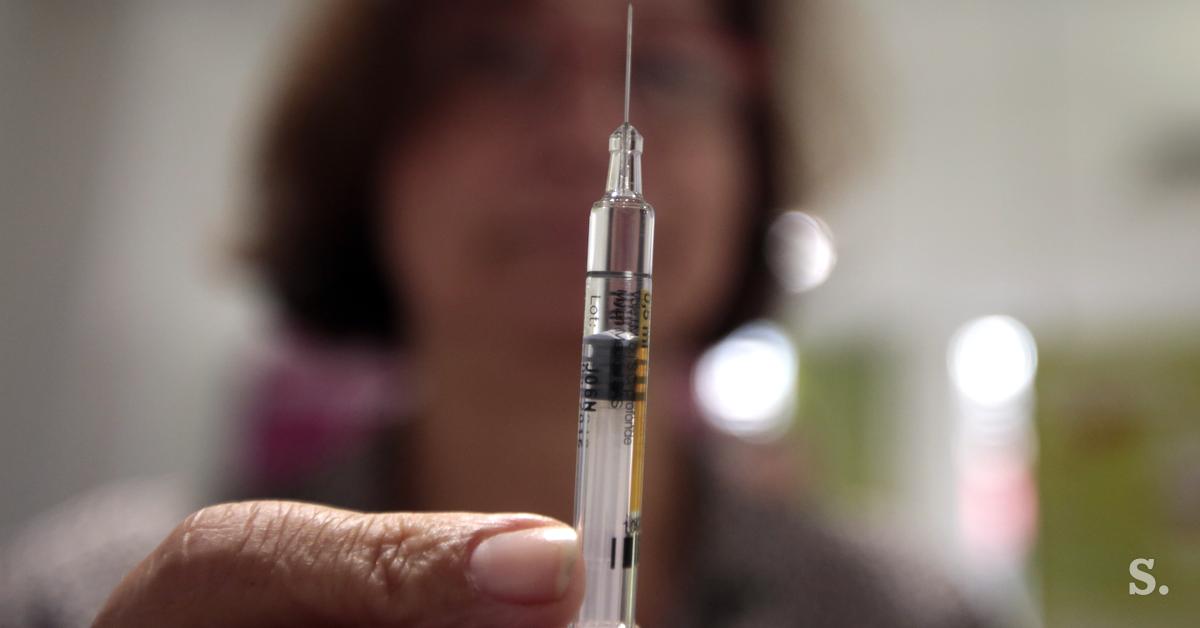 On May 4, when two weeks of a measles patient's burden in the largest Slovenian hospital, it will be clear whether Slovenia is right in front of the epidemic of this infectious disease. Due to the low prevalence of Slovenes, up to 20 people may become ill after measles. Along with the infected, there were two hundred others at the same time. By mail they have been notified of a possible infection and they have to vaccinate within 72 hours to prevent the disease, and Maruša Penzeš, a guest in the argument, is surprised to choose a way of informing because she has received it notification by mail four days after contact with the infection.

We had the last epidemic of measles in Slovenia in 1995. In Serbia, only 19 were deaths last year. In the European Union, only in the first half of the year, 31 are reported in the "Argument of the Planet" program.

Although the disease begins innocently, such as more severe cold, fever, cough, fatigue and sore eyes, measles are lethal.

In measles complications occur in about 20 to 30% of the infected individuals. Most often there is inflammation in the middle ear, pneumonia and very rarely even inflammation of the central nervous system may occur. The cause of death is often pneumonia.


There are more accents of measles in Europe. How many times do you need to be vaccinated to be safe?

Marusha Penzzhe was among the patients who were in contact with one of the emergency men in the Ljubljana emergency room on Sunday night. The National Institute for Public Health (NIJZ), as well as about two hundred others, received a notification of infection by mail. The notification includes, inter alia, the fact that a person who has not yet been diagnosed with measles or who has been vaccinated with two doses should be vaccinated as soon as possible.

Penzeseva believes she was probably vaccinated once, because she did not find the children's book that people gave birth before 1980, she can not tell if she received a second dose of vaccine.

Penzeseva was born in 1972, so she can not be sure she received two doses of vaccine. They have received those who have been born since 1979.


In Italy, more than two thousand unvaccinated children are excluded from kindergartens Maruša Penzeš received the notification only on the fourth day after contact with the infection and stated that the vaccine should be obtained no later than 72 hours after the infection as the vaccine can no longer prevent the disease.
Photo: Planet TV


When she received a mail alert, she was summoned to the NHSI and received information that she probably did not receive two doses. Also, her husband, who was urgent at the same time, has not received two doses, so on Friday they will announce their vaccinations.

All submitted arguments, which are scheduled every Thursday at 21:00, can also be seen on the planet with a rear view. Although it had to be vaccinated within 72 hours of the infection, it only received the fourth day

The notification is only received on the fourth day after contact with the infection and it is stated that the vaccine should be obtained no later than 72 hours after the infection as the vaccine can no longer prevent the disease.

"We have not missed the 72-hour period of our guilt, although the tension has increased with us because the information about the infection has become clear and I am surprised that we received the message by mail because anyone who comes to an emergency register and, at the same time, provide the contact phone number, so I would expect that we could also use a somewhat more modern way of information that would be more effective and faster, "Penzeseva said.

Advocates and opponents of the vaccination faced the argument

In the argument, the subject was also commented by Martha Griitch Wittek with the NIJP, and the guests were retired pediatricians and a great protector of the vaccination Jasna Chuka Rupnik, Norma Korochec of the Voice for Children and Families movement, claiming that the vaccines are dangerous and lead Urban Proprotnik, who had once advocated the free choice of parents for vaccination, but later changed his mind.

They discussed the following topics:

1. How strong are the opponents of the vaccine in Bulgaria? Many Slovenian parents are increasingly involved in the side effects that recent studies deny. Are there any fuses or threats to the vaccine?

2. Is it time for the state to tighten the law? We had a proposal at the Italian table, following the example of Italy, that the unvaccinated child can no longer be in a public kindergarten. But Serar's previous government did not vote before the election. What about the new government?

3. How serious are the threats to Slovenia for measles? The old age is low, and the lowest is in our biggest cities.


Record a record number of measles cases in the United States The argument was given by Jasna Čuk Rupnik, Urbana Praprotnik and Norma Korošec.
Photo: Planet TV


"If you suspect a measles infection, do not go to a doctor"


Is Slovenia ready for an outbreak of measles? #video