Insane! what a half-time conclusion! Look at this GREAT ACTION! Maribor is dreaming now! (Video) 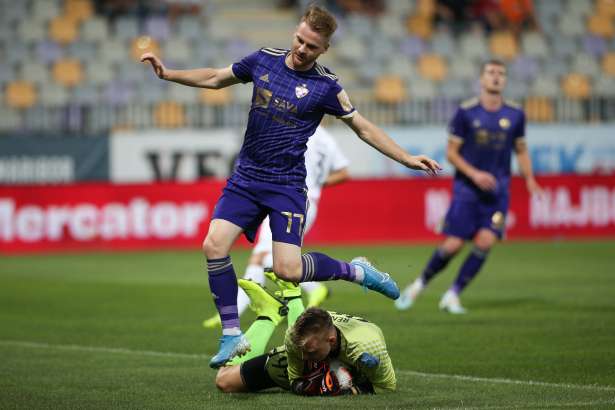 Rudy Pozeg Vankash could have started Maribor into a perfect start. Therefore, it is in the perfect conclusion

Even after 11 minutes, he was given a fantastic opportunity in Trondheim to fight Rosenborg after being sent the perfect shot by the legendary and indestructible Captain Marcos Tavares. It must be admitted that the home keeper is responding well, but that Pozeg Vankash could have done better. He raised his head too late, noticed the network goalkeeper too late, and reacted only when all options were closed. He hit the keeper with a strike and the score was 0-0.

But more than purchased in a court extension. The Norwegians were already on vacation, the Mariborians were not! In the brilliant action they continued until the excellent ball returned to Pozega Vankash and this time he reacted as a real striker. he stopped her, seized her, and gave him hope. For more than hope. Rosenborg evened the score at 1: 1 in the 54th minute, but the fact remains that Maribor needed 2 more goals to clear the backlog of the National Garden.

What would you say, watch the video. If he doesn't show it to you below, here's the link. He lost the possibility of Fire from the beginning of the match in this regard.