Look, over the centuries they've announced such a car 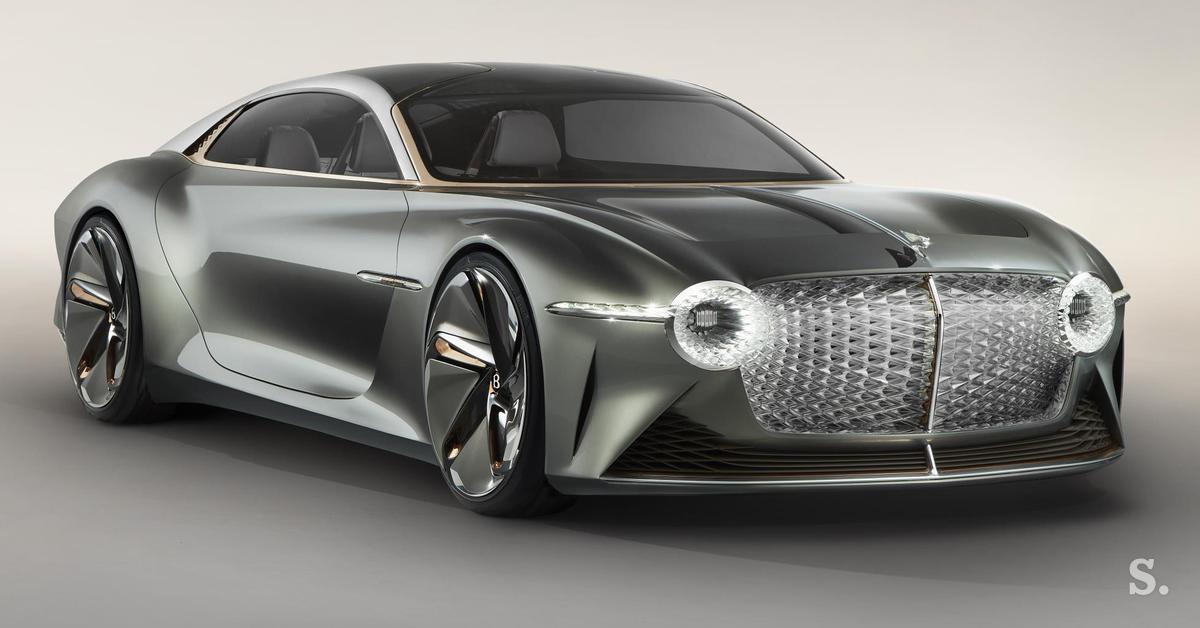 Bentley has already emerged from the traditional prestigious car brand with its first terrain terrain, and today, on its 100th birthday, the idea of ​​the first prestigious electric car was unveiled.

The Bentley concept with the name EXP 100 GT is a vision of British engineers how to look luxury cars in the style of a classic GT car in the future.

Over the centuries the vision of travel in 2035

The concept is 5.8 meters long and 2.4 meters wide. Bentley predicts such vehicles for luxury trips in 2035. The car not only has an electric drive, but the role of the driver and the passenger is already divided equally. The essence is in prestige, the comfort and artificial intelligence systems that take care of the best experience on the road. In this way they did not forget about the recycled materials and the vision for the development of the automobile technology over the next 16 years.

They foresee a significant engineering leap in automotive technology

According to developers in the British automobile brand, the batteries will have five times more energy density than today. In 15 minutes, they can be up to 80 percent, they say.

Such a concept would have a mass of about 1.9 tons, but thanks to the four electric motors and the distribution of the torque vector moment, it could have a superior acceleration. It is difficult to judge the exact specifications of the crew's car as it is primarily a visionary concept.

Bentley still claims that every fourth party of this brand already accepts the possibility of electric drive in the future. W.O. Bentley created the brand in 1919, and in the following years he won five times in the famous Le Mans race.
Photo: Bentley


this flight from the vision of Walter Owen Bentley

The British manufacturer of prestigious Bentley cars was founded by Walter Owen Bentley, who was born on 16 September 1888 and is the youngest of nine children. W. O., as his friends call him, comes from a wealthy family. His grandmother and husband have earned most of their wealth by banking and digging copper in Australia. Later, they returned to England and the family began a new life in London.

He spent many years in the Great Northern Railway workshop where he gained much knowledge. On this day, July 10, 1919, it was created by Bentley Motors. The company started working in the center of London and in September 1919 it produced its first car with a three-cylinder four-valve with four valves and a camshaft. The following year, they moved to northern London in Cricklewood County, where they established the first car workshop.

Since their inception, they have produced prestigious and powerful cars, and in the 1920s they have won five times in the famous Le Mans race (they won again in 2003). Although the news of the high-performance of their cars quickly spread around the world, they had a lot of problems with the sale. Therefore, UO quickly found himself in financial trouble. Before the crash, the brand was decided by Wulf Barnato, the son of a rich diamond owner who decides to buy Bentley in fear of losing his favorite brand.

In 1931 Barnato also gave up the company and was bought by Rolls-Royce's biggest competitors. Due to the Second World War, both brands survived, but in 1952 Bentley celebrated the first generation of Continental. This time the sale did not come out, but it also reduced their sporting spirit. After the Rolls-Royce models installed their badge, the brand was rescued in 1998 when, after two years of fighting, the Rolls-Royce and Bentley brands were split. At that time, they were bought by Volkswagen, and Benltey is experiencing one of the most beautiful moments in his story ever since.