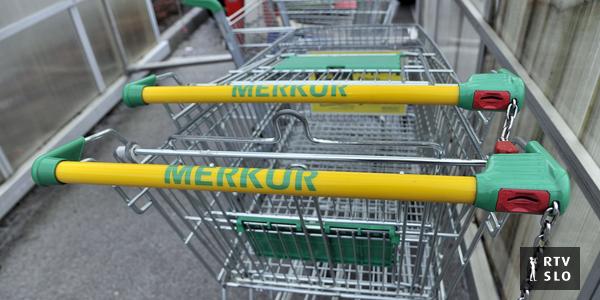 The deal between the treasury, both of which is headquartered in New York, was officially closed a few weeks ago, Siol said, adding that the change in ownership of Mercury's shopping centers has come to a halt, although it is one of the biggest deals with real estate in the country, as it is expected to cost a hundred million euros.

In less than two years, the Americans made a deal with which they had at least restored their initial contribution. HPS Fund Investments Partners in July 2017, purchased its commercial activity from the old Mercury bankruptcy estate for EUR 28.56 million, and almost simultaneously from the company Het He also bought 13 shopping centers, where he still works today Mercury Shop. He has withheld 49 million euros for them.

There are several shopping centers in Mercury's hand
The fund is also interested in buying shopping centers Ljubljana Vich, Primskovo, Noklo, Koper and Esenice, which are now in the hands of the company. Mercury Real Estate. However, its majority owner, Bank Claims Management Bank, is no longer actively seeking a buyer for it, as she is happy with her business, Siol reports.

Rental contract up to 25 years
The company Mercury The store has a long-lasting use centersWith her new owner, she signed a rental contract for a period of 25 years, which can then last twice for ten years. So they can be in them the rest At the same time it is with the fund LCN signs a preferential right in shopping malls.

trust LCN capital Partners, which manages assets of two billion dollars, specializes in financing the sale and lease of real estate. In recent times, it has been very active on the European market. Among other things, this is before bankruptcy Agrokor bought some of his shopping centers from the Croatian concern and returned them back. Similarly, there is a business in Slovenia.

HPS Fund Investments Partners for several months, is actively looking for a buyer for a commercial business of considerable interest in 2017. Among other things, he wanted to buy a Croatian technical trader, Pevec, and a group of his largest suppliers and creditors was also invited to join him.

Mercury perceives the improvement of business
Recently, the largest Slovenian technical goods trader has also significantly improved its operations. In the first quarter of this year it generated slightly less than 51 million Euro sales revenue, which is about 15% more than in the same period last year. In addition, Siol reports more than three times its earnings, half a million euros.

In June, in Mercury, employing 1500 workers in Slovenia, management and representatives of representative unions reached and signed a social agreement to lift regress. At the same time, the company continues to discuss company reorganization and systematization of jobs, the new pay model, redistribution of working time and the new corporate collective agreement.