Mercury's shops were silently given a new owner 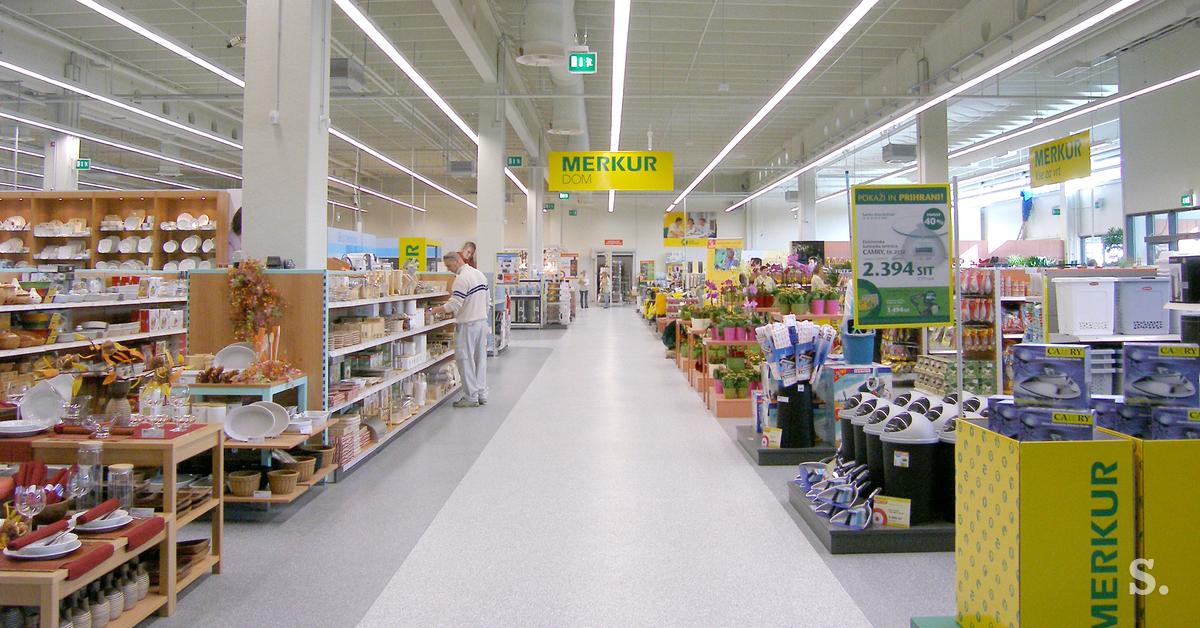 While Merkur rises and gets better, the sale of its shopping malls has been realized. We reveal who bought them, how much they paid for them, and why the previous owner succeeded in a remarkable business.

Mercury shopping centers in Ljubljana, Maribor, Celje, Koper, Velene and other large Slovenian cities have a new owner. It was bought by the US fund LCN Capital Partners, which according to our information has paid hundreds of millions of euros for it.

The fund, which manages two billion dollars of funds, has recently been quite active on the European market. Learn more in the box. Even before the bankruptcy, Agrokor bought some of its shopping centers from the Croatian concern and returned them back. Similarly, a deal was made in Slovenia.

The change of ownership of Mercury's shopping centers has occurred in silence, although it is one of the largest real estate deals in Slovenia so far. The value is also comparable to the recent sale of Mercator Centers, which was bought by the Austrian Supernova for 116 million euros.

The US LCN Capital Partners was established in 2011 and specializes in financing sales and leasing for sale and lease. It works in North America and Europe.
Photo: screenshot


Which shopping malls are sold

So far, Mercury's shopping centers are owned by the US fund HPS Investments Partners, which in 2017 also took Mercury's business.

The deal between the treasury, whose headquarters are located in New York and their offices are less than a kilometer, was officially completed a few weeks ago. The new owner received 15 out of 23 shopping centers. These are:

You have already restored the original bet

As it is known, in July 2017 the American HPS Investment Partners redeemed its trading activity from the old Mercury bankruptcy estate for EUR 28.56 million.

Almost simultaneously with Heta, the bad bank of former Hypa, it coordinates and concludes a contract for the purchase of 13 shopping centers in which Merkur Trade is still operating. For them he has deducted 49 million euros, which is expected to be much higher than expected.

According to our information, the Fund is also interested in buying five shopping centers (Ljubljana Vic, Primuskovo, Naklo, Koper, Esenice) that are now in the hands of Mercury Real Estate. However, its majority owner, the DUTB, should not (more) actively seek a buyer for it because it is happy with its business.

In less than two years, the Americans made a $ 100 million bargain with which they at least restored the original bet.

It seems that they will soon be fully withdrawn from Slovenia. For several months we are actively looking for a buyer for business.

For Merkur Trade, which is managed Blaz Peshak and Igor Marosha, had a great interest in 2017. Among other things, he wanted to buy a Croatian technical trader, Pevec, and a group of his largest suppliers and creditors was also invited to join him. 
In the last period, our largest technical trader has also significantly improved its business. In the first quarter of this year it generated just under 51 million euros of sales revenue, which is about 15% more than in the same period last year. At the same time, more than three times the operating profit by half a million euros.

A few days ago, Mercury, a company employing 1,500 workers, reached a signing agreement with representatives of representative trade unions. With him, among other things, the payment of the regress amount was increased to 1,500 euros. At the same time, they continue discussions about company reorganization and job classification, the new pay model, redistribution of working hours and the new collective bargaining agreement.

Last year, Merkur generated slightly more than $ 230 million in revenue. This is far from what has been achieved before the crisis and failed management control Binetta Corday, for which the old Mercury was actually bankrupt. Two companies, Merkur Trgovina and Merkur Real Estate, appeared on its website.


Big Bang has a new owner. Is this a Slovenian or Albanian?

Earlier this year, Mercury began to pay its obligations to the creditors by a confirmed forced settlement, which led to the sale of a commercial activity. In the first tranche, they repaid to the creditors around 615,000 euros, and their debts were settled in ten years.

In the period of financial and business rehabilitation, one of the key risks in the company's operations is certainly the property of Mercury's shopping centers. 
Mercury paid a reduced rent for shopping centers in agreement with creditors, which allowed him to speed up rehabilitation, but on the other hand he managed to achieve a higher operating profit. Affordable rental contracts will definitely expire this year.

This was the main reason Americans, in addition to commercial activity, wanted to buy their property in some way. If they fail, there may be an excessive increase in rents, which would jeopardize the long-term viability of Mercury's operations.

Even before the sale of shopping centers and commercial activities, this risk was eliminated. Merkur Trade has secured their long-term use. With her new owner, she signed a lease for a period of 25 years, which may later last twice for ten years. They will then be able to stay there until 2064. At the same time, LCN signs a preferential right in shopping malls.


Binetu Corded would have taken the last property

Where Americans still bought in Europe

– Aany bought a business complex near Aberdeen, Scotland for nearly 130m euros and has a Norwegian energy group Aker Solutions, which manages the oil platforms in the North Sea;

– At the end of 2017, a business building in Lodz, Poland, was purchased for 60 million euros;

– In early 2017, they bought ING's head office in Amsterdam, the Netherlands.