New coins were issued on the anniversary of Prekmurje's accession 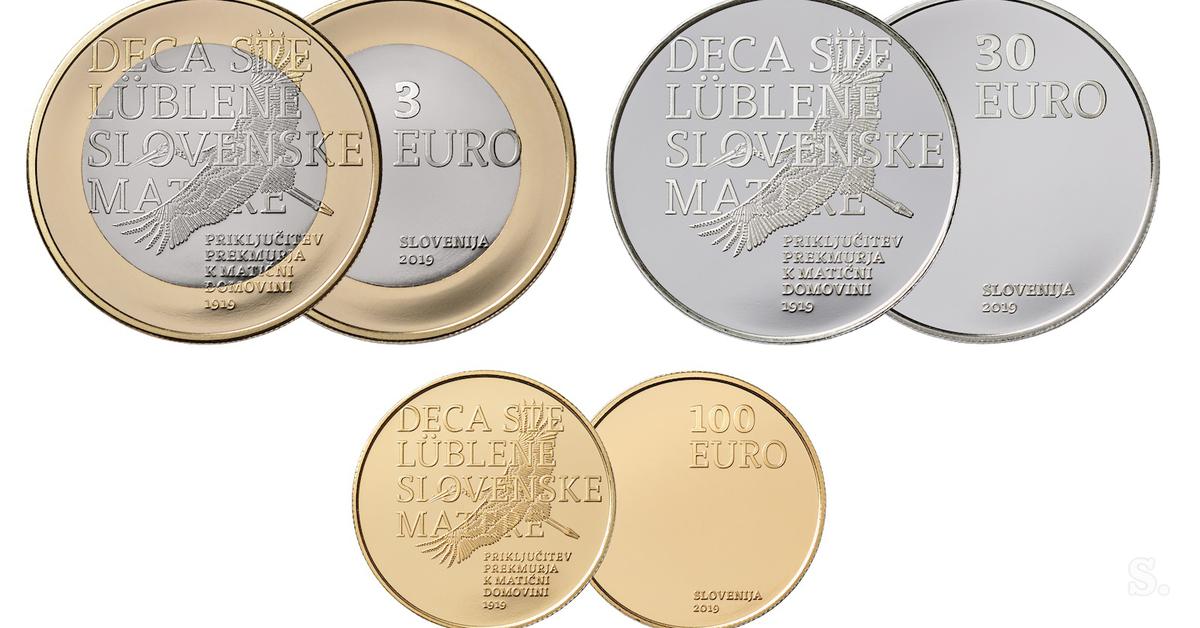 The Bank of Slovenia today offered new collector coins to mark the 100th anniversary of Prekmurje's accession to its homeland. Gold coin, silver coin and collector coin of two coins are legal tender on the territory of Slovenia, in other countries their value will be only numismatic.

The Bank of Slovenia wants to give special weight to the issue of collector coins this August 17, a national holiday. On that day 100 years ago, the territory of the Slovenian Krajina, Prekmurje and Porabe, the Yugoslav army, which occupied the territory without a fight on 12 August 1919, surrendered to the civilian authorities. With this, Slovenian Slovenians reunited with their mother nation after eight centuries of Hungarian rule.

The gold coin will have to be deducted 340 euros

The circulation of these collector coins, available at the Bank of Slovenia and selected branches of Dezelna banka Slovenije, is 500 gold coins, 1,500 silver coins and 51,000 double coins, of which 1000 are high-gloss technology packed in a plastic capsule. Gold coin costs $ 340, silver coin $ 50, two coins three euros. Their face value is $ 100 for a gold coin and $ 30 for a silver coin, the central bank explained.

The state also issues commemorative coins with the Bank of Slovenia, which are legal tender in all euro area countries, which is not the case for these coins. The Bank of Slovenia announced that this year commemorative coins, which will be a payment instrument in the euro area, are expected to be issued in the last quarter and are intended to commemorate the 100th anniversary of the University of Ljubljana.