"Olympia and Cedevita are my greatest love" 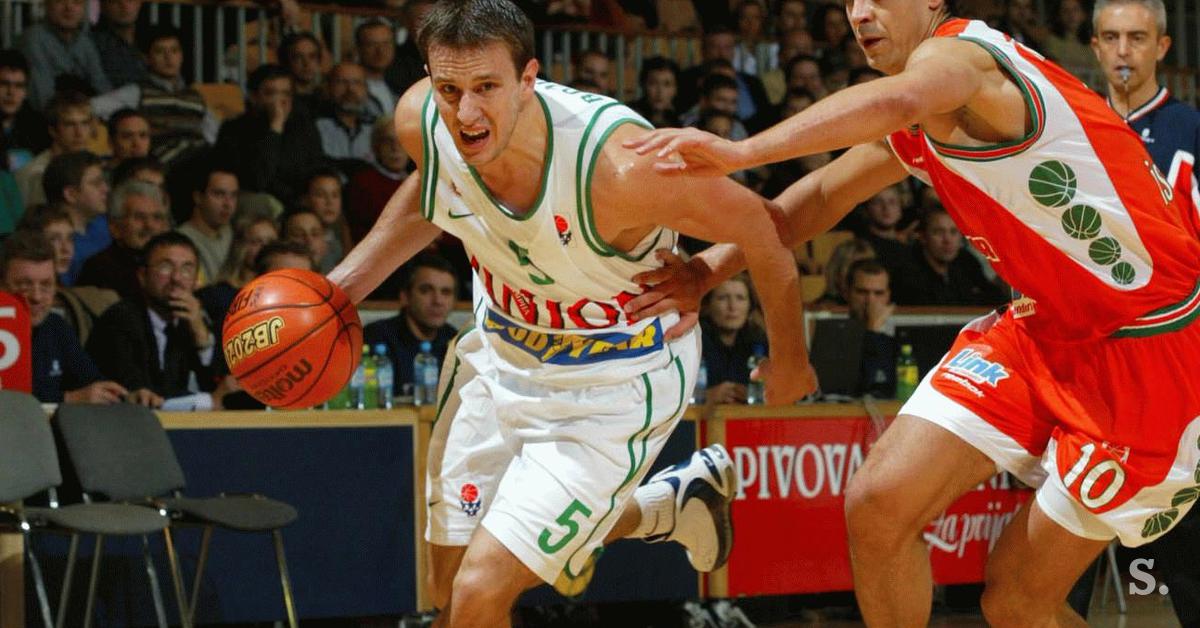 What is left of Cedevita in Zagreb? Marino Bazjeric, a former Olympia and Sedevita player, is in charge of the new and sports director of the new Cedevita junior club, which began last week with the remnants of the former Croatian champion.

"Let me speak Slovenian," said former Croatian national team mate Marino Bajaric, who fell in love with Ljubljana seventeen years ago. For three years he was a member of the Olympics. He then plays for Menorca and Cibona, leaving the giant seal at the end of his career in Cedevita in Zagreb. He is the only basketball player whose retired club retires (number 45). In Cedevita, he was hired as the head of a young plant. After moving Cedevita to Ljubljana, where she joined the Olympics, she took on the role of sports director of the new Cedevita junior club in Zagreb. This will be followed by the whole movement of the younger categories and the basketball school. He also has ambitions in membership basketball, where he met the first but anticipated obstacle. Since it is a new club, he should not take advantage of the competition rights of the old Cedevita and play in the first Croatian league. Marino Bajdaric: In the jersey of Cedevita against Olympia
Photo: ABA League


Leave the seal both in Olympia and Cedevita. How did you know about the merger of the two clubs?
This is my club. Yes, I started in Kvarner in the Kvarner region and I played there for many years, but the club that made me the best was Cedevita and Olimpija. This is my two love. Merger? At first I was quite surprised. I believe that such feelings have been transferred to many others. But when I went into history and looked all together, mostly through the prism of Cedevita's story in Zagreb, I quickly realized that this was a logical thing. Now I look optimistic about the future of Cedevita Olympias. I believe this is a good project.

Could you explain to Slovenia why Cedevita in Zagreb has never really been accepted, even though it played high European level, won domestic laurels and developed young players?
Look, if the movie had to become a 2005, we would quickly see a different picture. Cedevita was a nice club that was very approved. Emil Tedeski was in the eyes of many enthusiasts who invest money in sports. They also regretted that there were no such positive stories anymore. But everything changed when Cedevita began to win the laurels. At that time the same club with the same boss lost his sympathy. It was seen that many of them were greeted with sympathy, but not sincerely believed in history. But even more painful is that the club in town is not treated properly. The situation is not comparable to other clubs. I think that is why Mr Tedeski has lost hope. These are the accumulated disappointments. Jump to 2004: "Run" after one of the European matches in Tivoli
Photo: Type Poinar


Cibona against Cedevita?
I would not want to open clubs. It's not about the club but about the one who decides. For me, as well as an athlete, it is incomprehensible and unacceptable that two clubs can not live in Drazen Petrovich's hall. In Europe we can find a cluster of clubs from the same cities that are in a much worse relationship, they share a hall. In this case, the Cedevita EuroCup matches had to be played in an inadequate hall. The fact is that the visitor can not feel as good at anywhere else in the Sports Center.

Well, the history of Olympia, the club that opened the door for you in the last decade and a half, was a hostage to the rehabilitation and a club that gradually moved away from the wider regional peak?
It is amazing to me that in the last decade Olympia was only a two-time Slovenian champion. When I was a member of this club, the state titles were almost obvious and the ambitions were European. Now I'm talking like a fan. In this role I did not see the logic. I did not admit the right sport policy. Olympia did not develop young players in the last period, but at the same time there was no result. I often asked what the club's vision was. Of course, other clubs did this with an advantage. In the last season mainly Sixt Primorska.

Jersey Olympia?
When I played in Ljubljana, it was the greatest pride. Probably it was before my arrival, that is, when the club won the European Cup and played at the last Euroleague tournament. 
"You asked" to speak Slovenian. Your wife is Slovenian. Many of your former Olympians (Ilyvex, Modrich, Bossa, Hukic …) settled in Ljubljana. Interestingly, a few big years ago in Olympia was a great group of players.
I played in Spain and then returned to Zagreb, but I never forgot Ljubljana and Olympia. He will never. This is both formal and personal, this is the most beautiful chapter in my life. Then I played my best basketball. I played the Euroleague. Private? I created a family in Ljubljana and I had many real friends. It is true that we were a happy family. If this were not the case, the players you mentioned would move around the world.

We are back in 2019. You became the director of the junior club Cedevita. What way are you going?
From 2018 I work with Cedevita youth coaches along with trainers. During this time, we did a great job. I'm surrounded by an exceptional group of coaches. I am proud that we were ready to create a new team for the first Croatian league. This will be a group of thirteen basketball players born between 1997 and 2000. All other Croatian clubs have not as many players as Cedevita has created. The Basketball Federation has rejected our request, which I am sorry about. Not only for our club, but also for Croatian basketball. Why? Perhaps only one of these players would have gone to Cedevita Olympias, everyone else would be ready for Croatian basketball. Now … There is no doubt in the younger ones. Everything remains so. There are employees, infrastructure … Like a copy-paste from Cedevita to Cedevito junior. The more important is the question of what will happen to the membership team. We do not know at what level we will play. In any case, we will be able to adapt and bring the club to the highest level of Croatian basketball. "Olympia is my love!"
Photo: Sportal


Zagreb is destroyed in the Croatian capital. Cibbon is far from golden times. Cedevita goes …
Unfortunately, almost every year happens something that is not good for basketball. Otherwise, basketball is on the world stage in the direction of some Americanization. We are all condemned for the development of US players.

By the end … Where do you see Cedevita Olympia?
I believe that this club will always fight for the top of the ABA League and will be an equal member of European basketball, Euroleague or Eurobok.


The teachings of the Bosnian masters who "drank" the cereal


The champions have already returned from the market


In Croatia, red light for Cedevita