On the highway, the car stopped at 40 mph. Who was to blame for the shock? #video 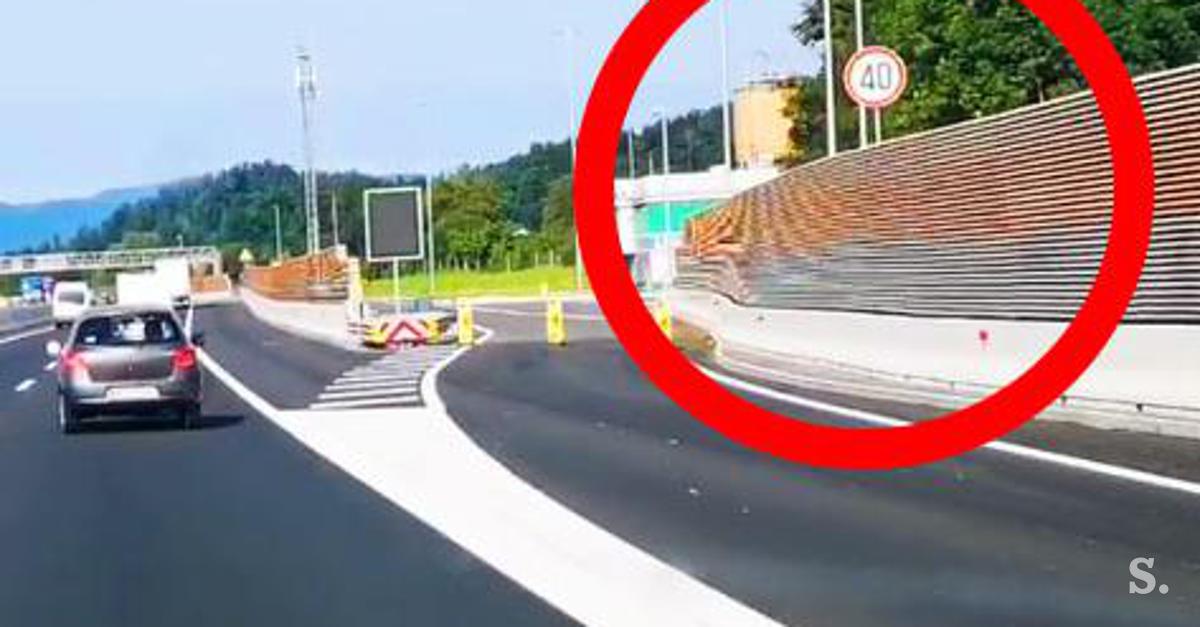 A car with cruise control radar and automatic vehicle speed limitation can be slowed down to 40 km / h (40 km / h) at any time on the highway. Dars recognize the problem of affixing certain road signs and promise quick removal, but the problem is actually the slow upgrade of car navigation systems.

While driving on the highway, I set the radar cruise control speed to 130 miles per hour with a modern premium car. I drove from Vrhnika to Ljubljana. The car automatically controls speed, maintains a safe distance, and with small steering wheel adjustments also maintains the optimum lane position. Just before the former Tol Log station, the car suddenly and unnecessarily slowed down. From a speed of 130 kilometers per hour, it reduced the speed to 40 kilometers per hour in seconds. In such a case, the chance of a collision is immediately very high.

The speed camera was accidentally caught by the car camera

It happened right next to the newly built Dars checkpoints, which found their place along former toll booths. An otherwise closed road shall be marked with a road sign limiting the speed to 40 kilometers per hour. This is actually located at the beginning of the import and faces the main highway. Car systems use a combination of a windscreen camera and navigation data. For example, they can also automatically adjust the forward configuration (or gear change …) of the road configuration.
Photo by Gregor Pavvic

Road signs for the 40 km / h limit will be offset

"We are aware of this problem and based on the decision of the competent associates from the traffic management and traffic safety department we will sign 40 km / h, placed at the exit of the highway at the Log control station, both from Vrhnika to Brezovica and from Brezovica to Vrhnika, soon removed or moved more inside the export weapons, "Darz told us.

The problem lies not only with the road sign, but also with outdated navigation data

This seemingly innocent example illustrates the need for good cooperation between maintenance services, vehicle manufacturers responsible for infrastructure and navigation systems, and drivers.

Because the problem is not just the road sign. Previously, our test car had dropped its speed from 130 to 60 mph, which was once above the Log (or Kozina) speed limit due to stopping work. Some navigation systems continue to warn of deceleration, and if the car has a vehicle speed control system in compliance with the restriction, the vehicle does not need to slow down.

Dars: The largest card provider has promised an update

Such a system for automatically adapting the speed of the vehicle to the given restrictions wants to be included in the list of mandatory safety equipment for every new car after a few years by the European Commission.

"The fact is that the data update depends on the manufacturers of the navigation devices, but there are many in the market. Through the Traffic Information Center for several years we have been trying to influence as much as possible map providers for these devices in order to update the data for Slovenia. speed limits are integrated into the maps, the largest card provider is Here, which has already received new information from us and also promised to update them as soon as possible, but of course, it also depends on whether officer of the navigation device update them. and finally the consumer. The operator of highway also can not be affected, "they added from Darsu.