One year since the death of the legendary Oliver Dragoevich 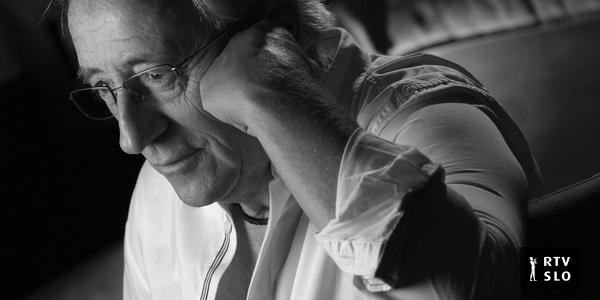 The legendary Croatian singer Oliver Dragojevic sang until he was stopped by the disease – lung cancer, which made him say goodbye just one year ago at the age of 71, thus offending many fans in the former Yugoslavia and beyond.

But his live songs, he has many hits that have won the hearts of millions of people, among them Empress, Nadalina, My Lindy is an angelwell, Seagull and I, SKALINADA, Malinkonia … In his 40-year music career, the creative Dalmatian has released 23 studio albums and numerous compilations.

The last farewell to the singer was on the split Riva, after which the ark with the late catamaran singer, accompanied by 500 vessels, was taken to his native Vela Luka on Korcula Island, where he was buried. close family and friends.

A concert in memory of Oliver
Right in Vela Luka, on the day of his death, a big concert was held in his honor Tracking to infinity, the memory of Oliver Dragojevic, The concert sold out within a few hours, so in Vela Luka they decided to put on a big screen in the city so that everyone could listen to the concert. The cast will feature Gibonni, Jacques Houdek, Goran Karan, Teddy Spalato, Zoritsa Konza, Dolphins, Nixa Bratos, Klapa Oshak and others.

Music accompanies him from a young age
At the age of five, his father bought him organs to entertain tourists and ferries to the island. Because of his passion for music, the boy's parents send him to a music school in Split, where he also earns piano, clarinet and peal.

He first appeared on the stage in 1961 at the Split Children's Festival, singing the song Baloni. He began his career in 1963 as a singer and keyboardist for the Split band Batali, and first achieved great success at the 1974 Split Festival when he received the first audience award with the song Ča will mi Copacabana.

The following year, he performed a song in Split Seagull and I the composer Zdenko Runzic (collaborating with Rundzic is one of the most recognizable tandems on the Croatian music scene), from which his musical path began, with jazz and modern rhythms intertwined with jazz and contemporary rhythms.

He is one of the few Balkan musicians to perform at New York's Carnegie Hall, London's Royal Albert Hall, Olympia in Paris and the Sydney Opera House. He has also received numerous awards for his musical creativity.