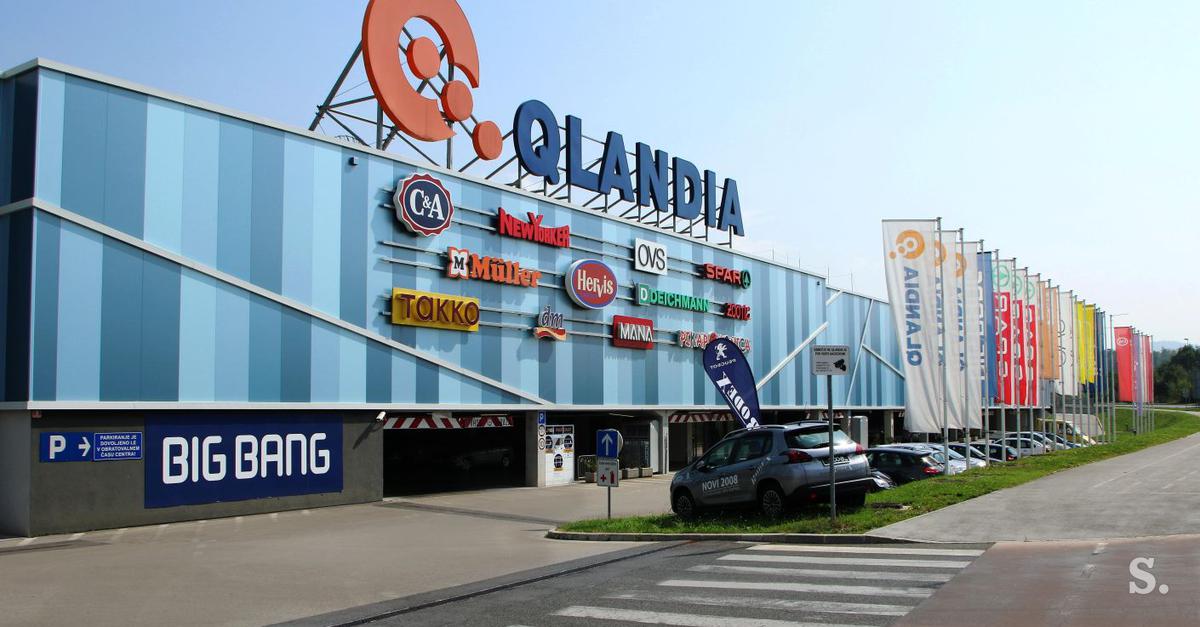 In the shadow of 116m euros to buy Mercator's biggest shopping malls, the Austrian Supernova held one of the largest real estate deals in the history of independent Slovenia.

The Qlandia shopping center has a new owner. This became the Austrian real estate company Supernova. After long negotiations, the US Real Estate Fund Lone Star RealEstate has agreed to buy Centrice property:

Thus, the Austrians will take over 19 centers, which together have more than 200,000 square meters of retail space. This will eventually reinforce the role of the leading player in the region's shopping mall market. This is even more open to Austrian traders and other companies such as Spar, Mercator's largest competitor in Slovenia, Slovenia and the countries of Southeast Europe. With a German dealer with technical equipment, OBI has a long-term partnership with Supernova.

Last autumn Supernova bought ten shopping centers from Slovenia from Mercator. For this, it has deducted EUR 116 million and has announced an additional EUR 10 million in investments. The subsidiary M2 Slovenia has already built about a dozen retail outlets, including the most famous investment in the Supernova Center in Rudnik, Ljubljana, worth more than 50 million euros. She was also interested in investing in a shopping center in Stožice in Ljubljana. 
In Croatia, Supernova already has shopping centers with a total of 260,000 sq m. Retail space. Last year, Zagreb bought only three (Kaptul Center, Branimir Center and Colorful Center) and another in Slavonski Brod. It also spreads widely in Romania, but last year announced its entry into Serbia.

Currently Supernova owns more than 80 shopping centers and other real estate in Austria, Slovenia, Croatia, Slovakia and Romania. Their market value exceeds 1.2 billion euros. Supernova rents tenants for a total of over one million square meters of retail space.


Mercury's shops were silently given a new owner


Business from a hundred million euros

How much Austrian Supernova will pay for 19 shopping centers is not yet known. According to the latest data, Centrice estimates € 267 million on the balance sheet. Their market or fair value is likely to be significantly higher, as in 2017 they were 10% higher.

In any case, the US fund will have to repay about 258 million euros in loans to finance the purchase in 2016. It was acquired by London-based Situs Asset Management, which acts as a creditor agent. According to the annual report of Centrice Real Estate Ljubljana, the money is entirely provided to US JP Morgan. Americans buy it and sell it for three years

Building the shopping mall chain Qlandia is one of the key real estate projects of the former Hypo banking group in Slovenia. It started before the onset of the financial and economic crisis and at least 350 million euros were invested in the available data. The first center was opened in September 2006 in Ptuj, and the latter in the beginning of 2011 in Kamnik.

The building was assisted by several influential local and foreign businessmen. It was a Corinthian real estate tycoon Walter Moser, which was linked to people around former Celovska Hypo Bank's former husband Wolfgang Culterrer, later sentenced for several crimes, and a Slovenian businessman and real estate agent Józe Anderlicwho lives in Vienna has always had good ties in Austria. 
After the collapse of Hypa, most of his assets were in his weak bank, Heta Asset Resolution. In 2016, it sold 350 million euros to Centrice, which manages shopping centers and rents them to shops and shops that offer home and office programs, a grocery store, textiles, shoes, sports equipment …

In less than three years, the US fund has already sold much of the property purchased:

Its headquarters are in Hippopotamus, and today is Addiko's Bank. It was bought by KD "Warehouses", which was owned by the Generali insurance group last year. It was bought by wealthy businessman Anton Ajman of Bled. It was sold to Trigal, which is in the solstice of Zagarovnitsa Triglav. 
4. building of the tax administration in Cran.

It is also bought by Trigal.