Telecom Slovenia has increased its profits by more than a third 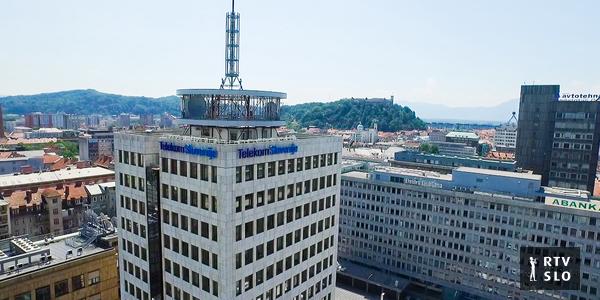 The revenues generated, as highlighted in Telekom, are not directly comparable to revenues for the same period of the previous year as they no longer include Blicnet's revenue sold at the end of last year, and earnings in 2018 include revenue from the project to create electronic toll collection. , which ended last year.

In the first six months of this year, the group generated EUR 112.3 million operating profit before interest, depreciation and taxes (EBITDA), which is 11% more than in the same period of the previous year.

Telekom Slovenije's net profit for January-June was 23.20 million euros, up 48% on an annual basis, while sales revenue declined by 5% to 308.10 million euros.

Meeting at the end of August

For 30 August, the Telekom Slovenia leadership called for a general meeting to decide, among other things, on the use of the cumulative profit for the past year. According to the proposal, shareholders expect a much lower dividend than last year, EUR 4.50 gross. The General Assembly will also appoint two new supervisors, and a renewed Board of Supervisors will be expected to appoint a new Board. Telecom Slovenia is already leading Tomaz Seljakwho was appointed head of the company only to the appointment of the new company's first husband.