Termit says he only receives non-hazardous waste, Balazzic is terrified 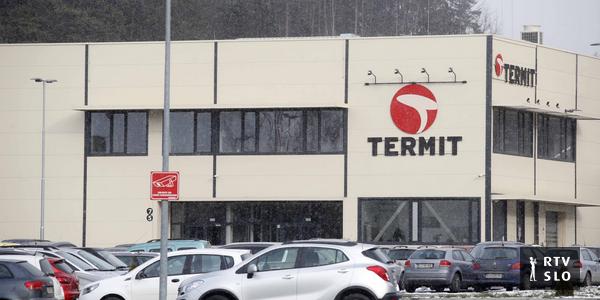 On July 11, the Minister for the Environment and Spatial Planning announced that soil and water analysis in Termit Dritmi Termit in the Moravian Valley indicates the occurrence of environmental damage. Simon SeitzThe analysis was also considered by Termit, who considers that the interpretation of the Slovenian Environmental Agency is unprofessional.

"With the experts, we reviewed the report and the interpretation of the results of chemical analyzes based on a project published by MOP and carried out by Arso. In Termit we agree with the sampling method made by Irgo, we also agree with the chemical analyzes presented by Maribor's National Laboratory for Health, Environment and Food, but the interpretation of Ars results is unprofessional and does not follow the right rules . CEO of Termit believes Anton Serranz,

A wider framework of events in the Moravian Termit was presented by the Termit Management Adviser Alenka Pavlin, which explains that Moravca is located on quartz sand already acquired by ancient Romans. Termite gains speed since 1960:Because of the time of the ancient Romans to Moravia always spit, we were in Termit in 2001, when we signed the concession contract, set in front of a difficult task. We had to repair all abandoned ramps, including those of the past, and to do that, we needed more than two million tons of material. We could use natural materials that would be much easier for us, but that would mean we would open a cave somewhere else in nature for two million tons of material. Someone needs to repair this cave. That's why we decided to use abundant material, and that's waste."

"We brought home the quartz sand"

She further explained that, together with experts from the Institute of Construction and the Biotechnology Faculty, they developed a procedure for the production of waste material, which is equivalent to the natural one. They were looking for industries that produce large quantities of waste. The first were foundries, they used quartz sand for metal casting, and then they were thrown away. "For them, this sand was a heavy burden and we were burdened with repair without proper material. When the drainage sand was returned to Moravia, we closed the circle of sand."As Pavlin explained, Termit received the Ars Prize, which he described as an eco-friendly company. Termit also became known as the pioneer of the circular economy.

Immediately after Termit, the mayor of Moravce called a press conference Milan Balajic and said he was horrified by the company's response, which claims that what he is doing is good, useful, necessary, ethical and honest. "Does cancer, scoliosis and asthma fall below what the morals suffer?"Balazzic asks."The nature we get from Termit is poisonous.""Experts who gave their opinion at Termit's press conference have dirty hands on the elbows with analyzes that show that everything is in the best order."

Arso thought the building was ground

According to STA, according to Pavlin, in the analysis, Arso made a mistake when looking at the embankment that was a construction site as soil, and assessed the results of the Boundary, Warning and Critical Dangerous Substances Emissions Directive. "This incorrect classification of the site has identified incorrect analyzes,– she warned, adding that for health, this staple is also a dangerous teaspoon of stainless steel and cement.

This interpretation of Ars for Termitvery prejudiced to the detriment of Termit"said Victor Grilts of the Environmental Protection School in Welane, and Nephat County Law Firm Nephat stressed that the report was that all samples and analyzes were made on the construction site, on the embankment rather than on the ground. of ecological damage to the terrain is significantly insufficient.