There are now three Slovenian banks in the Serbian mogul 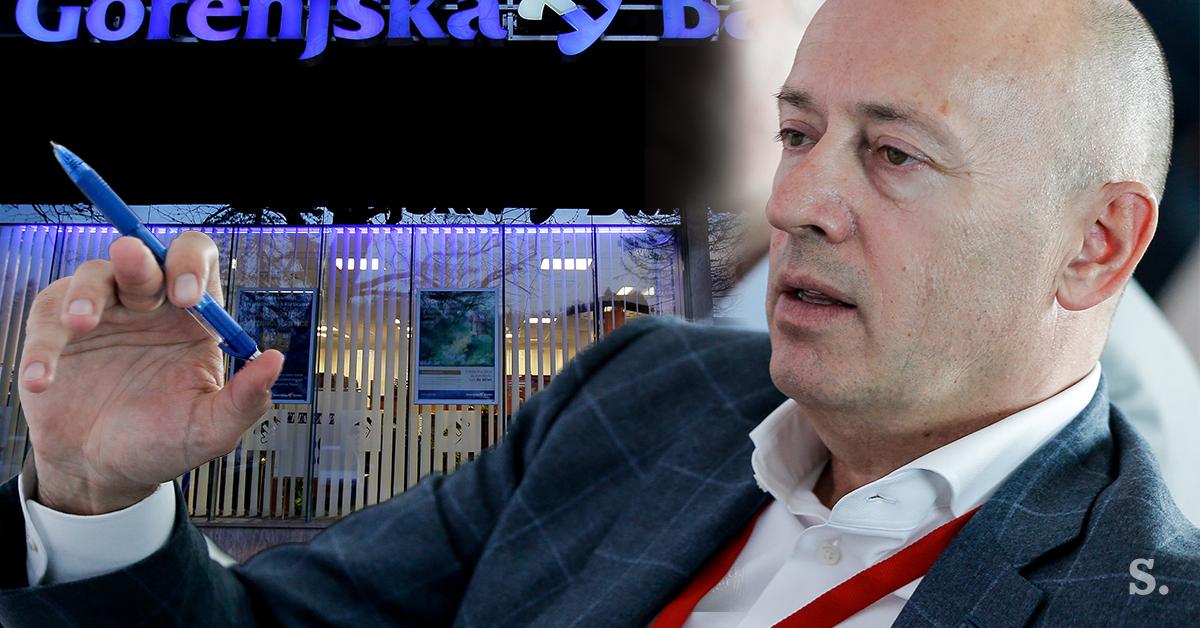 AIK Bank Miodrag Kostic officially exceeded the takeover threshold at Gorenjska banka. The acquisition law requires the company to declare its intention to take over the bank within three business days. If they do not, they will be punished with sanctions. The Securities Market Agency (ATV) will have to issue a decision under which Gorenjska Bank's voting rights will be suspended.

According to our data, AIK Bank has bought a larger share of Gorenjska banka shares in recent days and, according to the latest data, holds 33.82% of all shares. This exceeds the absorption threshold set for one third of the shares.

Due to the confidentiality of the procedures, it is currently not clear whether AIK Bank has already begun the procedure before the Securities Market Agency and has requested confirmation of the prospectus for the takeover.

The Agency acts when it establishes a breach of the obligation to declare the takeover bid in such a way that the transferee, in this case AIK Bank, withdraws or prohibits the use of the voting rights in the target company. Unlawful exceeding of the ATVP acceptance threshold also constitutes a crime so that it may impose a fine on the purchaser.

Last June, Miodrag Kostic agreed with the state to buy an additional 37.65% of the shares under a postponed condition. Sava and Abanka as the trustee of Gorenjska banka acquire an option that begins on February 15th. During that time, Kostic has to buy shares. If he does not publish the takeover bid, Sava may request their purchase.

For more than half a year, Miodrag Kostic is in the hands of the entire leadership of Gorenjska banka, followed by the Bank of Slovenia.


Will the Slovenian bank run the Serbian tycoon without the euro?


At the bank before getting permission

The richest Serbian tycoon more than a fifth of Gorenjska banka's shares were controlled before the Bank of Slovenia approved it, the regulator of the domestic banking market.

He aimed his target at the parking lot he hid, how many shares he actually owned. This allowed him to start running the management of the bank earlier, while the Bank of Slovenia did not sanction it.

Moreover, in intergovernmental, which continued due to the lengthy procedure for the appointment of a new governor Boštjan Vaslet, allowed AIK Bank and parent companies to increase their stake in Gorenjska banka more than 50%.


The bank is in the hands of the stock parks, the Bank of Slovenia responds

Meanwhile, many people are amazed at the recent activity of Miodrag Kostic on the Slovenian market.

With statements in selected media, she announced investments in Serbia and the region for half a billion euros. Besides tourism, she is currently fighting for three Slovenian banks or financial institutions.

According to unofficial figures, he has given the highest non-binding bid for Abanka, which the state has to sell in line with commitments to the European Commission in the first half of this year. The sales process is led by SDH Lydia Glavino,

According to our data, a non-binding bid was also offered for the Slovenian company Heta Asset Resolution, a weak bank of the former Hypo Alpe-Adria-Bank in Slovenia. The process found that Heta would buy the funds from AIK Bank and Gorenjska banka, which is also a bank in which only one-third of the shares are officially held.


Once they ruled our market, whose customers will now be