What is the story of Lindsey Vaughn and what kind of work we are not ready to listen to? 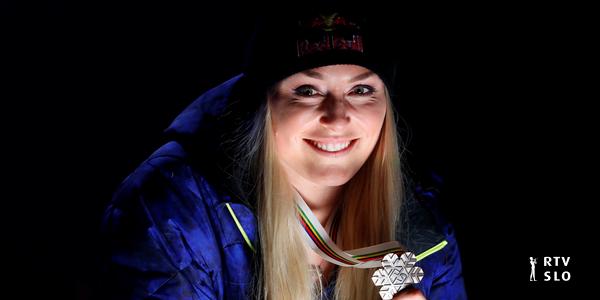 Or, more precisely, the sad symbol of modern top sport.

Her accomplishments are well-known – 82 World Cup victories (mostly women), 20 globes (mostly in history) and a significant number of returns, when she had to experience a long and painful rehabilitation, according to which she always achieved the goal. That is all too at the World Championship at Zare, when she suffered a big drop in the Super League, picked up, and then literally won the ski in the last race of her career bronzeThis is undoubtedly the achievements they describe from the prism of success.

Why then the tragic figure? First, because of health. The sport is healthy and has a good effect on the body, but it is quite different when it comes to top sport, about decades of repetition of extreme movements (which are in a fair proportion unnatural, which means they have a negative effect on the body). After the end of his successful career many athletes deal with this aspect and are among them Lindsay Won, Americans have an incredibly long list of injuries (this list is only until 2016). Alpine skiing is one of the sports that still have a long career path but are far from being the most cruel in this respect. At this stage, it is important to highlight American football and brain damage, which often have a fatal impact on the quality of life after the end of the career.

The athlete must have a very strong desire to burn all the injuries and return to the old rails. Who in Lindsey has made such a strong push? It's hard to get past your father Alan Kildovwho was a talented skier, but had to finish his career at the age of 18 due to injuries. Her whole family has been involved in building her career (she was finally taught by her grandfather) Don Kildov). Her entire childhood has been subject to the goal, even in years when you can not even know if the child will be able to jump into a youth, and later in a membership competition. There are stories about her father and about the inexorable training process. We know a similar story in our neighborhood The Kostelicswhere Father Ante picked up two extra-great champions with many laurels and … wounds.

In sports, we find many examples, when parents were the first trainers of their children, some of them others too through a larger or full part of his career. The proliferation of motivation and, in particular, the transfer of unrealized dreams to their children is an important part of the stories of the best athletes who may explode in many areas. Disturbances are the stories of serious disputes between parents and children, depression (at both points we find too Lindsay Vonn) and other personal problems that arise and then only increase.

Top-class sport is a business, a road to success and fame. Better to say, the path that in theory allows success and glory. Each Lindsey Wonne has thousands of athletes and athletes who have gone through a similar lifestyle that requires many refusals and sacrifices (including in the financial sphere). Of course, we hear, read and see mostly successful stories.

We carry an important pillar of responsibility too media that (not) want to create cultures of the personality, we write amazing stories that every media client should have to do. We are indeed soarhitekti gladiator scene. We sell illusory dreams, so we are not afraid we will not run out of candidates who will be ready to sacrifice their bodies and individuals for 30 years who will be prepared to risk too much and destroy all the bones at the next jump. endanger the quality of life after the end of their careers. That's why it's worth appreciating too those who consciously reduce this risk and unnecessarily capture archives and endanger their health.

Consequently, media makers need to look into the mirror and ask what we really say.