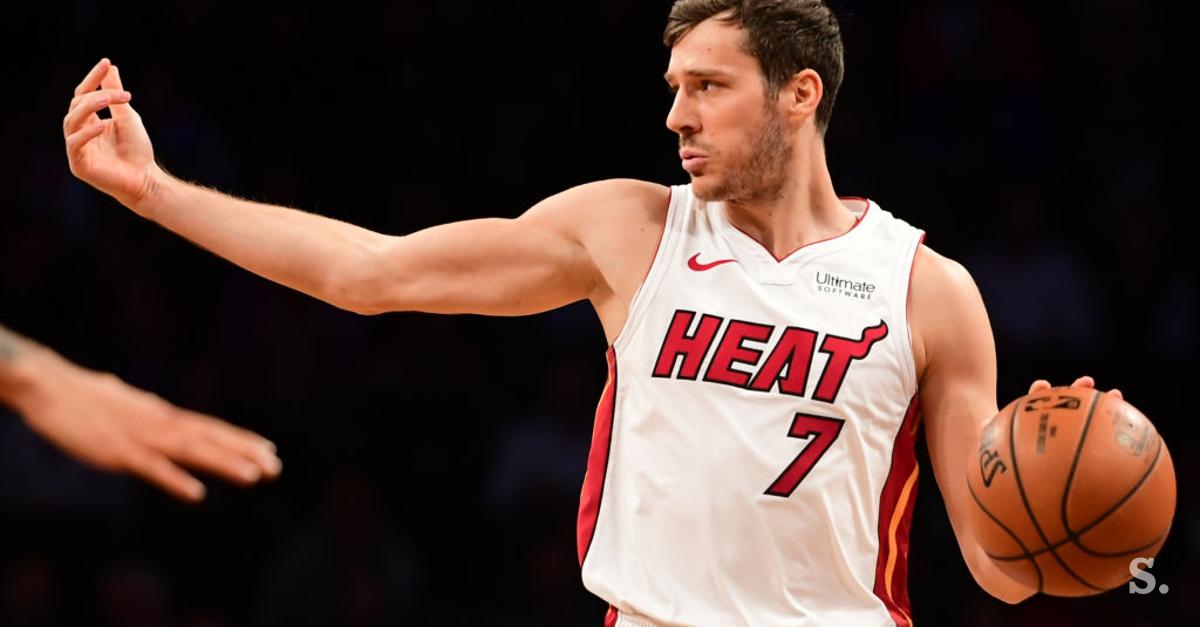 When the market opens in the NBA this summer, there is talk of a possible transfer of Goran Dragic to the Dallas Mavericks. But no flour was made of this flour, even though the captain of the golden Slovenian team was affiliated with the club of Luka Doncic. Dallas owner Mark Kuban explained that there is noise in the communication because the two parties have a different understanding of who will participate in the exchange.

The Dallas Mavericks and Miami Heat have a rich history as they played in two NBA Finals. In 2011, Teliki, led by Dirk Nowitzki, achieved success and won his only title in the most powerful league in the world.

On the first night of trading this summer, we witnessed a strange event, as Miami and Dallas had a completely different interpretation of which players should be traded.

Owned by the Dallas Mavericks Mark Cuban in an interview with the Miami Herald, he stressed that there were no disputes between the clubs after the deal had not been concluded.

"What we can say is that it was bad communication," Kuban said.


Milic: This kind of emotion touches me with #video

"There was nothing malicious in the whole story"

When they tried to hire Miami Jimmy Butler, the name was mentioned on June 30 in combination with Philadelphia and Dallas Goran Dragic, News has already spread on the Internet that the Slovenian basketball player will move to the club of which he is a member Luka Doncic,

Three hours later, news emerged that Dallas was expected to arrive Kelly Olinik and Derrick Jones, Jr.It is not daring. Miami did not want to sell Jones and pressed Dragic to the fore. Luka Doncic and Goran Dragic have played together in the national team, but have not played in the club yet.
Photo of Reuters


The Cuban did not talk about specific players, but said the following: "I was sitting in a room full of people and we already thought the deal would be concluded. We added a player to bring it out. They thought they heard something else." There was nothing malicious throughout history. Otherwise we understand Miami well and have made many changes. The rare ones obviously overlap in our conversation. "

In Dallas, they have a lot of respect for Dragic and wanted to fill the empty space in the club budget otherwise. The game organizer solution was then found with Delon Wright,

After the Dallas deal collapsed, they told Miami Dragic that they would sell it, freeing up the budget because they wanted to bring Butler. Goran Dragic has been a member of the 2015 Miami Heat.
Photo by Getty Images


When Portland made a wish of its kind Hassan Whiteside in exchange for My Harklesswho went to the LA Clippers, and Myers Leonardhowever, Miami was no longer required to sell Dragic because his salary was no longer critical of the club budget (he received $ 19 million from Miami and nearly $ 33 million from Butler).

As reported by the Miami Herald, Fever's leadership declined to comment on where it was stuck when switching players with Dallas.


Former assistant coach of Krka in the NBA