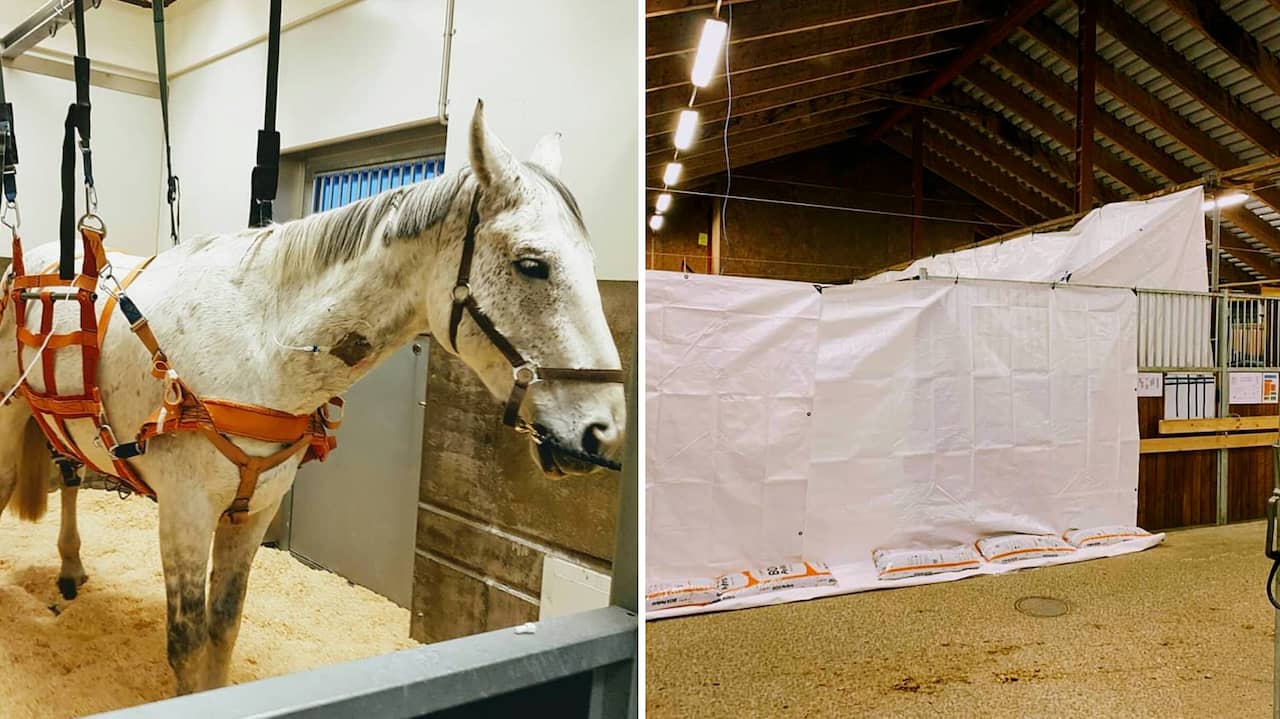 He started with one of the Skånsta rider's horses in Okersberg, who got sick on January 4th. The horse was taken to the University Hospital for Animals at the Swedish Agricultural University, SLU, because he can not walk or stand normally.

The horse is killed the next day. Veterinarians have reviewed and tested to find out what happened. Then the big problem appeared.

Veterinarians failed to announce what the test answers showed. An aggressively infected virus that spreads in the air, the so-called "abortion virus" evh-1.

"Since we have not checked the test's answers, we did not get this information that this is a deadly infection in our riding school," says Riding School manager Ann Borglund.

Infection in the stables

Currently, the infection in the entire booth is among the 65 horses at the riding school.

"If we found that we had this infection on January 10, when the test answers came, then I could isolate the booth," says Borglund.

Ann Borglund, 52, says she has been working in the stable for 30 years and only twice before you have been infected with infections.

"I've managed to close some of them and raise the walls with tarpaulins and make sure they do not all infect the entire booth. Then the situation was not as it is today, then we managed to slow down and stop everything, she says.

Borglund says that the "abortion virus" is accessible to varying degrees and that there is no cure for it. This is the most aggressive option that setstles on the nervous system that hits the horse at the Okersberg Riding School. This means that horses first get a fever and then become paralyzed.

– They are paralyzed by the hind legs. Then they have no control over their hind legs and so fall. If they have fallen, we have to kill them because we will not get our horses back, "says Ann Borglund.

On Friday night, the riding school was forced to kill a second horse. The horse was taken to the University Animal Hospital, but the hammocks used to support the upright horse were occupied by other horses. Borglund explains that hammocks can make the horse survive if he stands in three stools with support under the body.

– When the horse is on the ground and can not rise, you are responsible as a horse owner that your horse does not suffer. So we decided to remove it, she says.

Borglund does not know where the virus comes from, nor does he want to blame anyone for the infection coming into their stability.

"Rather, if I found out we had the infection, I decided it differently," says Borglund.

You need to tighten the procedures

Henrik Eriks, director of the Uppsala University Animal Hospital, regrets the incident and says he has missed the human factor.

– We did not pay attention to this test response when it arrived. We are very sorry about this and we will tighten up the practices, "says Henrik Eriksson of the Hippson magazine.