Powerful detonation in the property in downtown Malmö 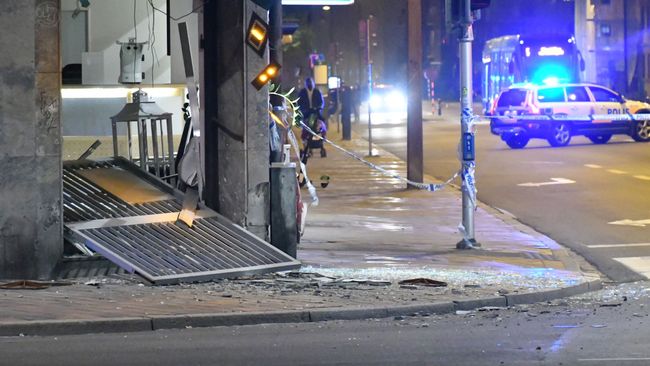 Alarm came to the police in 23.45 of people who heard a crash.

– We've got a blast of trouble in the Nobel Market. "We have patrols right now," said Rickard Lundkvist, a spokesman for the South Press police press, just before midnight.

According to the publisher of SVT Nyheter Mikel Nilsson, a detonation occurred at the entrance of the property. The damage is limited to the entrance area and the windows are crushed.

Police have blocked the area, and national police bomb protection has been called in.

There is no information that someone must have been injured in connection with the blast.

The second blast in a short time

This is the second detonation that happened within two weeks in the Nobel Market area. A very recent 12-year-old girl is injured in the neighboring property in connection with detonation.