In Bahrain, Boeing 747 deliberately sank into the sea 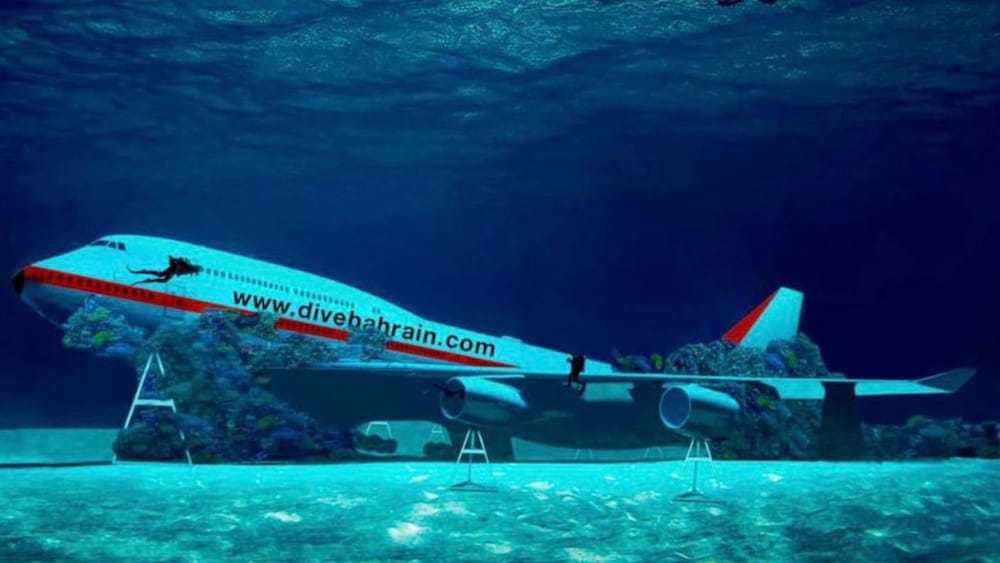 A large underwater park is built in Bahrain. The main attraction is the unused Boeing 747, located in the Persian Gulf.

It should look like this in summer in the new underwater park off the coast of Bahrain.

Politicians, businesses and consumers around the world are worried about the increasing pollution of the oceans. Bahrain looks a little interested in this: The Persian Gulf has sunk only one Boeing 747. Deliberately. This is reported by different media.

Jumbo will become the attraction of a new underwater park off the coast and will attract divers from all over the world. Since summer, tourists should be able to explore under the water the 70-meter wreck. In addition, artificial coral reefs are planned. The underwater park must cover an area of ​​100,000 square meters.

However, the initiators assure the protesting environmentalists. The fact that the Boeing 747 is at sea is completely harmless to the environment. All critical parts such as motors, cables or insulation will be removed. In addition, Jumbo should be cleaned with a special biodegradable agent.

This is not the first time the plane has been deliberately sunk. For 13 years on the Canadian coast, Boeing 737, which is popular among divers. (Pfu)