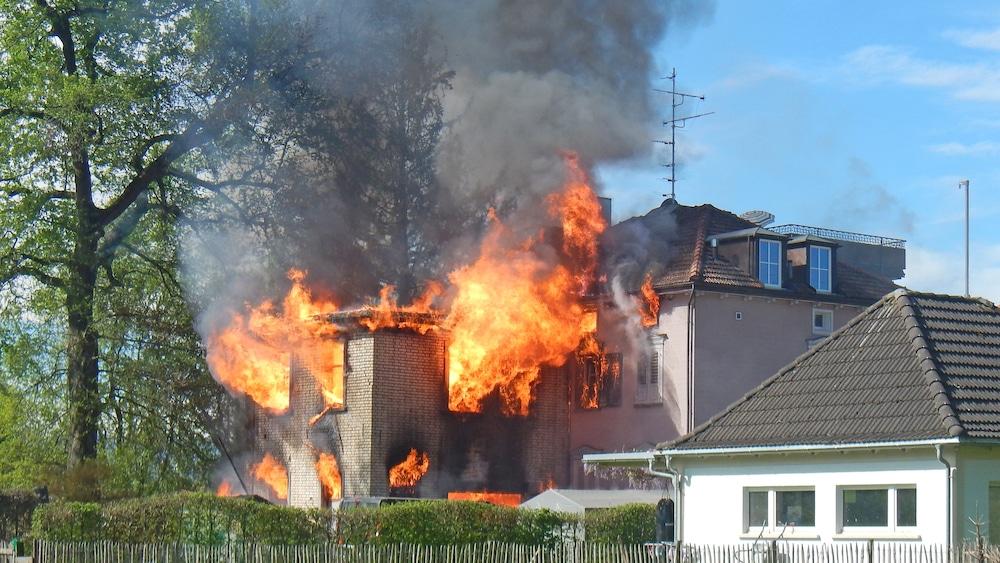 On Thursday, a fire on Lake Constance broke out at Salmsak TG. A resident of the affected residential building is considered to have disappeared after the fire.

On Thursday morning a fire destroyed a multifamily house in Salmsach TG. Because of the fire, several people warned the emergency call center in the cantons shortly after 10:15.

Immediately came out of the Salmsach fire brigade and the Romanshorn fire department. In place, approximately 80 work groups managed to quickly bring the fire under control and quench it.

Human remains found after the fire

A 55-year-old can leave the house alone. According to Mario Kristen, a spokesman for the Cantonese police in Thurgau, a man has disappeared after the fire.

As reported on Friday morning, the police found human remains after fire in the property. Whether this is the missing resident is the subject of the ongoing investigation. The identity and cause of death are currently being clarified by the Institute of Legal Medicine St. Gallen.

The cause of the fire is still unclear at present and is determined by the Fire Brigade Service and the Criminalistic Service of the Cantonal Police Turgau. The prosecution has launched a criminal investigation.

The building in which six people live is no longer habitable. The damages amount to several hundred thousand francs. (Rad / Noo)