That's why the Dutchman Virgil Van Dijk entertained the referee 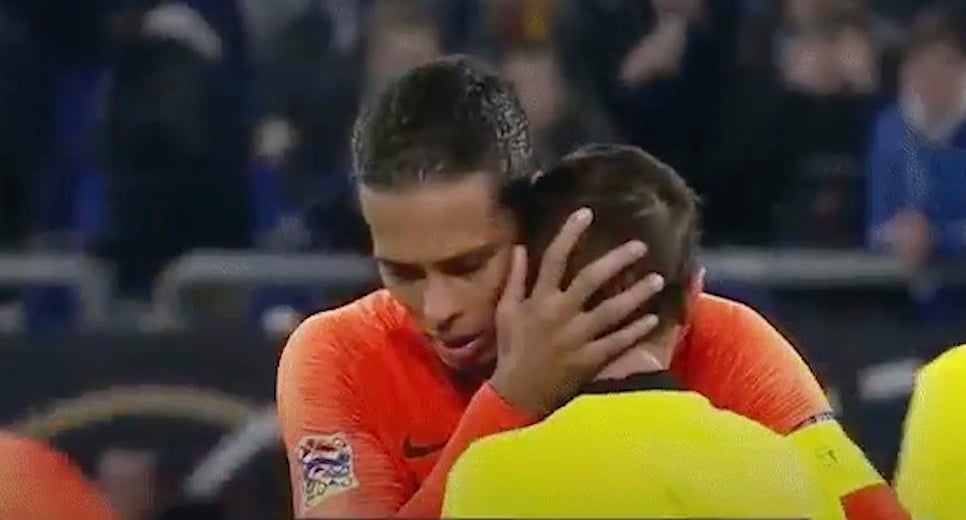 Germany and the Netherlands split on Wednesday night in Rivalenduell 2: 2. Virgil van Dijk (27) scored a fantastic equalizing goal and gained sympathy after the match ended.

This is a scene that makes your heart warm. He played in the Nation League duel between Germany and the Netherlands – in freezing cold.

Virgil van Dijk (27), the most expensive defender in the world (85 million francs), saved the Oranje with a superb volley in the 90th minute, a draw to 2: 2. But it was not the most impressive action on this unforgettable night .

This follows after the whistle. Referee Ovidiu Hategan (38) was sad, sobbing. Van Dijk noted, going to Romania. Hug him. Comfort donation. And after the match, he explained: "He told me that his mother died recently. He couldn't help it and started crying. I respected him and told him that he had brought a good referee's performance. This is rather trivial, but I hope it helps. "

This is not the only major movement that Van Dijk made during the recent international break. Last Friday, in a home match against France (2-0) in Rotterdam, the Liverpool star took care of a frozen girl (7) without further ado covering her jacket. (Say)