Lenovo hosts the finals of the Legion of Champions III. 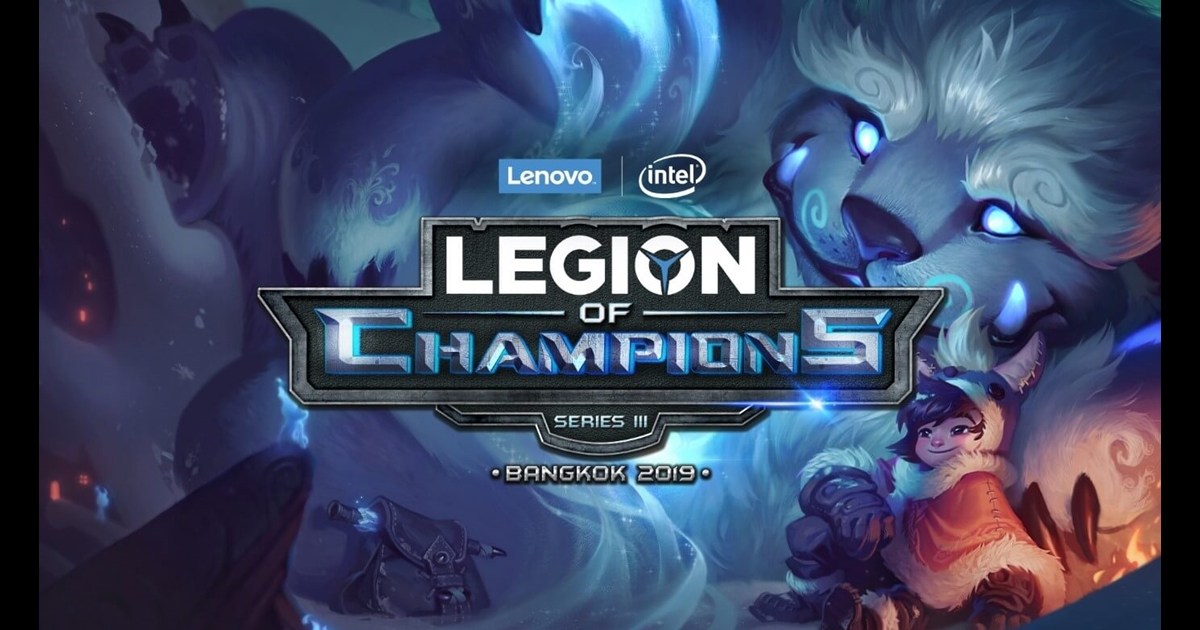 Lenovo, the world's leading computerized and intelligent company World-class device launches eSports Sports Event "Legion of champions III (LoC III)" Formally in Thailand between January 25th and 27th, 2019, competition arose from the collaboration between Lenovo and Intel. This year, more than 60 e-sports athletes participated in 11 countries in the Asia-Pacific region.

After a tremendous success in the past year with "Legion of the Championship Series II " This competition extended the country to the champions. By combining the country that entered the competition in the first finals such as India, Japan and Korea, along with teams from Hong Kong, Taiwan, Indonesia, Malaysia, the Philippines, Singapore, Thailand and Vietnam, the champions of the 11 markets went through several rounds of qualification battles locally. Before facing each other in this international finals Detained at Central Plaza Ladprao, Bangkok, from Friday, January 25th to Sunday January 27th, 2019, and after a three day tournament Over $ 5,000, 1st and 2nd teams will win prizes worth $ 3,000 and $ 2,000 respectively.

Competition of the locomotive system At the beginning of the year there were about 7,000 gamers and 20,000 participants and this success was a key driver for Lenovo to create works and activities To understand the needs and driving forces of gamers Comments and suggestions Lenovo received of gamers are the basic data Lenovo uses to develop into the current version of Lenovo Legion designed to meet today's players. This adds importance to the design of the machine The exterior is smooth, cool, stylish, and the interior is full of power to help the game run.

Hundreds of fans expect to be part of "Legion of the Championship Series III " Final this year To witness the hot fight and the birth of a new champion In addition, LoC III fans this year also have the opportunity to watch spectacles of popular idols like Sweat 16! Which is gathered to create a color and impression for everyone before the race begins

You can track the details at https://www.legionloc.com/index.php