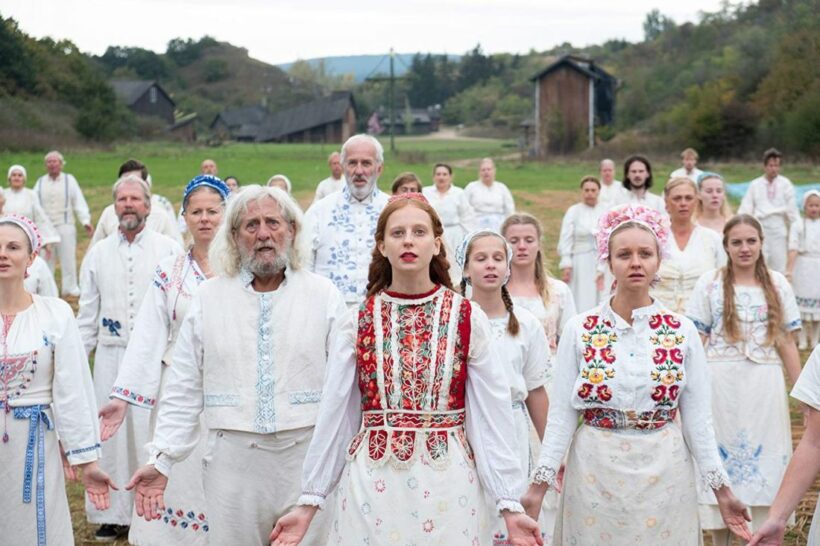 Midsommar, the Same Director as Heritage History, Who Staged a Stunning Experience in World Audiences Came This Time, He Was New Creating Horror Films That Are Not Dark, Not Bright

"Midsommar on the story of Danny and Christian American young couples who have a close relationship with the lottery But after the tragedy of the Danny family Forcing Daniel to mourn, he joins Christian and his friends on a trip to the mid-summer festival in a remote village in Sweden

Things that start with a carefree summer vacation in sunny and eternal land. It became a scary thing when the villagers invited guests to participate in the celebration behind the horrors. "

After the movie appeared, there were 2 voices, likes and dislikes. Attempting to open the review found that this Critical Side Ratings were quite high, 83%, while the overall audience was 62%, slightly higher than the average.

Peter Travers by Rolling Stone He said that Ari Astaire Another pioneer in horror films from Hereditary to Midsumar, who combines contemporary stories with heretical rituals in Sweden. If you are looking for the scariest movie ever made in the icy sun, Midsommar is a raw and sensational job.

Go to wide audience feedback. There were found to be compliments and shortcomings in the extreme.

"Don't waste your time or money! This movie is horrible. Bad stories."

"An amazing movie about the great loss and the moments of sadness that must pass."

"There's no reason to sit and watch a movie for almost two and a half hours. It's not terrible."

"Very bad. This is the worst movie I've ever watched."

"The film takes us to explore an interesting pagan ritual. Human sacrifice and abundance are exceptional in pre-Christian human society. This movie makes me think. And I laughed many times. Love the reaction of the grief community. I realized the wisdom and cruelty of the community we see to this day. "

"Nothing is reasonable. And the movie is too long. For a while, I laughed that I shouldn't laugh. It is not recommended to watch. "

"It burned him slowly and haunted me for days."

Go to experience this horrific festival with your own eyes. Today, every movie theater