The meteorite struck Jupiter. Not just narrowing it through But packed completely, bright and clear 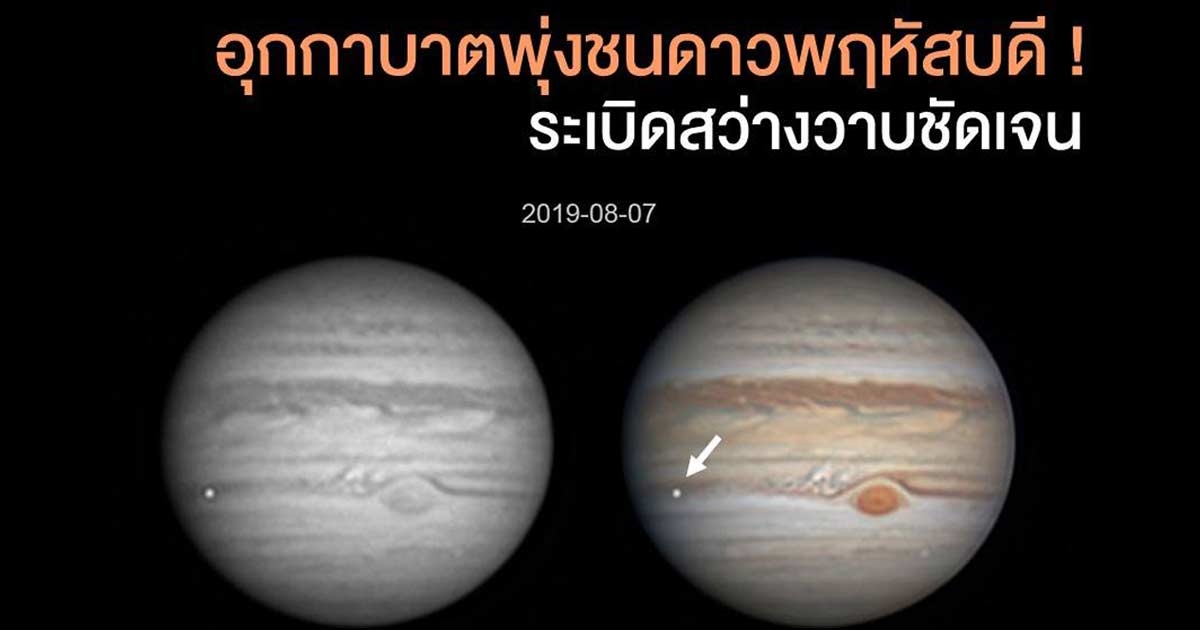 Amateur astronomer An important second clip The meteorite struck Jupiter in clear light. Not just narrowing it down

On August 11, 2019 Fan Page of the National Institute for Astronomical Research on Facebook
h reported
Ethan Chapel, an American amateur astronomer
The open glimpses of the belt below the equator (south
Equatorial Belt or Jupiter Southern Hemisphere
Such flashes appear in a short period of about 0.88 – 1.55 seconds.
The meteorite is expected to hit Jupiter and then saturate with the atmosphere and explode.

Information fromwebsite
Science Alert Claiming Ethan witnessed the incident by accident
While watching the stars in Texas I can record videos
This remarkable event took place on August 7, 2019 at 4.07 am.
According to coordinated universal time
About 11.07 hours.

Jupiter has many masses and sizes larger than Earth.

Huge gravity causes Jupiter to attract many objects nearby.
From past studies
He estimates that Jupiter has a very high chance of attracting objects
Opportunity is estimated to be higher than the world 2000 – 8,000 times. The most remarkable time was the first crash in 1994, which
Comet Shoemaker-Levy 9 (Shoemaker-Levy 9)
Jupiter's tidal forces were torn apart before they fell into the atmosphere.
It caused a big black mark that was clear at the time

however
Astronomers have not yet discovered the traces of explosions left in the atmosphere.
Hit Jupiter this time
And if it is officially confirmed
This moment will be the 7th time.
That astronomers can record the fraction of a second where a meteorite struck and exploded into Jupiter's atmosphere