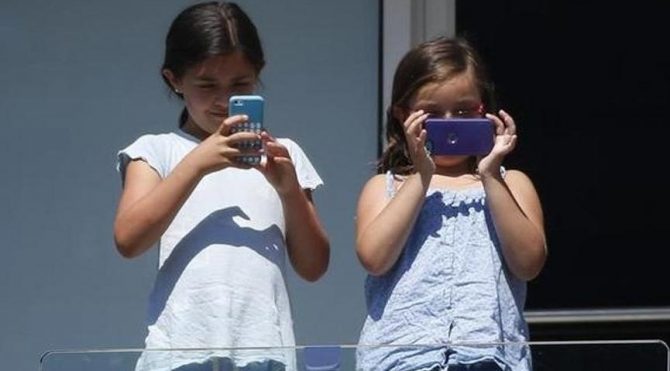 Every year there are dozens of statements about the impact of mobile phones on health. Although there is no proven impact, experts say it is helpful to be careful. VM Medical Park Mersin Hospital Surgery in Hospital and Nerve. Dr. Açıkalın, in his statement on brain tumors, also assessed the relationship between cell phones and brain tumors. Op. Dr. Açıkalın, "Brain Tumors; Generally, we can divide the brain as an uncontrolled increase in our own cells or metastases. Types of brain membrane, pituitary gland, brain glial tissue and supporting tissue are those that originate from their own cells. Also, some abnormal tissues originating from childhood can also be detected. As with any organ, benign and malignant are present. Those who jump into the brain from other organs are called metastasis and these are malignant tumors.

Attention, your body sucks them! What is the SAR value for smartphones?

"WE ARE RETURNING FOR FUNCTIONAL REASONS"

Giving information about the symptoms of brain tumors, Açıkalın said that all types are caused by brain tissue suppression and brain tissue dysfunctions. vomiting, visual disturbances are the most common symptoms. At the beginning of the compression effect of the tumor there is a visual impairment of the headache due to an increase in the pressure in the head. Weakness of the hands and feet, sensory, auditory, epileptic seizures, general epileptic attacks can be seen in areas called motor fields. All hormonal side effects can occur in pituitary tumors. Hair, milk coming from the chest, menstrual disorders, abnormal prolongation, hand and foot growth are the main side effects that can be considered. "

Dangerous value for all phones! Those who know check the value …

"Learn the value of SAR H

Mobile phones lead to brain tumors in assessing the debate about whether openal said:

– Only the phone does not cause a tumor. In addition to genetic predisposition, we can count it as the accumulation of many external factors. In other words, besides the problem of DNA, chemical factors, radiation, viral effects and traumas. Although there are controversial results from cell phone research, we think it has some effect on brain tumors. Mobile phones emit radiation, but this is not the most dangerous type of what we call ionized radiation. The issue to be addressed here; low usage of mobile phones when not in use, the farthest distance and the value of SAR (some radiation emission) in the phone used. Unknown handsets classified as SAR pose a greater risk. Foreign research companies annually declare the highest and lowest SAR values. You can get an idea of ​​these results before buying a mobile phone. Keep your mobile phone as far as possible. Find out the SAR value for your phone, that is,
Açıkalın also said that beyin Basic methods of treatment; surgery, radiotherapy and chemotherapy. Nowadays, specific radiotherapy treatments such as Gamma Knife and Cyberknife are used, and only tumor-focused radiation therapy can be used. IHA