Chelsea came to Istanbul for the Super Cup final 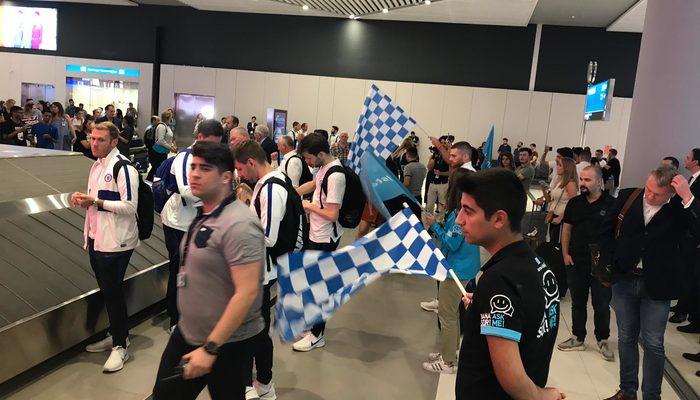 The players, the team consisting of a technical delegation and the managers, got on the team bus in the finished apron. 01.45 ranked Chelsea bus carrying the team moved to the hotel will remain in Besiktas. The team bus, the emblem of Chelsea club with the logo of the final of the 2019 UEFA Super Cup, was seen.

On the other hand, about 70 Chelsea fans came to Istanbul with the same aircraft. British fans were greeted at the International Terminal by IGA staff and the team of the group. Fans were distributed Chelsea scarves. Fans who have been waiting for luggage for a while, then move to the hotel where they will be staying. (DHA)