Great opening at the Saatchi Gallery in London! 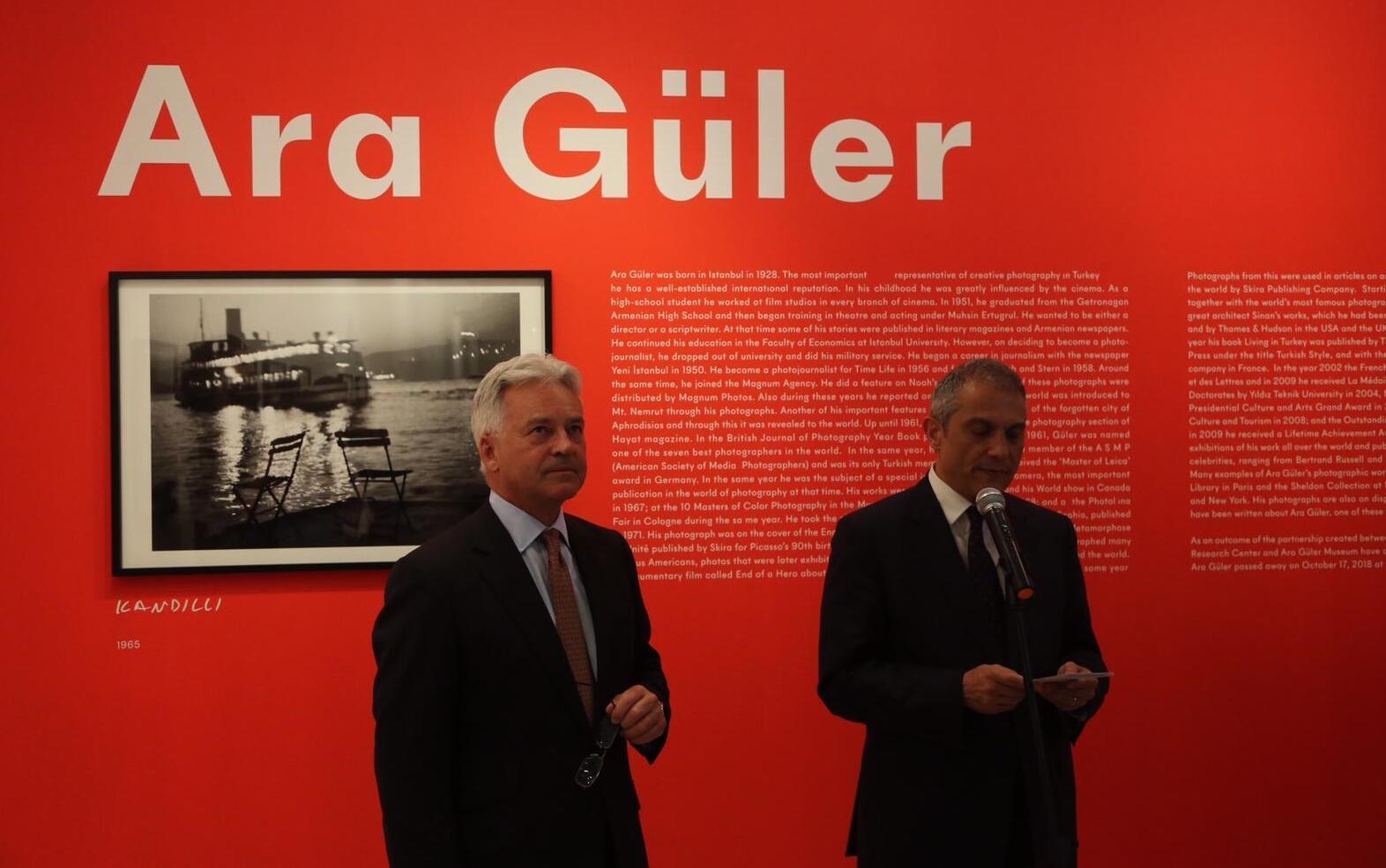 An exhibition of the famous art gallery at the Saatchi Gallery in London, United Kingdom Minister Alan Duncan and London was opened by Ambassador Yamit Yalchun Turkey.

A large number of Turkish and English guests attended the opening ceremony and participated in 14 ports with 39 photos from Istanbul.

The exhibition included portraits of names such as Winston Churchill, Alfred Hitchcock and Bertrand Russell, who celebrated the history and art of England.

In his opening statement, Duncan, a British minister for Europe, when offered to participate in something showing the ties between Turkey and the UK always immediately "yes" is not the answer, he said that this rule does.

Claiming to be one of the best photographers in the world, he has never seen himself as a visual historian, photojournalist, and puts the fate of his contemporaries at the heart of his visual history, especially in the black and white portraits of Istanbul. he does it. " – he said.

Saying that Istanbul, like London, is one of the big, ever-changing global cities, Duncan said, "I think Ara Güller really took over the character of Istanbul." He said.

Duncan, who attended the opening of Istanbul airport in October, said it was a mix of old and new, similar to the city served, and noted that it remained true to the unique historic heritage of the city.

The Gul Interface at the Children's Gifts Exhibition of Turkey was opened on April 23 in Duncan, indicating that it makes sense, he said he believes he will be a source of Ilhan Gühler working with children.

5 IN THE CITY WILL BE OPENED

The exhibition in collaboration with the Presidential and Doğuş Group Ara Guler Museum Archives and Research Center will be held in Paris, Kyoto, New York, Rome and Mogadishu after London.

Called one of the top seven photographers in the world, Ara Guler, who has the title of Leica Master, will also include photos of important heroes from other countries.

PRESIDENT BY THE PRESIDENT ERDOĞAN

The book was written by President Recep Tayyip Erdogan and the book was distributed to visitors to English in London.

President Erdogan described the previously suggested Ara Guller, who wrote about the book for the exhibition:

"Ara Guler is a truly global brand in his profession. This is the great proof that all the important figures who have left their mark on our world over the past 65 years with its ideas and government with its political struggles and their ideas and works have gone through the lens. We are proud of the nationality of the photos he has done throughout his life, which takes place in museums, collections and albums around the world today. We will always remember with respect, as one of the most perfect examples of the real profile of the artist in our country, with his unique, comprehensive and productive style.

Who is ARA GÜLER?

Ara Guler was born in 1928 in Istanbul. Gul is the most prominent representative of creative photography in Turkey and has earned a reputation on the international stage, in 1956, Time Life, Money Match and Sterne Magazine in 1958 became a photo journalist in the Middle East. In the same period Magnum Photos began distributing international photos of Ara Guler. The British Book of the Year book, published in England in 1961, describes her as one of the seven best photographers in the world. In the same year, the American Society of Photographers Magazine (AMP) was accepted and is the only member of this organization from Turkey.

Güler won the Leica Master in Germany in 1962. In the same year, Camera magazine, one of the most important publications in the world of photography, published a special issue for her. He shot the book of Hagia Sophia in 1971. The pictorial picture of Picasso Metamorphosis and the unification, prepared by Skira's publishing house for the 90th anniversary of Picasso, belongs to Guler. Guller's photographs of art and art history have been used by Time Life, Horizon, Newsweek and Skira. The images of Mimar Sinan's works, for which he has been working for years, were published in France in 1992 by Arthur Art and in the United States and Britain by Thames & Hudson as "Sinan, the architect of Soliman the Magnificent."

In 2004, she received an Honorary Doctorate from the Yildiz Technical University, the Mimar Sinan University of Fine Arts (2013) and the University of Bozachi (2014).

The Ara Güler Museum and the Archaic and Research Center Ara Guler were opened by the Doşuş Group on August 16, 2018, the 90th anniversary of the artist.
Ara Guller died on October 17, 2018, at the age of 90.