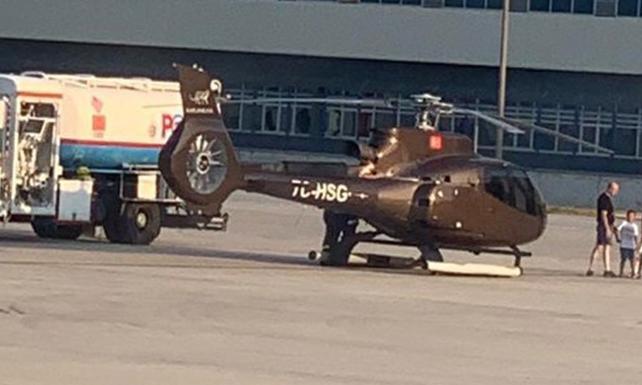 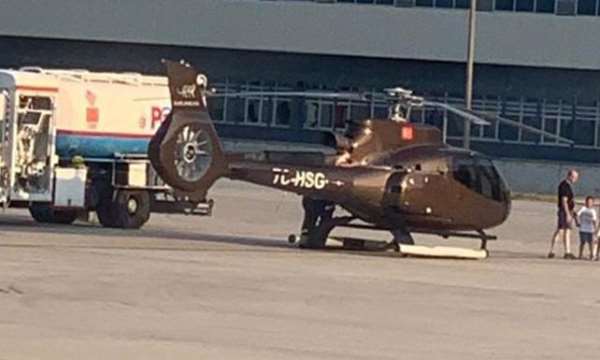 FOX TV news profile Ismail Kukukkaya on Twitter, "Bodrum's biggest danger was bypassed. 18.40 A Dicle passenger plane to Istanbul was about to take off completely and speed coincided with a helicopter landing. The pilot made a sudden reflector. a last-minute brake was taken from the aircraft and taken to the hall. "Found in action.

Küçükkaya continued to share, "Passengers talk about the possibility of collision with this helicopter if the plane does not stop at the speed of the runway. Passengers evacuated by Tiger's plane "the tower can't see how" he reacts, he said. 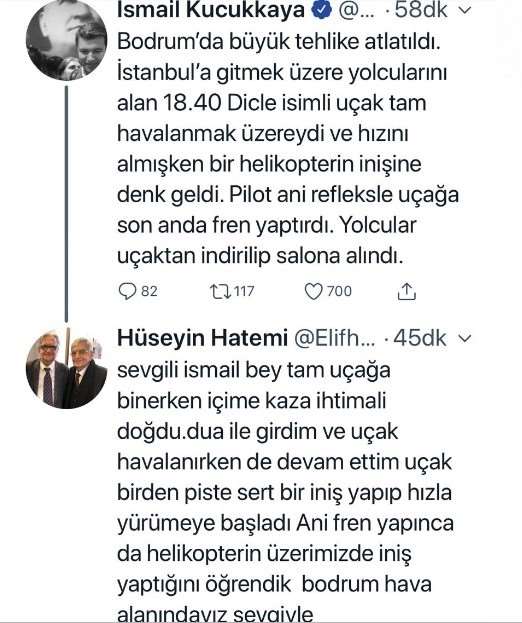 Academician Prof. Dr. Hussein Hatemi commented on Kuchkaya's share, "Dear Ismail Bay getting on the plane, the possibility of an accident was born inside me. I went in prayer and continued to take off until the plane took off. The plane suddenly made a difficult landing on the runway. When we made a sudden stop, we learned that the helicopter landed on the helicopter. , we love to be at Bodrum Airport. " uses the expression. 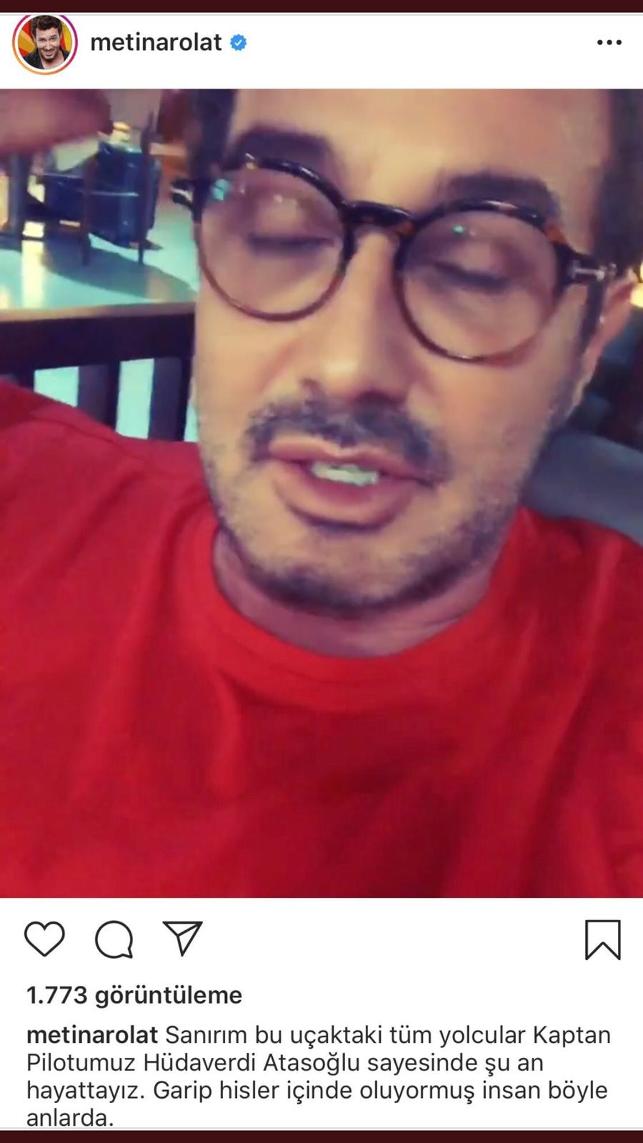 TEXT THE AROLL WAS IN THE FLIGHT

Musician Metin Arolat shared his video from his Instagram account and shared a video of the moments he experienced on the plane.