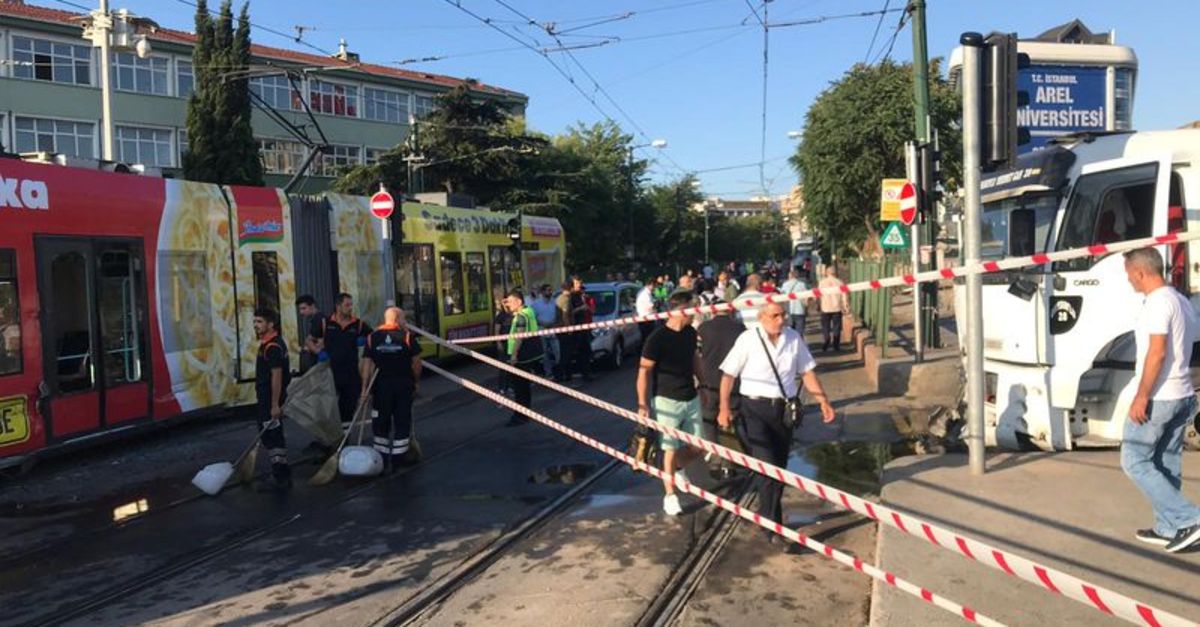 The two-way tram stops stopped due to the accident, medical teams at the accident, Istanbul metropolitan officials, metro stations and police teams were called.

Passengers who were evacuated from the tram made a transfer to the previous or next stop. No one was killed or injured in the accident.

Istanbul's Twitter account says: "T1 Kabataş-Bağcılar tram line, due to a technical failure, flights between Bağcılar-Cevizlibağ and Topkapı-Kabataş stations" has been given.