Last minute description! Domestic Minister Soylu: We do not receive a Syrian registration in Istanbul 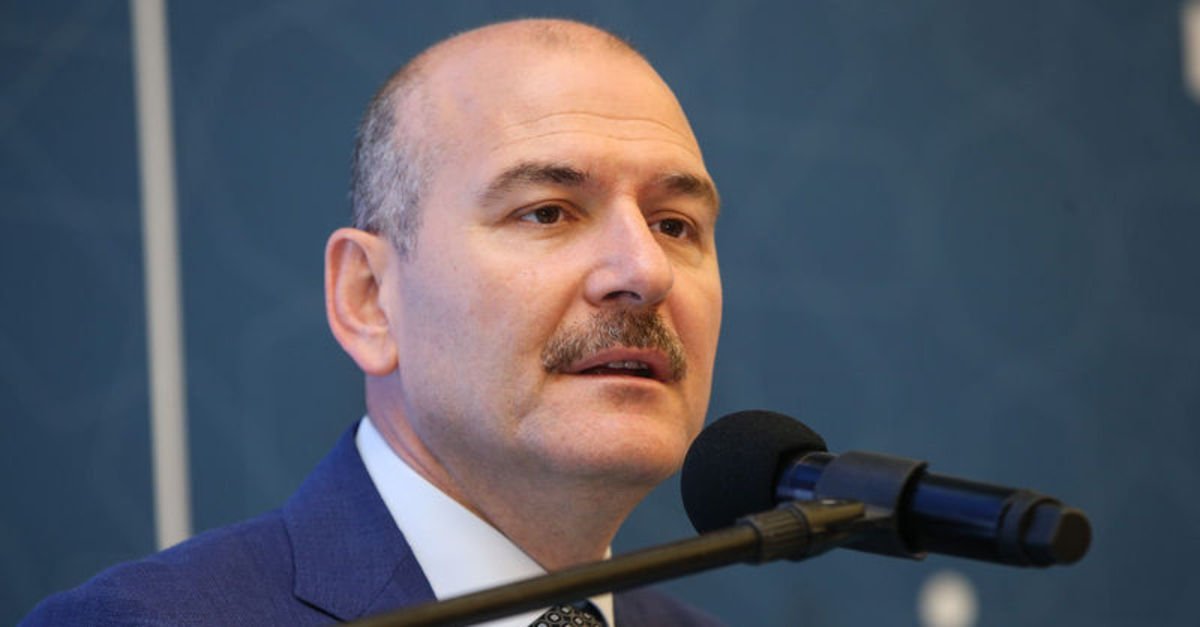 Interior Minister Süleyman Soylu said the priority will be to focus on irregular migrants, especially in large cities. No one will be able to walk indifferently. he said.

In his speech at the Migration Assessment Meeting organized by the Ministry of Interior's Directorate for Migration Management, Mr Saylu said that Istanbul is one of the most important logistical centers and transport nodes in the world and has become in a center for attracting migrants and illegal migrants.

a natural attraction center for immigrants and refugees to the West wanted to go to the city for foreigners who want to keep their lives in Turkey Noble expressed appeal center from 2011 living with Syria and the Middle East caused migration the phenomenon today Turkey has spent a lot of extraordinary He noted that an important effort had been made to address this issue, both accurately and in good faith.

Saylu said the laws on migration have entered into force and new institutions have been created.

"Today, our country, 3.6 million, has about 4.9 million foreigners, including Syrians under temporary protection." The number of Syrians registered in Istanbul is 546 000 296. These are, of course, but they are big figures of Turkey, there are Possibility to manage it as a country and its The main problem here is the prevention of illegal migration There is very serious irregular pressure to migrate from both the Middle East and Africa into Europe and this is increasing.

SECURITY RESEARCH IN THE BORDERS. T

Stressing that countries of origin met their ministers, Saylu also made significant investments in border security.
realized, modern, cameras, illuminated border walls for the continuation of the project for building walls.

Noble, construction of a 837 kilometer border guard 817 km of the installation is completed, 44 kilometer grid wires are laid, and the planned thermal cameras, patrol roads at the bottom of the border wall, say the construction of observation towers continues.

Citizens' complaints and criticism of immigration decisions stating that they were produced by Soylu said:

"Our main goal will be to turn to the illegal migrants in Istanbul, especially in the big cities, so nobody will be able to walk indifferently.
there is no. We will also try to prevent ghettoisation. In cases where illegal immigrants come and rent shops in neighborhoods and spend 20 people in a shop, this is not acceptable for public order. Especially I turn to the workers and plant owners. You rule the fugitives, put them in the factories, and then the price of the fire is burning, these illegal immigrants are paying. We can not afford that. I want the understanding of the conscience of the people who hire and hire a shop for 20 hours for 12 hours and the other 20 for 12 hours and get money from it. This is not just a segment but a social one.

"Istanbul is closed for Syrian registration"

Noble to limit the mobility of the Syrians and prevent the formation of an abusive area of ​​travel permits and the need for residence, said: "Except for the exceptions in Istanbul, Syrian registration is not taken." Istanbul is closed for Syrian registration. uses the phrase.

Saylu said efforts were being made to integrate the Syrians into society. "It is not possible to allow anyone to impose their own understanding on others and to break the established order." uses the phrase.

Despite the fact that Syriac's average participation in crime is less than half of Turkish citizens, Saylu stresses that there are centers that try to portray these people as a crime machine and produce provocative publications on this issue, and that some newspapers and broadcasting centers show irresponsible behavior and create perceptions through harassment. the work was told.

Saylu said that harassment can not be allowed, but the question is used to provoke the public.

"There are some assessments and negative approaches in some media and media about the signs, we do not say we have to go to bed in the evenings and get up in the morning, we have the rule of law, we have laws, we have principles, we have rules, we are obliged to apply it. of the signs The rule has brought that, 25% will be in the language, our duty is to guarantee public order and to implement law and order.

Noble, Killis is a good example in this regard, he also said he continued this practice in Turkey.

Yerlicaya said the number of Syrians with temporary protection was 547,000 and continued as follows:

"There are 1 million 61,000 Syrians living in Istanbul under temporary protection, and we have to add three more steps to these, those who are registered in other provinces that are defined as temporary protection who have not received our identity, who do not are registered and are acceptable The number of foreigners who live in our city with foreigners who crossed our borders without a certificate is much more than 1 million 61 thousand. "